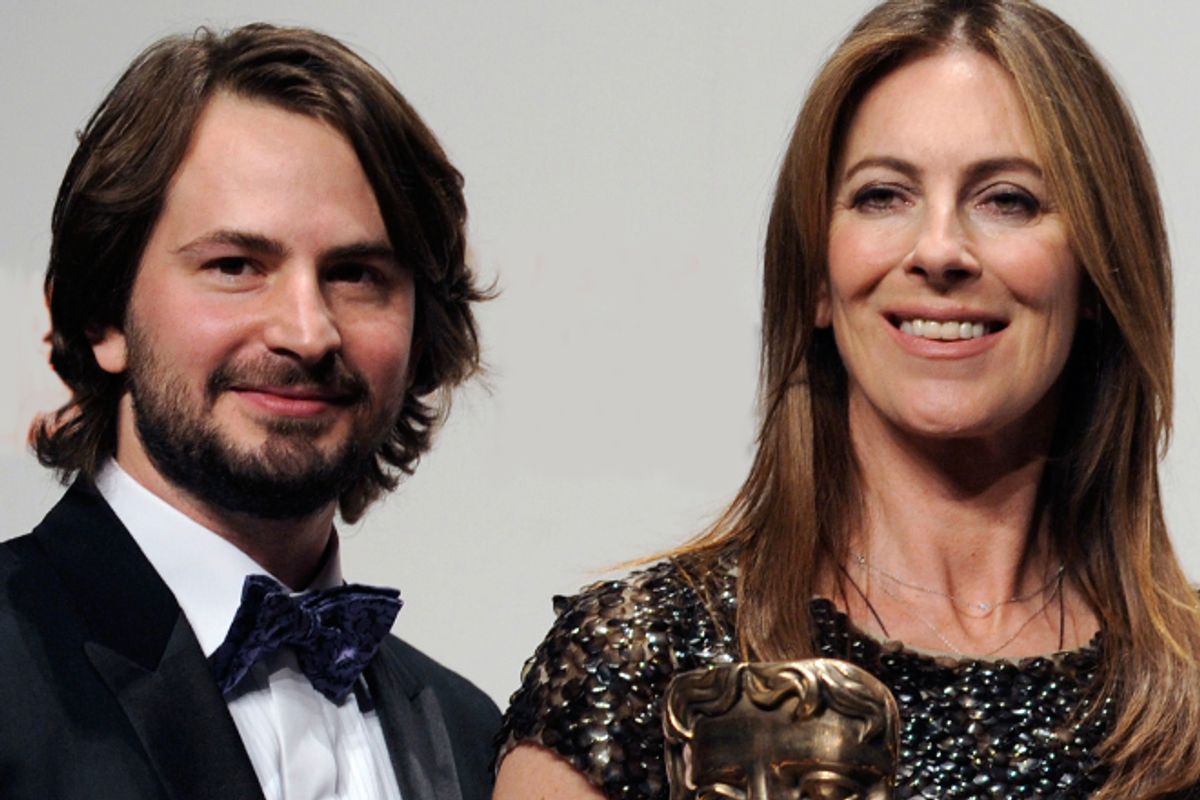 As is now well documented, the Obama administration has waged an unprecedented war on whistleblowers, prosecuting more of them under espionage statutes than all prior administrations combined: twice as many as all prior administrations combined, in fact. They are attempting, or have attempted, to imprison whistleblowers who exposed corrupt and illegal NSA eavesdropping, dangerously inept efforts to impede Iran's nuclear program (which likely strengthened it), the destructive uses of torture, and a litany of previously unknown U.S.-caused civilian deaths and other American war crimes.

But there's one type of leak of classified information that the White House not only approves of but itself routinely exploits: the type that glorifies the President for propagandistic ends. The transparency group Judicial Watch brought FOIA lawsuits against the administration seeking information regarding the Osama bin Laden raid, but the administration insisted in federal court that the operation is secret and thus not subject to disclosure (even as they were leaking details about the raid to the press).

At the same time, Judicial Watch has also sued the White House seeking documents showing the administration's collaboration with Hollywood filmmakers -- The Hurt Locker director Kathryn Bigelow and screenwriter Mark Boal -- who have been planning a big-budget, studio film from Sony recounting the raid that killed bin Laden, oh-so-coincidentally scheduled for release in October, 2012, just before the election (that's clearly a coincidence because Democrats, unlike those Bush/Cheney monsters, do not exploit national security for political gain). And, oh, just by the way: as The New York Times reported in January, "Michael Lynton, the Sony Pictures chief executive, has been a major backer of President Obama and last April attended and paid the donation fee for a high-priced political fund-raising dinner for the president on the Sony studio lot in Culver City, Calif., which was rented by the Democratic National Committee." As Maureen Dowd wrote last year:

The White House is also counting on the Kathryn Bigelow and Mark Boal big-screen version of the killing of Bin Laden to counter Obama’s growing reputation as ineffectual. The Sony film by the Oscar-winning pair who made "The Hurt Locker" will no doubt reflect the president’s cool, gutsy decision against shaky odds. Just as Obamaland was hoping, the movie is scheduled to open on Oct. 12, 2012 — perfectly timed to give a home-stretch boost to a campaign that has grown tougher.

The moviemakers are getting top-level access to the most classified mission in history from an administration that has tried to throw more people in jail for leaking classified information than the Bush administration.

[In response to the controversy and a Congressional investigation into whether they were illegally provided with classified information about the raid, Sony executives, last January, moved the film's release date to December 19, after the election.]

As part of a court order in the Judicial Watch lawsuit, the Obama administration yesterday disclosed dozens of emails from the DoD and the CIA documenting that, as NBC News put it, "the Obama administration leaked classified information to filmmakers on the raid that killed Osama bin Laden." Politico's Josh Gerstein added: "Just weeks after Pentagon and Central Intelligence Agency officials warned publicly of the dangers posed by leaks about the raid that killed Osama bin Laden, top officials at both agencies and at the White House granted Hollywood filmmakers unusual access to those involved in planning the raid and some of the methods they used to do it."

The internal administration documents -- which pointedly note that the film has a "release date set for 4th Qtr 2012 (Sep-Dec)" -- reveal enthusiastic cooperation with the filmmakers by top-level DoD officials, including Undersecretary of Defense Michael Vickers, all done at the direction of the White House. The very first DoD email indicates the request to work with the filmmakers came from the White House. Then-CIA Director Leon Panetta is deemed "very interested in supporting" the film. The documents also reveal a meeting between the filmmakers and Obama's chief counter-Terrorism adviser John Brennan and National Security Council Chief of Staff Denis McDonough, at which the two White House officials shared information about "command and control." The DoD officials meeting with the filmmakers were given the White House talking points from the night of the raid, which including hailing the President's actions as "gutsy" and stressing the heavy involvement of the White House in the raid.

In a meeting with Bigelow and Boal, Defense Undersecretary Vickers promised that, from Vickers, "you are going to get a little bit of operational stuff," but the bulk of operational details would have to come from "Secretary Gates, Adm. Mullen, Hoss Cartwright." At that meeting, they even plotted how to get the filmmakers classified information without appearing to do so. Here is the CIA's transcript of that part of the discussion (MV is Undersecretary Vickers; MB is Boal; KB is Bigelow):

In other words: military commanders have been lecturing everyone on the evils of talking about classified programs, so we can't look like we're violating that, so we'll instead direct some lower-level planner whose name you can't use to tell you everything those commanders would tell you. Also, note how the name of the SEAL planner who was to meet with the filmmakers has been blacked out in these documents, and the administration still refuses to reveal that name -- but it's perfectly OK to give that information to Hollywood filmmakers so they can produce the best possible cinematic hagiography of the President.

Obama defenders love to claim that -- unlike Bush strutting around in his fighter pilot costume --- the cool, sophisticated Obama does not boast of his imperial conquests. But as Dowd noted, Obama's "aides have made sure there are proxies to exuberantly brag on him" about bin Laden's corpse, and now -- after the President himself allowed a tongue-wagging Brian Williams into the sacred Situation Room to produce that cringe-inducing hagiography -- here they are secretly encouraging Hollywood to dramatize his oh-so-brave and powerful kill, and leaking classified information to do it. Here, from the DoD's summary of one of the meetings, is what Undersecretary Vickers (USDI) told them about how to make the film:

At one point during that meeting, Vickers had spilled so many glorifying details about the raid that he actually apologized for "talking too much" -- something Pentagon officials are never guilty of when it comes time to be held accountable in a court or at Congress -- and the filmmakers assured him: "No, no. You've been so great. You've been incredible. . . . So extraordinary. So extraordinary."

So let's review the Obama administration's rules: leaking classified information is a grave crime -- espionage! -- when done to blow the whistle on serious government corruption, deceit and illegality, and it merits decades in prison. But when it's done to enable Hollywood to produce a propaganda film glorifying the great and "gutsy" Commander-in-Chief, then it is a noble and patriotic act.

UPDATE: As numerous people in comments and elsewhere have noted, the film's new December release date still makes it likely that glorifying trailers and other film buzz will be heavily circulating prior to the November election.

On a different note: I wonder if any MSNBC shows will find the time today to mention these newly disclosed documents. Would it have been news there if Bush national security officials had been secretly meeting with and passing classified information to conservative filmmakers in order to enable the production and release of a Bush-glorifying Hollywood propaganda film a few weeks before the 2004 election?