"American Idol": Riveting despite itself

We all knew Phillip Phillips would win. Yes, the judges are nuts. So why did I feel real emotion anyway? 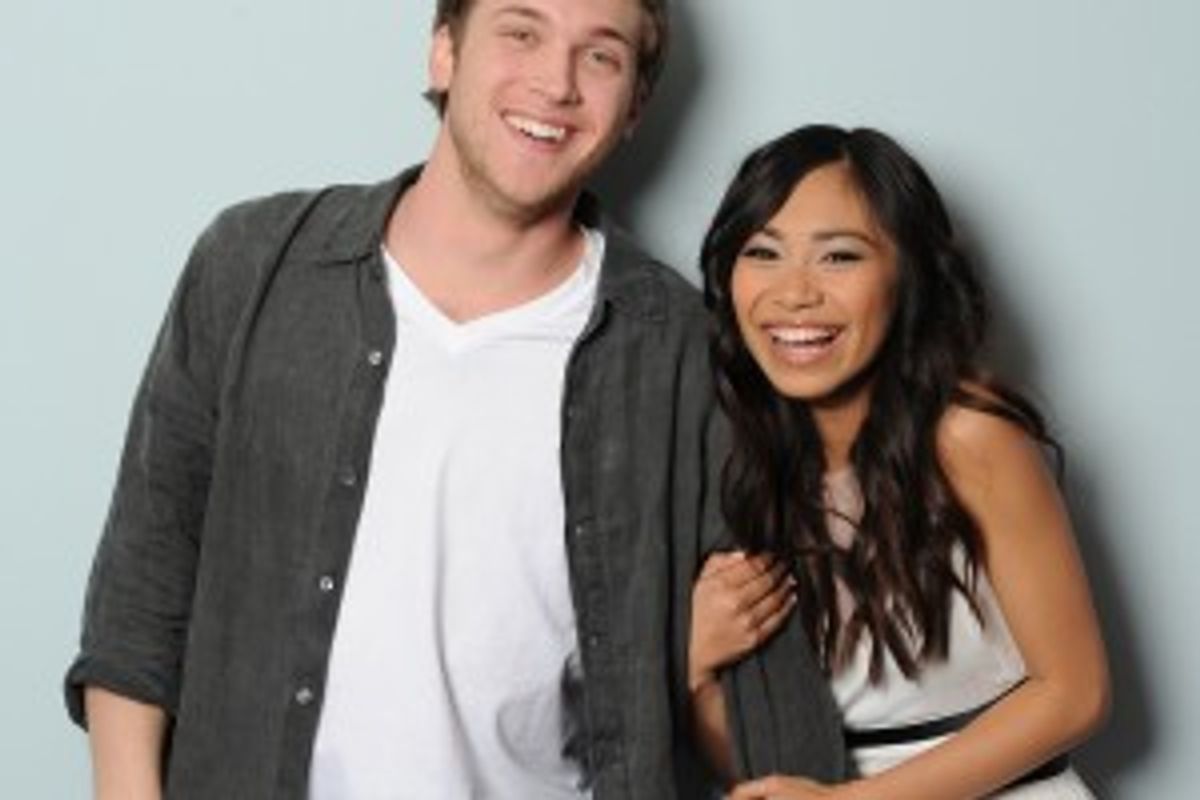 The final episode of any season of “American Idol” is always a smiling show of force, a confetti-laden massacre of time. After a nearly 40-episode season, along comes the gargantuan finale, an enormous spectacle that contains exactly one minute of real content — when the winners are announced — and two-plus hours of filler. Last night’s episode was nominally about who would be declared the winner of the 11thseason of “Idol” -- Phillip Phillips, the humorously named yet handsome guitarist with a twang in his voice and shirts cut to display exactly the appropriate sliver of chest hair, or the huge-voiced, personality-less 16-year old Jessica Sanchez. But sleepily good-looking white guys (and Scotty McCreery) have won the last four seasons of "Idol," and Phillips was pretty much a lock before the night even began. And so it is a commendation to the near-military professionalism of “Idol” that somehow, for the last half-hour or so, I was riveted to the screen.

The beginning went by in a busy, boring blur. Ryan Seacrest in his tuxedo informed the crowd that 132 million votes had been cast this year (the number of votes cast in the last presidential election: 129 million. Though that doesn’t count teenage girls voting over and over and over again for a guy named Phillip Phillips.) John Fogerty and his mop top of dyed dark hair clanked his voice against Phillips for a while. One of this year’s contestants kept distracting me from the group numbers with her uncanny resemblance to Florence Henderson. Chaka Kahn flirted dangerously with camel toe. Steven Tyler was filmed playing with a three-toed sloth, revealing that he and a three-toed sloth have the exact same hairdo. Jennifer Lopez performed a medley in a sparkly dhoti.

And then Ryan Seacrest invited former contestants Diana Degarmo, who was 16 when she was the runner-up in Season 3, and the long-haired Ace Young, a contestant in Season 5, up onstage. They waved hello, and Young said, “This has always been home to us, and I felt this was the perfect place to ask a simple question.” Ryan chirped, “Dim the lights!” And then Young proposed to a surprised-looking Degarmo — with the help of David Webb jewelry. (Never forget your sponsors.) “I love you to death, you’re my best friend, and I will do anything in my power to have the most unimaginable, amazing life together, if you’ll have me. Diana Nicole DeGarmo … will you … marry … me?” he asked on bended knee. She nodded yes, the “Idol” theme music swelled, and these two newly engaged people, having significantly boosted their chances of getting some reality show company to pay for their wedding, embraced onstage as the show hurried mercilessly, ceaselessly on, this time to the thematically appropriate duet  “You’ll Never Walk Alone.”

A wave of emotions crashed over me. I realized I had been screaming at the television. (“Nooooarghhhahaahaeeeee” or something like that.) While this was, on a human level, so ill-advised — what is wrong with doing private things in private???— it was also undeniably entrancing television. The “Idol” machine had struck again. What if these two kids had chosen to get engaged off camera? In the relative privacy of, say, a Cheesecake Factory? Would we, the audience, have been forced to watch a supercut of Steven Tyler’s most lascivious comments instead? One of Jennifer Lopez saying sweetie over and over again? Or just more commercials? When I thought of it this way, I could almost appreciate the utilitarian sacrifice of Degarmo and Young's privacy and dignity: The entertainment of the many outweighs the needs of the few.

But this engagement was not the highlight of this episode. No, the ever crafty “Idol” had waiting in the wings a tactical tour de force: Jennifer Holliday, the Tony Award-winning actress who originated the role of Effie in the Broadway production of “Dreamgirls,” and so is the ur-performer of “I’m Telling You I’m Not Going,” that canonical musical competition song and a number the teenage Jessica Sanchez  has been singing for nearly her whole life. Holliday and Sanchez came onstage to do a nominal duet of the song, which turned into an extended solo. (Sanchez's willingness to let Holliday steal this number right out from under her is the most likable thing she's done all season.) Holliday, who looks like she can dislocate her jaw on command, and at various points seemed poised to inhale Sanchez with no need for chewing, absolutely destroyed this song, and did so in such joyful, reckless disregard for what she looked like while doing so  — here are some gifs of her in the act — that it almost wiped out the sourness of the engagement sequence. Here was a public act, one that was meant to be public, performed with such passion, it felt private: Who can possibly know what is going on inside of a person’s body or mind when they are as possessed by anything as Holliday was by this song?

When Ryan Seacrest finally told Phillip Phillips he had won, after 10 o’clock at night, he picked up his guitar and began to sing. Ever since Kelly Clarkson cried her way through “A Moment Like This” in the show's first season, the winner is expected to perform their new single at the end of the show.  But halfway through “Home,” Phillips broke off, to sob. The background singers kept singing, and the confetti kept falling, but Phillips didn’t even try to get back on the mic. For about a minute, he stood on stage, quiet music playing in the background, trying to pull himself together, to do what was expected of him. He couldn't. He didn't sing again. Instead, he walked offstage to his family, who pulled him into a big group hug, inadvertently hiding his face from the cameras. At which point, I think that I got something in my eye.