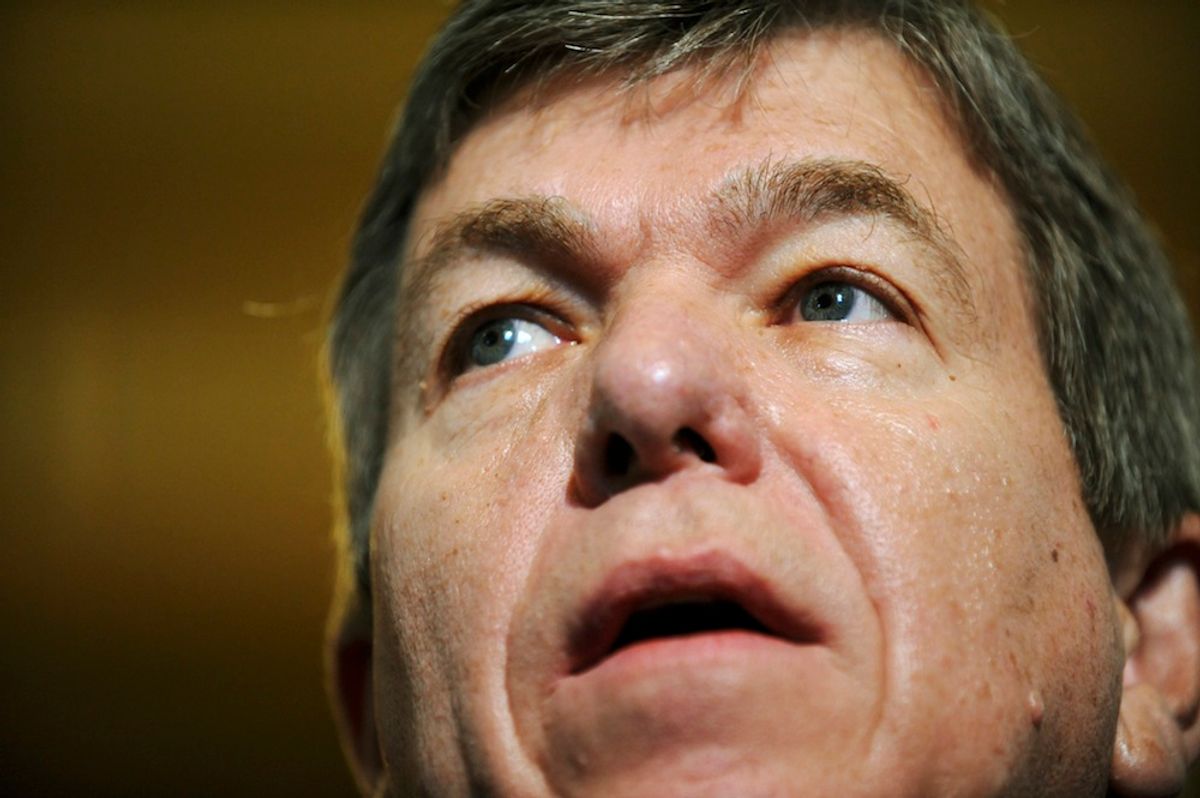 Sen. Roy Blunt, R-Mo., gave a strong defense yesterday of a portion of the Affordable Care Act that allows children up to 26 years old to remain on their parents' health insurance plans, breaking a bit from the GOP’s hard-line opposition to Obamacare.

Blunt endorsed Mitt Romney early on and led the campaign’s efforts to recruit Republican lawmakers during the GOP primary. But his comments in an interview on KTRS radio in St. Louis may give Boston some heartburn as it tries to convince conservative voters that Romney, who enacted the predecessor of Obamacare in Massachusetts, will actually repeal the healthcare law.

“It’s one of the things that I think should continue to be the case,” Blunt said of the “dependent coverage” provision, explaining that “it’s a way to get a significant number of the uninsured into an insurance group without much cost,” because young people are generally healthy.

Blunt noted that he even introduced a bill when he was in the House that would do exactly what the provision of the Affordable Care Act does now, saying, “I was for it then, and I’d be for it now.” “You’re breaking some news,” host McGraw Milhaven quipped.

While Blunt said he still favors repealing most of the health law, he would want to preserve a few sections, including the dependent coverage provision and the creation of high-risk pools for patients with preexisting conditions.

Romney has repeatedly vowed to fully repeal the Affordable Care Act, though he hasn’t spoken out specifically on the dependent coverage provision and he enacted a similar provision as governor. The provision is hugely popular, even though the overall law is not. And while Republican leaders supported the extension of coverage to 26-year-olds as recently as 2009, when it was included in the GOP’s healthcare alternative proposal, the GOP’s message today is that they’re for a complete repeal of the law, including the minimum coverage provision.

This got Sen. Scott Brown, R-Mass., in trouble after it was revealed that he takes advantage of Obamacare to make sure his daughter has insurance.