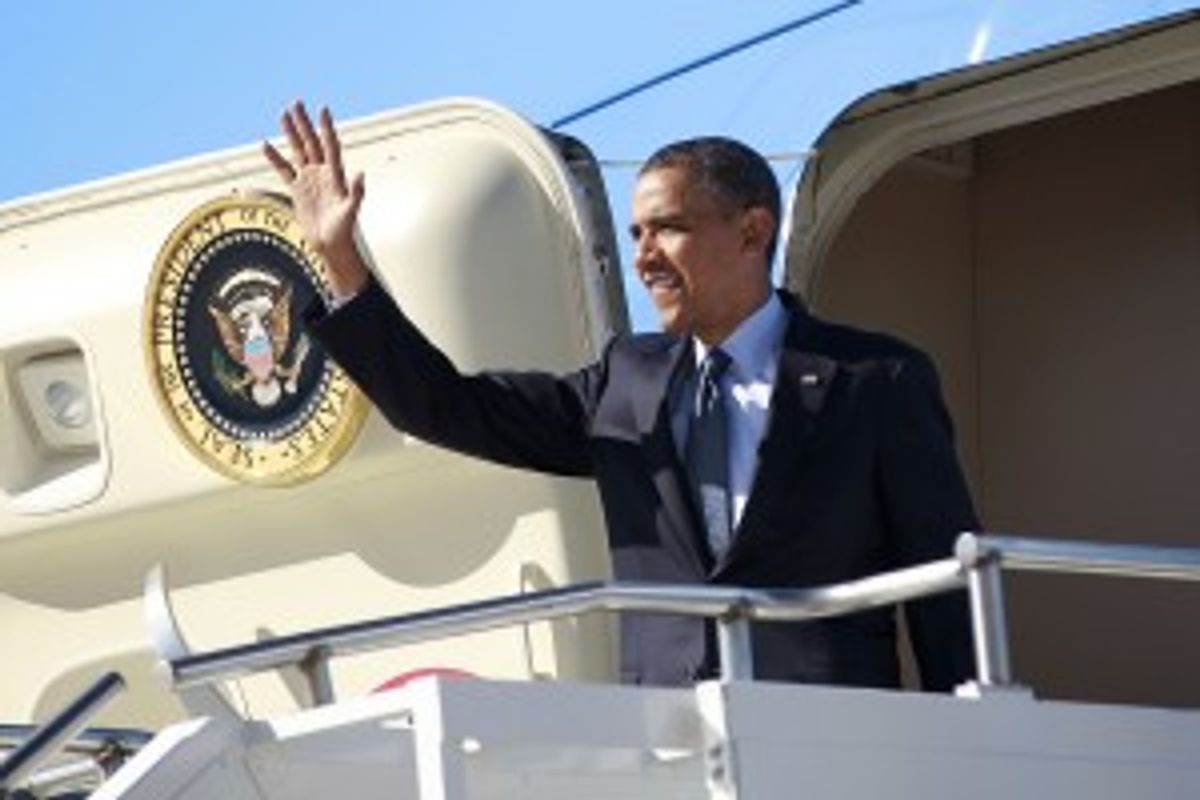 In 2006, The New York Times' James Risen and Eric Lichtblau won the Pulitzer Prize for their December, 2005 article revealing that the Bush administration was eavesdropping on the electronic communications of Americans without the warrants required by the FISA law (headline: "Bush Lets U.S. Spy on Callers Without Courts" "Officials Say U.S. Wiretaps Exceeded Law"). Even though multiple federal judges eventually ruled the program illegal, that scandal generated no accountability of any kind for two reasons: (1) federal courts ultimately accepted the arguments of the Bush and Obama DOJs that the legality of Bush's domestic spying program should not be judicially reviewed; and (2) the Democratic-led Congress, in 2008, enacted the Bush-designed FISA Amendments Act, which not only retroactively immunized the nation's telecom giants for their illegal participation in that spying program and thus terminated pending lawsuits, but worse, also legalized the vast bulk of the Bush spying program by vesting vast new powers in the U.S. Government to eavesdrop without warrants (in his memoir, President Bush gleefully recounted that the 2008 eavesdropping bill supported by the Democrats gave him more than he ever expected).

It was then-Sen. Obama's vote in favor of the FISA Amendments Act that caused the first serious Election Year rift between him and his own supporters. Obama's vote in favor of the bill was so controversial for two independent reasons: (1) when he was seeking the Democratic nomination only a few months earlier and needed the support of the progressive base, Obama unequivocally vowed to filibuster "any bill that includes retroactive immunity for telecommunications companies," only to turn around once he had secured the nomination and not only vote against a filibuster of that bill but then vote in favor of the bill itself; and (2) the bill itself legalized vast new powers of warrantless eavesdropping: powers which the Democratic Party (and Obama) had spent years denouncing (as Yale Law Professor Jack Balkin put it at the time: "Through the FISA Amendments Act of 2008, Congress has legitimated many of the same things people are now complaining about"). When Obama announced his reversal, his defenders insisted he was only doing it so that he could win the election and then use his power as President to stop warrantless eavesdropping abuses, while Obama himself claimed he voted for the FISA bill "with the firm intention -- once I’m sworn in as President -- to have my Attorney General conduct a comprehensive review of all our surveillance programs, and to make further recommendations on any steps needed to preserve civil liberties and to prevent executive branch abuse in the future."

The only positive aspect of the FISA Amendments Act of 2008 was that Congress imposed a four-year sunset provision on the new warrantless eavesdropping powers it authorized. That sunset provision is set to expire and -- surprise, surprise -- the Obama administration, just like it did for the Patriot Act, is demanding its full-scale renewal without a single change or reform:

A key Senate panel voted Tuesday to extend a contested 2008 provision of foreign intelligence surveillance law that is set to expire at year’s end.

The vote is the first step toward what the Obama administration hopes will be a speedy renewal of an expanded authority under the Foreign Intelligence Surveillance Act to monitor the U.S. e-mails and phone calls of overseas targets in an effort to prevent international terrorist attacks on the country.

Director of National Intelligence James R. Clapper Jr. called the move by the Senate Select Committee on Intelligence “important” to the effort to ensure that authorities can identify terrorist operatives and thwart plots. Extending the provision is the intelligence community’s top legislative priority this year.

Remember the George W. Bush warrantless wiretapping program? The one that was so illegal that Congress had to pass a special law to ensure that no one was prosecuted for it or sued by their customers for facilitating it? And was found by independent reviewers to be pretty pointless anyway? And was then brilliantly codified and written into stone by Congress? And which almost immediately went off the rails, being used to collect all sorts of stuff it wasn’t supposed to? It’s back!

The FISA Amendments Act of 2008 (FAA) rewrote our surveillance laws, which had generally required a warrant or court order for surveillance of people in the US. Under the FAA, the government can get a year-long programmatic court order for general bulk collection of Americans’ international communications without specifying who will be tapped.  It is up to the administration to decide that on its own after the fact, without any judicial review. . . .  Once the National Security Agency sucks up these phone calls, texts, emails and Internet records, it can use them pursuant to secret rules that they swear protect our privacy.

That it is now the Obama administration serving as chief crusaders for warrantless eavesdropping powers -- once the symbol of Bush radicalism -- is telling enough. But there are numerous key facts that make the administration's demands for reform-free renewal all the more remarkable:

First, even Senators on the Intelligence Committee -- such as Democrats Ron Wyden and Mark Udall -- have made repeatedly clear that there are basic facts about how this law affects the communications of ordinary Americans which even they have not been provided, including even a rough estimate of how many Americans have had their emails read or calls listened to by the NSA under this law.

Second, the Director of National Intelligence, in response to the inquiries from those two Senators, has claimed that "it is not reasonably possible to identify the number of people located in the United States whose communications may have been reviewed under the authority of the [FISA Amendments Act]." Note that he cannot even identify the number of Americans whose communications have been actually "reviewed," not merely stored, by the NSA (The Washington Post previously reported that "every day, collection systems at the National Security Agency intercept and store 1.7 billion e-mails, phone calls and other types of communications"). How can Congress even think about renewing these warrantless eavesdropping powers when even the members on the Intelligence Committee are deprived of the most basic information about how they are used and how many Americans have their communications invaded without warrants?

Third, there is ample evidence of recent abuse of the warrantless surveillance powers vested by the FAA. As the ACLU explained in its letter to Congress this week urging reforms to the bill:

Of course, now that there's a Democrat in the Oval Office, many Good Progressives discount claims made by the ACLU (here, for instance, is one of them today -- Oliver Willis, a Research Fellow at Media Matters -- denouncing the ACLU (and me) as "hysterical" for our concerns raised over domestic drones, both of the surveillance and armed variety). So for those types of individuals: here's the New York Times article detailing the rampant abuse under this law.

Fourth, and perhaps worst of all, the Obama administration is aggressively seeking to block any efforts to have federal courts rule on the constitutionality of this new FISA law. Immediately after its 2008 passage, the ACLU, on behalf of journalists, activists, and writers, sued to invalidate the law on the ground that it violates the Fourth Amendment rights of Americans by subjecting them to warrantless eavesdropping. As they always do in such cases, the Bush and Obama DOJs demanded dismissal of the suit on the ground of "standing": namely, they asserted the definitively Kafkaesque claim that because the list of Americans who have their conversations intercepted is kept secret, the plaintiffs cannot prove they were eavesdropped on under the law, and thus lack "standing" to challenge it.

This warped argument -- along with the "state secrets" privilege -- is the one that the DOJ has most frequently invoked to place their War on Terror conduct beyond the reach of the rule of law. But in the ACLU lawsuit, something unusual happened: a federal appeals court panel refused to dismiss the ACLU's lawsuit on this ground, holding that the plaintiffs' reasonable fear that they would be subject to the warrantless eavesdropping powers conferred "standing" entitling them to challenge the law. The full Second Circuit Court of Appeals (by a 6-6 vote) refused to reverse that ruling, creating an important precedent that would allow citizens to challenge an unconstitutional law even when the Government's secrecy prevents them from proving that they were personally subjected to it (it was this Second Circuit precedent that a federal judge recently relied upon in ruling that various writers and journalists could challenge the constitutionality of the NDAA even though they were not yet indefinitely detained under it, and after finding standing on that basis, she then halted use of the NDAA's detention powers on the ground that it is likely unconstitutional).

But rather than let that ACLU standing precedent remain -- and then proceed to defend the constitutionality of the 2008 eavesdropping law on the merits -- the Obama DOJ urged the Supreme Court to review and overturn the Second Circuit's ruling. This week, the Supreme Court announced it was accepting this case for review, and many legal experts believe they would not have agreed to review the ACLU ruling unless they intended to overturn it. So as the Obama administration pressures Congress to renew this eavesdropping law without a single reform, they simultaneously act to block courts even from ruling whether the law is constitutional. And in the process, they threaten to obliterate one of the very few judicial precedents that results in government leaders being subjected to minimal accountability under the law for their secret behavior.

Fifth, the Obama administration has perfectly adopted the standard tactic used by Bush officials to coerce approval of any surveillance power they want and to smear anyone questioning those powers. Namely, they insist that the Terrorists will get us all if they do not get their way, and that anyone opposing their demands will have the blood of Americans on their hands. Recall Harry Reid's attacks on those urging reforms to the Patriot Act last year ("'When the clock strikes midnight tomorrow, we will be giving terrorists the opportunity to plot against our country undetected,' Reid said, referring to the law's expiration this week. 'The senator from Kentucky is threatening to take away the best tools we have for stopping them'"). Similarly, Holder and Clapper warn that rapid, reform-free extension of their eavesdropping powers is necessary "to avoid any interruption in our use of these authorities to protect the American people": because, apparently, just like Bush officials insisted, it's impossible to Keep America Safe if you first have to obtain warrants before eavesdropping on them.

The continuously expanding Surveillance State in the United States is easily one of the most consequential and under-discussed political developments. And few are doing more to ensure it continues than top-level Obama national security officials.

This morning, the Center for Constitutional Rights filed a legal petition with the Army Court of Criminal Appeals seeking public access to the transcripts and court proceedings in Bradley Manning's court-martial, and I -- along with The Nation, Amy Goodman, Jeremy Scahill, Kevin Gosztola, WikiLeaks and others -- am a petitioner in that action. You can read about it here, and the petition itself is here.