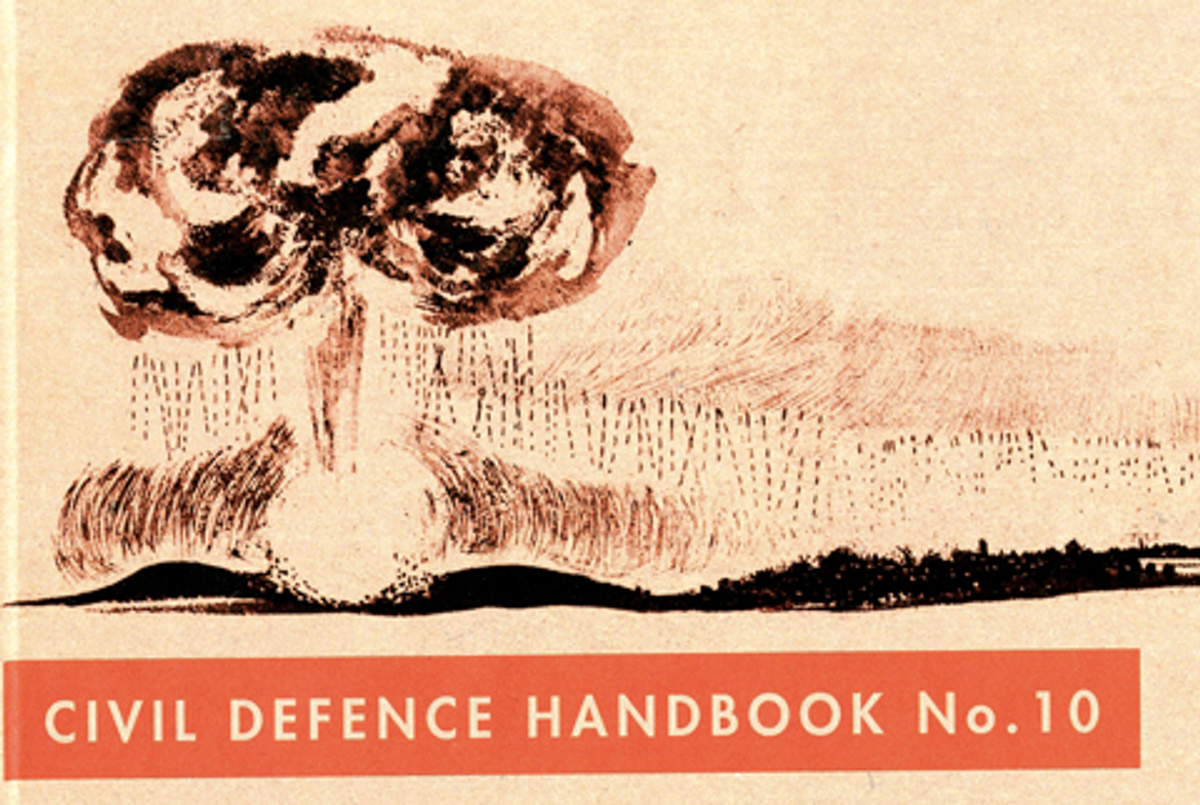 England has a long tradition of dystopian prophecy in literature and cinema. The likes of H.G. Wells, George Orwell, J.G. Ballard, and Ridley Scott all seem to revel in presenting doomsday scenarios. Films such as 1961's "The Day the Earth Caught Fire," and the 1965 BBC docudrama "The War Game," depicting a Soviet nuclear strike on England, as well as books like Raymond Briggs' "When the Wind Blows," a deceivingly innocent tale of untold horror, are among the works that underscore the British fascination with and fixation on nuclear devastation.

Fascination? More like well-earned trepidation. After all, during World War II, London was blitzed nightly by German bombs and rockets, its citizenry enduring what most civilized beings could barely imagine. If Hitler had developed the atomic bomb, England would have suffered the same fate as Hiroshima and Nagasaki.

England was forced to develop a sophisticated civil-defense apparatus, which included publishing cautionary guides like this handbook "Advising The Householder on Protection Against Nuclear Attack." With the same kind of low-key narrative that a "householder" might read on how to survive a bug or rodent infestation, this "training publication for the civil defense, the police and fire services" addresses protective measures, needed equipment, what to do after an attack, and how to "manage" life "under fall-out conditions." The text is reservedly quaint, underplaying the tragic impact of nuclear war, and the illustrations lack the slightest hint of horror. Indeed, by Jove, it is actually kind of comforting.

Similar handbooks in the United States were shrill by comparison. While they suggested that survival was possible, the magnitude of a nuclear attack was never minimized.

This handbook was republished by the V&A in 2008—for what purpose, other than nostalgia, is unclear. I reproduce it here as a curio from a time when our biggest enemy was the Soviet Union. With all the natural and man-made potential catastrophes at our doorstep, one almost longs for those days.