She never thought of herself as ambitious, until motherhood and career collided in one horrifying hospital ride 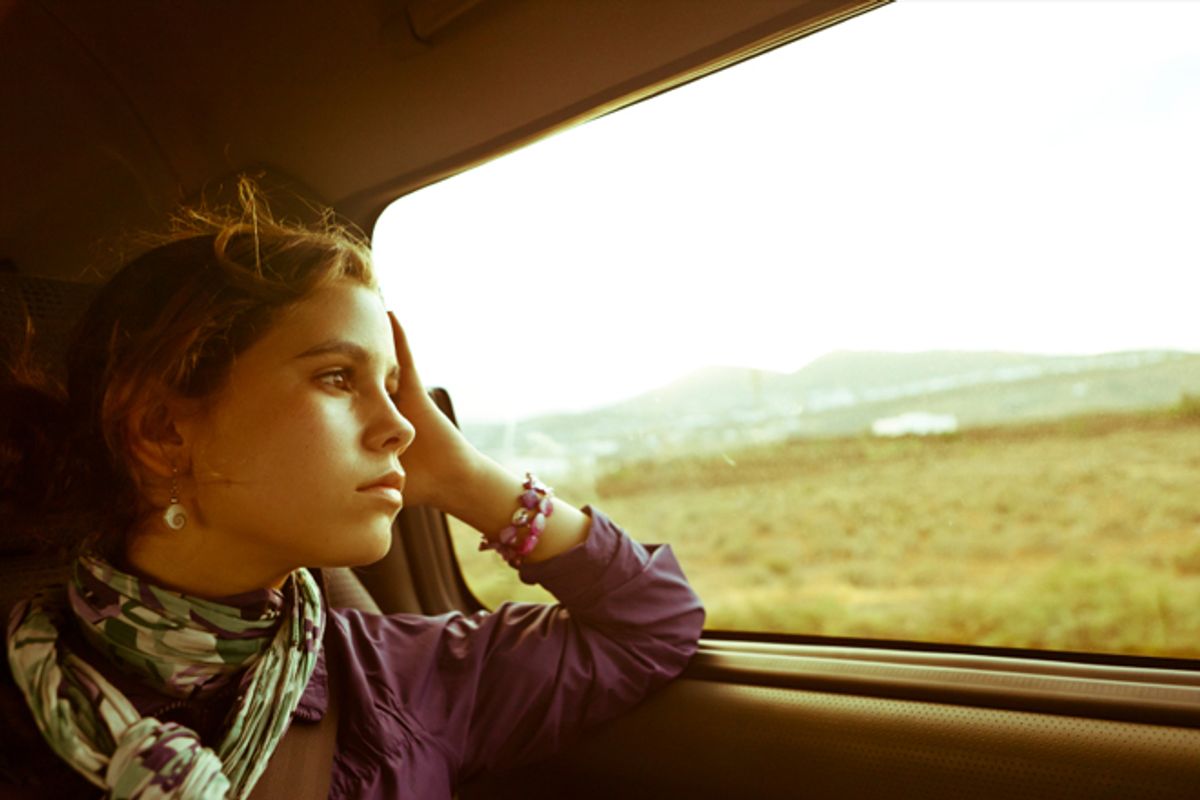 It's just before dawn when Isabel puts the final page down on the fat stack of paper that sits on the rumpled bedspread, next to an overflowing crystal ashtray and a crumpled soft-pack of cigarettes. She'd tried Wellbutrin and Xanax; she'd used patches and gum. In the end, the only thing that made her quit smoking was being pregnant.

But then, after everything, she couldn't help but start up again. At first it was just a single cigarette per day, or two. Then it became a few, and within months she was back to full-throttle. Over the past couple of years, she's tried to quit a few times, but not seriously. She anticipates — she accepts — failure. Because she doesn't want to quit, not really. She wants instead to try, and fail.

Isabel picks up the manuscript with both hands, flips it over, and uses her thumbs to align the pages. She takes a deep breath, lets out a long sigh.

Another night lying in bed, working. She'd fallen asleep at 11, then woke sometime after 2, her mind unquiet. But it wasn't until 3 that she admitted she was awake. She then picked up a manuscript and a pencil, and started working, page after page, all through the desperate hours. Vaguely reminiscent of those days when Nicky was an infant, in the middle of the night, sleep-deprived, awake in a dormant world. The small hours when a blanket of quiet smothers the city, but through the moth-eaten holes there's the occasional lowing of a railroad in New Jersey, the distant Dopplered wail of an ambulance siren. Then the inevitable thump of the newspaper on the doormat, the end of the idea of night, even though it's still dark out.

She stares across the room, off into the black nothingness of the picture window on the opposite wall, its severe surface barely softened by the half-drawn shades, an aggressive void invading the serene cocoon of her bedroom. The room is barely lit by a small bullet-shaped reading sconce mounted over the headboard, aiming a beam of light directly at the top of her head, creating a halo in the reflection in the window. An angel. Except she's not.

Isabel shuffles into the dark hall, flips the light switch. She turns on the kitchen lights, and the coffee — switched from auto-on, which is set to start brewing an hour from now, to on — and the small television on the counter. Filling the lonely apartment with humming electronic life.

The coffee machine hisses and sputters, big plops falling into the tempered glass. She watches the contraption's clock, changing from 5:48 to 5:49. Grabs the plastic handle of the carafe and fills the mug with hot, viscous, bitter, bracing caffeination. She takes a small sip, then a larger one.

She walks down the hall, lined with the photographs that she'd unearthed four years ago, when she was moving out of her matrimonial apartment, into this single-woman space in a new neighborhood, far from the painful memories of her home — of her life — downtown, where she'd been running into too many mothers, often with their children. Women she'd known from the playgrounds and the toy stores and the mommy-and-me music classes, from the gyms and grocers and coffee shops, from preschool drop-off and the waiting room at the pediatrician's. All those other little children growing older, getting bigger.

So she'd bought herself a one-bedroom in an uptown full-service building, the type of apartment that a woman chooses when she reconciles herself that she's not going to be living with another human being, probably forever. That she's making her loneliness comfortable. Palliative care.

She lined this nice new hallway with framed photos. There she is, herself, a smiling little toddler. And with her mother on the first day of second grade. At college graduation with her two best friends. There are her grandparents, at the final family reunion before they both died, within weeks of each other. Isabel in a big white dress, aglow, in the middle of the panoramic-lens group shot. A much smaller print, lying in a hospital bed, beaming at Nicky in her arms, tiny and red and angry in his swaddling blanket and blue cap. A grainy shot of herself onstage in a little black dress, accepting an award, beaming again, but not as wide. Some joys aren't as joyous as others.

It was more than possible — it was inevitable — to blame herself, her ambition, even though she'd never thought of herself as especially ambitious. But everyone has important moments, in any job, at any level of ambition. In the Supreme Court or a fourth-grade classroom, on an assembly line or a fishing boat, there are crucial days.

For Isabel the literary agent, this day was dominated by an auction she was running for a hotly anticipated second novel, whose author needed a lot of hand-holding, and whose bidders kept increasing their offers every half-hour, from mid-five figures to high-sixes in the course of the day. This lucrative 9-to-6 was followed by a 7 o'clock black-tie that included an honor for, and an interminable speech by, a different author of hers. So this frantic day, it featured a wardrobe change. And the evening portion was just as important work as the daytime; just because there was liquor and food and fancy dress didn't mean it wasn't work.

The nanny called a couple times during Isabel's 16 hours at work, worrying that Nicky's cold or flu or whatever was getting worse. Dave was away on a business trip, and Isabel didn't want Lupe to be the one to go to the doctor with Nicky; the nanny's English would be generously described as weak, and sometimes that mattered. So Isabel made an appointment for first thing the next morning. Anyone would've done the same thing.

Isabel returned home after midnight, exhausted. She thanked Lupe and sent her home in a taxi, and let her cocktail dress fall to the floor, and collapsed into bed.

She was awakened at dawn by the screaming. Nicky was burning up, 106. She rushed downstairs with the boy in her arms, and ran around the block, panting and desperate, until she found a taxi.  "Don't worry, Sweetie," she said. "We'll be at the doctor's in a minute." The hospital was only a mile away.

The taxi peeled away from the curb, the eerie blue light washing over the dingy white garbage trucks, the Mexican kids swabbing down the sidewalks in front of all-night delis, the street-cart vendors positioning their pastries in front of office buildings, the joggers with reflective stripes down their shorts, the normal business of a city's day starting, coming to life.

"Are we there yet?" Nicky asked, as he had so many times. From the back seat of the shiny SUV that was cleaned every week by the guys in the garage, on their way out to the weekend house in East Hampton, back when her life looked like something to be envied. He had said it on the way to visit Dave's parents in Oyster Bay, or hers upstate in the Hudson Valley. While heading to Vermont, for a ski weekend; to Cape Cod, to visit friends; to the Bronx Zoo and the Brooklyn Aquarium, Yankee Stadium and Citi Field. It was something the little boy asked, all the time.

But this was the last time.

In the back of the moldy-smelling taxi she pushed the fever-damp hair off her son's hot forehead. "Nearly," she said. He shut his eyes, and then slipped silently into a coma, there on the slippery silver vinyl seat of the taxi.

An hour later, Nicky was dead. A supervirus, said the young doctor, who had been up all night, up for who knows how long, working; he was tired and frustrated, and perhaps not as tactful as he could've been.

At the end of the hall Isabel stops at the spotlit photograph, a small black-and-white in the center of a vast expanse of stark white matting. A little boy, her baby, laughing on a rocky beach, running out of gentle surf, holding a little toy hammer. Isabel reaches her hand to her lips, plants a kiss on her fingers, and transfers the kiss to the little boy. As she does every morning.

There was, the doctor added, almost nothing she could've done. Almost.