Even Justin Bieber has a dark side 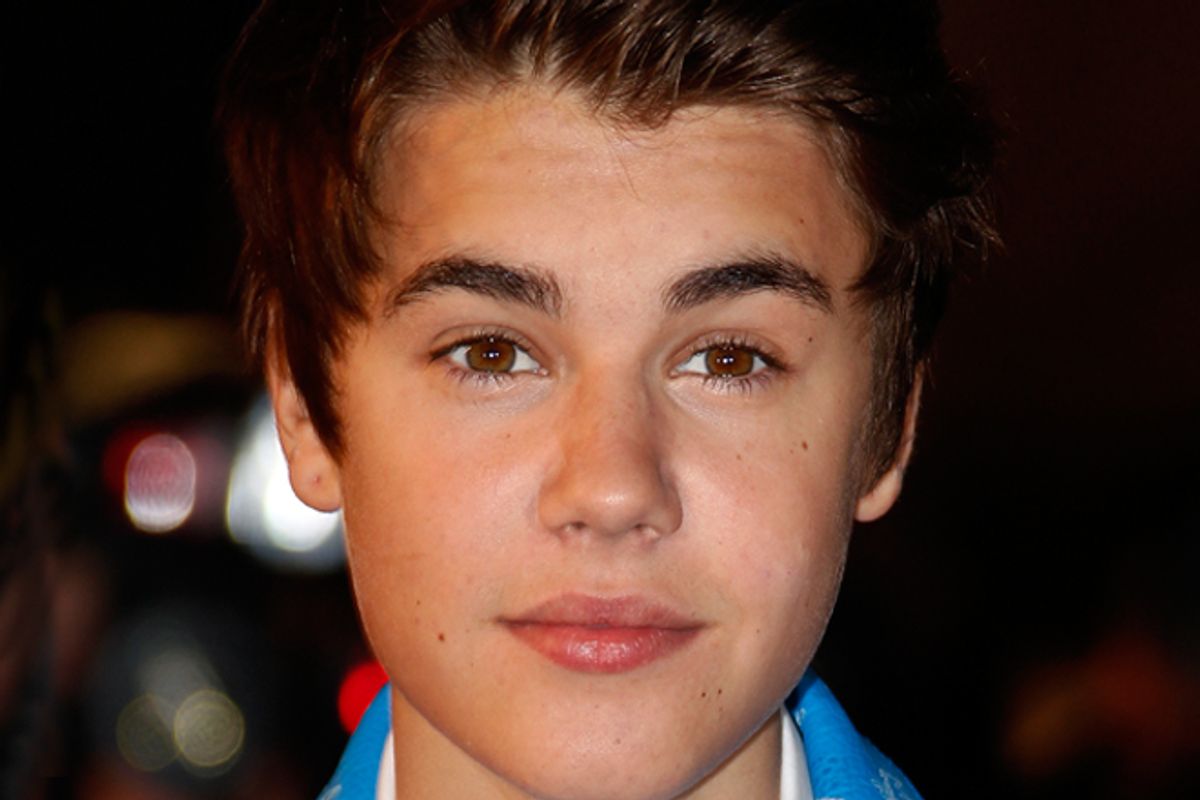 When you think of Justin Bieber, the first thing that leaps to mind probably isn't "spoiling for a fight, international fugitive." But this weekend, the doe-eyed, blow-dried young idol startled his fans – and at least one paparazzo who underestimated him – by allegedly taking a swing at a photographer at a Calabasas shopping mall.

The lensman claims Bieber hit him as he was taking photos of the singer with his girlfriend Selena Gomez. After complaining of pain, the photographer was taken to the hospital and released shortly after. TMZ reports that witnesses say the man was blocking Bieber's car and that after the scuffle, a person identifying himself as a lawyer approached the photographer and suggested he call an ambulance and file a police report. Sheriff's department spokesperson Lillian Peck refused to comment on the case, but if a report has been filed, Bieber, who left the scene after the incident, would now be the subject of a police investigation.

Meanwhile, the singer has said nothing of the incident, opting instead to alert fans that he's "OFF TO EUROPE! PHASE 1 of operation secret concerts!" The guy who spars with Mike Tyson is so tough that he doesn't even acknowledge his alleged brawls.

It must be a particularly pugilistic time of year. Earlier this month, Will Smith slapped a Ukrainian television journalist who tried to kiss him at the Russian premiere of "Men in Black III." Smith then told the crowd, "He's lucky I didn't sucker-punch him."

Whatever went down, neither Bieber nor Smith are the first celebrities to get into it with an invasive press. Three years ago James Gandolfini hit a man who was videotaping him shopping in New York City. And Sean Penn has a long and storied history of mixing it up with the paparazzi – mostly recently in 2009, when he pleaded no contest to vandalism after allegedly "kicking and punching" photographer Jordan Dawes.

Whenever a celebrity loses his cool with a reporter or photographer, the story inevitably turns into an occasion for getting judgmental about both sides. You don't have to look far in the comments of any article on the Bieber story to see a range of self-righteous responses -- disgust at the invasiveness of the photographer, incredulity that the seemingly mild-mannered J.B. could take anybody on, the inevitable disdain for a famous person who dares to erupt in anger.

The fact that it's Bieber makes the story so unique. It's a reminder that everyone – even guys with soccer-mom hairstyles and Disney princess girlfriends – has their breaking point. It's one thing when Nic Cage goes ballistic. What else is new? But there's an assumption that nice guys like Will Smith and Justin Bieber never lose their cool. That they exist to blandly take whatever invades their orbit with the unflappable grace of Ryan Seacrest getting ashes tossed on him at the Oscars. Yet in an era of long lenses and the easy assumption that everyone in the public eye is fair game to be touched, to be thwarted in their movements, to have their privacy violated, it might be helpful for the gossipmongers and ambulance chasers alike to remember that everyone has a dark side. And that someday, Betty White just might haul off and belt you.