The future of whiteness

Both Republican and Democratic racial politics are doomed. How culture shifts will reshape American ideas on race 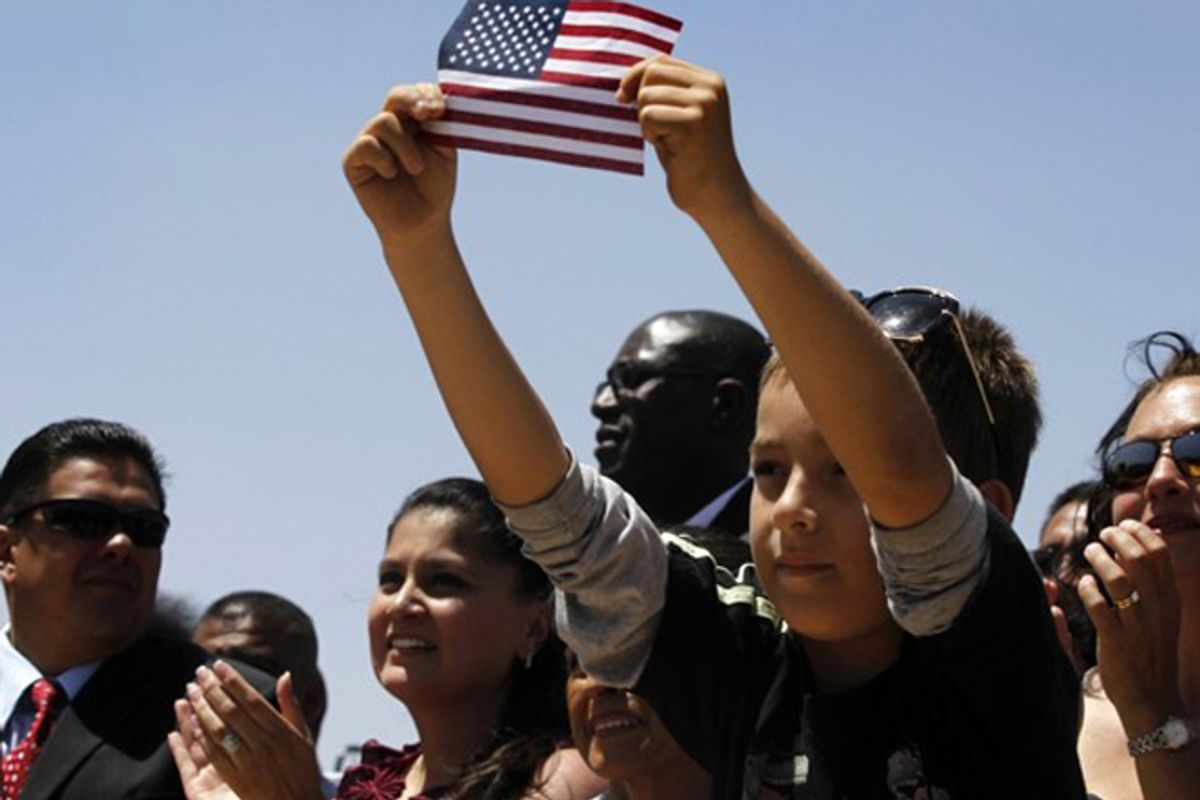 The Census Bureau has announced that a majority of new-born infants in the U.S. now belong to categories other than what the U.S. federal government calls “non-Hispanic white.”

While so-called “non-Hispanic whites” still account for 49.6 percent of American newborns, immigration has expanded the Hispanic and Asian categories, while the African-American or black share of the U.S. population has remained roughly constant. Whether they celebrate or dread it, progressive champions of the “rainbow coalition” and white conservative nativists at least agree on one fact: In the future, whites in the U.S. will be a minority.

But what if both the multicultural left and the nativist right are wrong? Definitions of racial identity in the U.S. have changed over time. In the twentieth century, Americans with different degrees of African ancestry who in earlier generations would have been described as negroes, quadroons and octoroons were all lumped together in a single category as blacks. And in the nineteenth century, eminent American ethnologists debated the question of whether Irish-Americans belonged to the same race as Anglo-Americans.

In the 1970s, the federal government came up with the bizarre “non-Hispanic white” label, lumping together Arab-Americans, Norwegian-Americans and Irish-Americans into a single government-created pseudo-race. To compound the absurdity, at the same time the federal government invented a category of “Hispanics” who, as government forms invariably note, “may be of any race.” The artificial “Hispanic” category is even more preposterous than the “non-Hispanic white” category, including blond, blue-eyed South Americans of German descent as well as Mexican-American mestizos and Puerto Ricans of predominantly African descent.

These government racial labels are increasingly out of touch with America’s fluid demographic reality. But for the sake of argument, let us take America’s official racial classifications, all too reminiscent of Soviet nationality labels, at face value. According to polls, a slight majority of Hispanics (or Latinos) identify themselves as “white.” Between 2000 and 2010, the percentage of government-labeled Hispanics who identified as “other race” dropped in percentage from 42 to 37 while those who identified as white rose from 48 to 53 percent.

If self-described “white” Hispanics are annexed to the “non-Hispanic white” group in order to form a single category of “whites” (Hispanic and non-Hispanic), then the emergence of a “nonwhite” majority in the U.S. is postponed by generations and perhaps indefinitely.

What is more, by the third generation, a majority of Hispanics marry outside of their ethnic group, mostly but not exclusively into the non-Hispanic white population. It is possible that their children will identify themselves as “mixed race” or “other race” — categories for self-labeling that have been allowed in recent Census counts. But it is more likely that the unscientific but powerful cultural category of “whiteness” will be enlarged to include Hispanics and Asians and their children as “non-Hispanic whites.”

In a widely-reprinted 1998 article for the New York Times Magazine, “The Beige and the Black,” I pointed out that America’s nonrational caste system has been binary: not white/nonwhite, but black/nonblack. Because “white” really means “nonblack,” the arbitrary white category is infinitely elastic, capable of being enlarged to include practically anybody who is not clearly of black African descent. While Hispanics and Asians have suffered from vicious bigotry in American history, anti-black prejudice has always been the organizing principle of caste in American culture.

In the 21st century, then, the U.S. population is not likely to be crisply divided among whites, blacks, Hispanics, Asians and American Indians. Nor is it likely to be split two ways, between whites and nonwhites. Rather, we are most likely to see something more complicated: a white-Asian-Hispanic melting-pot majority -- a hard-to-differentiate group of beige Americans -- offset by a minority consisting of blacks who have been left out of the melting pot once again.

(This is a prediction on my part, not a prescription. Rather than witness the redefinition of whiteness, from Anglo-American to Euro-American to Euro-Latino-Asian American, I would rather live to see a truly post-racist America in which caste is completely expunged from culture and consciousness. But I am reporting trends, not creating them; please don’t shoot the messenger.)

Today’s Republican right seems intent on treating the ridiculous government category of “non-Hispanic white” as though it represented a core community of  “real Americans,” excluding black Americans and protected from demographic inundation by Hispanics, or “Third World hordes” as the gentlemanly Patrick Buchanan politely calls our fellow citizens of Latin American descent. Quite apart from betraying its roots in the Republicanism of Lincoln and the abolitionists, a Republican Party whose image of the American nation excludes not only blacks but also Hispanics and their descendants is doomed in electoral politics.

Democrats are right about that. But progressives are wrong to imagine that a new “majority of minorities” is about to emerge and create a lasting majority for the Democrats. The success of white nativists in the GOP in driving away Hispanic voters may help the Democrats for a few more electoral cycles, but sooner or later Republican politicians who are tired of losing will challenge the neo-Confederate wing of their party and practice a more racially-inclusive politics of the kind pioneered by George W. Bush and his brother Jeb Bush, with his Hispanic wife and mixed-race children.

Nor should progressives assume that Hispanics and their mixed-race progeny will remain loyal to the Democrats for generations to come. The fact that Anglo-American nativists in the Republican Party in the early 1900s tried to keep their ancestors out of the country does not deter most working-class white “ethnics” of Irish and Italian descent in the U.S. from voting for today’s GOP. Like earlier waves of immigrants, Hispanics are likely to change in their political values as a result of assimilation and upward mobility.

What does this mean for black Americans? On the one hand, the persistence of an informal “white” majority defined in opposition to the black minority would mean further delay in the realization of a truly post-racist America.

On the other hand, black Americans made much more rapid advances during the New Deal/Civil Rights era, when the melting of European ethnic differences created an overwhelming “white” majority for a time, than they have done since mass immigration made them the second largest official “minority” in the U.S. after Hispanics. The truth is that the “rainbow coalition” strategy of uniting minorities has helped other groups more than blacks. Affirmative action in higher education, for example, while doing little to help the majority of black Americans who do not go to college, has benefited upper-middle-class white women, who are part of the white majority (and, if they are affluent, part of the social elite within the dominant group). Programs like affirmative action and minority business set-asides, originally designed to help the descendants of American slaves, lost all moral credibility when they were opened up to white women and recent Hispanic and Asian immigrants, notwithstanding the feeble “diversity” rationale that America’s white oligarchy invented to rationalize them.

It remains to be seen how changing racial conceptions shape American politics. But if demography is destiny, one thing is clear — in the long run, both the diversitarian left and the nativist right are doomed.