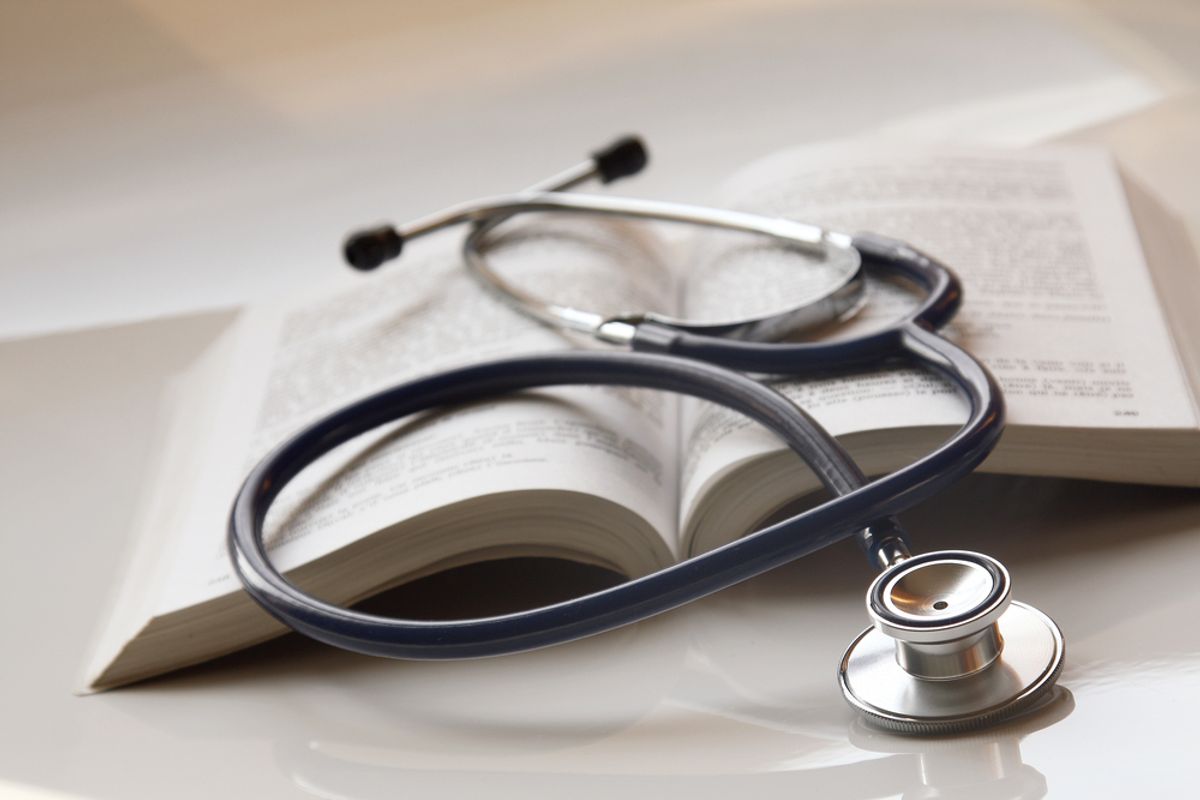 The greatest rip-off in the world is getting worse. According to a groundbreaking study released last week (PDF), the cost of employer-based health insurance – which covers a majority of the population -- has risen at twice the rate of inflation during the Great Recession, even while Americans have come to use less medical services.

It is a tragic irony that even as Washington debates whom to screw over to cut the Phantom Menace of our federal deficit, it has so far failed to address the single most important factor driving those deficits over the long term (if we paid the same for healthcare per person as the 30-plus countries with longer average life expectancies, we'd be looking at budget surpluses). It's a problem that also leads to tens of thousands of unnecessary deaths annually, creates some of the worst health outcomes in the developed world, makes American firms less competitive in the global marketplace and contributes a great deal to wage stagnation for the middle class and the working poor.

In 2009, the Democrats passed a series of insurance reforms misleadingly dubbed “healthcare reform.” Many of those reforms were valuable tweaks to our private insurance system, and while many Americans are wary about the law as a whole, when asked about the specifics, most of the specifics in the law are quite popular. But Congress didn't reform the healthcare system in a way that would significantly "bend the cost curve," and the new study – which uses insurance industry data that was made available to the public for the first time (other studies extrapolated from Medicare payment data) – shows that the costs of medical services continue to climb much faster than the rate at which either the economy or wages are growing.

Chapin White, a senior researcher at the Center for Studying Health System Change, told Kaiser Health News that the report shows that working people covered by their employers "are paying more and getting less" because hospitals and other medical providers "just seem to be able to raise prices faster than general inflation."

In some areas – like ER visits, outpatient surgery and mental health services – prices have increased at five times the rate of inflation.

But the study also shows that the rate of increase in healthcare costs has slowed during the downturn compared to their staggering climbs during the decade prior. If our healthcare system were growing more efficient, that would be good news, but while there is some evidence that Obamacare is in fact beginning to reduce costs to some degree, the bigger story is that many Americans are simply foregoing services.

Because while healthcare costs – and insurance premiums – continue to climb, an ever-larger share of the burden of those costs has been shifted onto the backs of working people. A recent study found that half of those respondents who had been sick during the previous year thought that the “quality of care” they'd received was a problem, and three in four identified rising costs as a serious issue.

Compounding the madness is a push by the right – and some on the left – to roll back those insurance reforms passed after a year of bloody political combat. Forget for a moment about the lifetime and annual caps on out-of-pocket expenses, the requirement that preventive care be covered without co-pays (which should eventually result in some cost containment), the provision allowing young adults to stay on their parents' plans, or closing the “donut hole” that requires seniors to pay a big chunk of their prescription drug costs out-of-pocket. Just consider that 10 million low-income Americans – people largely priced out of the market at present -- will be eligible for single-payer public healthcare as the threshold for Medicaid eligibility goes up by 50 percent. (According to one study, 75 percent of low-income workers lack health insurance.)

Conservatives want to do away with “Obamacare” because they're ideologically predisposed to buy into demagoguery about “death panels,” “government take-overs” and the supposed perfidy of the public healthcare systems that produce better outcomes for less in most of the rest of the developed world.

Some progressives also want to do away with it because it's built around an individual mandate to buy private health insurance – long the signature Republican proposal for healthcare reform. (The mandate has become almost universally unpopular, but it is linked to the highly popular requirement that insurers cover people suffering from pre-existing conditions.)

Their thinking appears to be that if we revert to the status quo ante, the system's deep dysfunctions – with skyrocketing costs and tens of millions uninsured – will exert so much pressure on families and businesses that it will inevitably lead to an outcry for a single-payer system. But there are big problems with their logic and a much better solution, one that wouldn't leave those who do enjoy good coverage worried about their futures: Open up Medicare for everyone who wants in. And if single-payer systems are superior, doing so should eventually lead us there.

It's true that single-payer is the only scheme that will provide universal coverage while actually decreasing overall healthcare spending. But the reality is that a large share of the population is covered – retirees by Medicare, the very poor by Medicaid and a majority of us through our jobs -- and even with rising out-of-pocket expenses, they don't face the horrors of being uninsured. Many of those who aren't covered – young people, the working poor, the self-employed – are infamously difficult to organize.

But say the system does eventually collapse under the weight of its own inequities. There was a 15-year period between the last attempt to reform health care under Clinton and the passage of Obamacare. If it takes another 10-15 years to get a better set of reforms, there remains a lot of room for shifting more costs onto working families, denying more people coverage and causing more Americans to suffer needlessly. It is a classic case of throwing the baby out with the bathwater – just remember those 10 million poor people who wouldn't be covered under Medicaid, a single-payer public health program, if Obamacare were repealed.

It is also based on the ahistoric premise that once a big, new social program is enacted, that's it – it's locked in stone. That was hardly the case with Social Security or Medicare, both of which have been amended again and again since their original passages in 1935 and 1965, respectively.

Understanding this leads to a better approach. Instead of throwing away a decent set of insurance reforms and a new infrastructure for (almost) universal coverage, progressives should come together around a simple amendment: Open up the Medicare system to anyone – individuals and employers -- who wants to buy into it. Kill the limited state-based exchanges for private insurance (or keep them) and retain the subsidies for households and small businesses that provide coverage, keep the Medicaid expansion intact, let kids stay on their parents' plans until age 26, and maintain the caps on out-of-pocket expenses. Throw away the bathwater, but hang onto the baby.

This might fulfill the promise of the original “Hacker Plan” (PDF), with its "public option" that would pit a single-payer system against the private insurance industry in head-to-head competition. Those who believe – rightly – that a single-payer system is the only way to provide universal coverage while cutting overall health spending should have the courage of their convictions and embrace that competition. May the better system win.

It's an approach that doesn't alienate or frighten the millions who enjoy decent coverage from their employers. And while it might take the same 10-15 years to get to a critical mass of Americans opting into Medicare, which could later be financed entirely from tax revenues, in the interim, we'd maintain the positive insurance reforms passed in 2009.

In other words, we need to keep moving the ball forward. With Americans paying more to get less health care, the moment is ripe to open up Medicare to all comers. And talk of going backward is hard to understand.

Joshua Holland is an editor and senior writer at AlterNet. He is the author of "The 15 Biggest Lies About the Economy: And Everything Else the Right Doesn't Want You to Know About Taxes, Jobs and Corporate America." Drop him an email or follow him on Twitter.