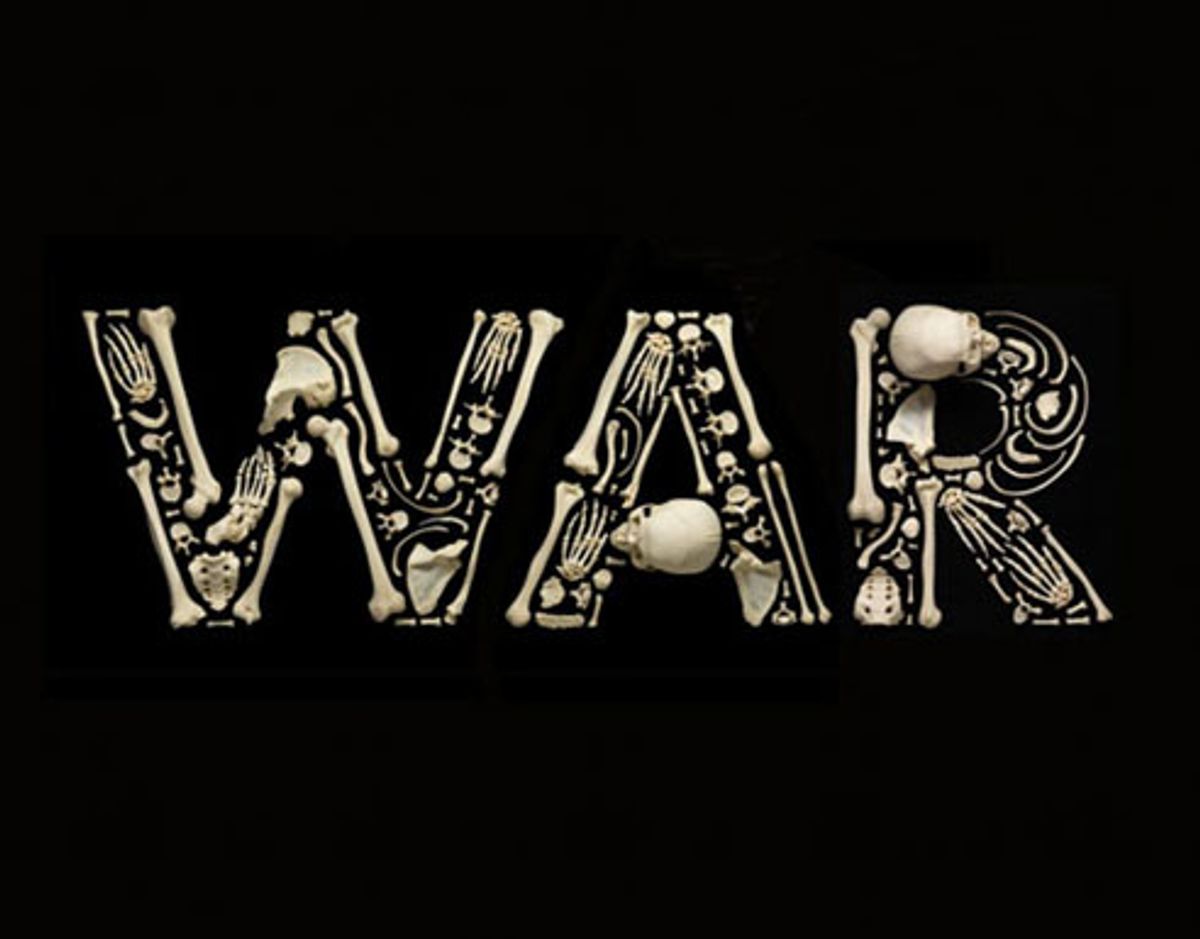 What would you do with d'em extra shin bones, knee bones, bone bones? The designer and photographer Francois Robert, who is known for capturing invisible alphabets on film (and digital matter), made them into a typeface. He gave me a preview of his most recent skeleton project. And I asked him a few questions about what's rattling around in his skull.

Why bones? What is your message here?
When I created the iconic series "Stop the Violence" in 2007-8,  I needed an alphabet in order to make the words, like "WAR" (below). (You can see more images on my website under portfolio and fine art.)

How long did it take to find such a perfect assortment of them?
I ordered them through a U.S. company specializing in disarticulated human skeletons, and a week later I received a container with 206 pieces of the human body.

The arrangement and composition must have taken some time. What was your organizing criteria?
Naturally, legibility. But working on my floor with a five-foot-wide template and checking my computer on and off made it a touch easier. Each letter took an average of a day to produce, because often after a few hours I wouldn't be satisfied with the progress of the letter, and I would start from scratch.

You've photographed lots of different "found" alphabets. Why is this your metier?
As an ex–graphic designer I have designed six typefaces, but I never photographed a complete alphabet — just some isolated beautiful letters or words — during all my running around the globe.