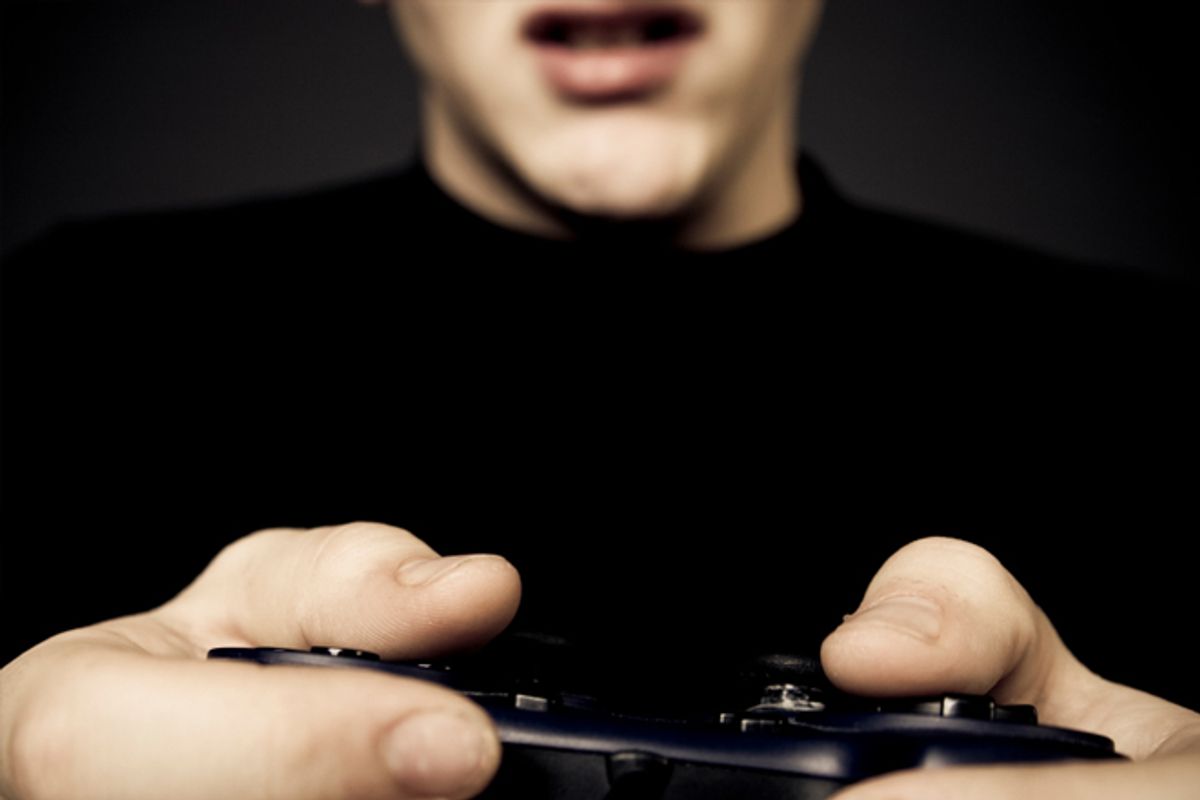 No, you haven't stumbled across an article from 2005. Yes, we're still talking about the so-called "masculinity crisis."

Of course other causes are indicated -- like "widespread fatherlessness and changing family dynamics, media influences, environmentally generated physiological changes that decrease testosterone and increase estrogen, the problematic economy and also the dramatic rise of gals." But technology gets the brunt of it: Zimbardo and Duncan lament how, "from the earliest ages, guys are seduced into excessive and mostly isolated viewing and involvement with texting, tweeting, blogging, online chatting, emailing, and watching sports on TV or laptops" (with no mention of how girls experience the same).

Backing up a bit: The evidence the authors use to demonstrate that this phenomenon exists in the first place is startlingly thin -- that is especially so, given that one of the authors is a respected psychologist, former president of the American Psychological Association and professor emeritus at Stanford. The proof ranges from the anecdotal ("everyone knows a young man who is struggling") to the statistical, but even the latter rarely satisfies. Data on hours spent watching porn or playing video games may be inherently alarming -- as are many stats about our modern lives, like our TV-watching, cellphone-using, calorie-consuming habits -- but the data alone don’t reveal much more than the degree to which our world has changed. The most compelling evidence of "the demise of guys" is familiar to anyone who has read any of the warnings over the past several years about a "boy crisis," and that relates to education. Take, for example:

By eighth grade, for instance, only 20 percent of boys are proficient in writing and 24 percent proficient in reading. Young men’s SAT scores, meanwhile, in 2011 were the worst they've been in 40 years ... Boys are 30 percent more likely than girls to drop out of both high school and college ... Nationally, boys account for 70 percent of all the D's and F's given out at school. It is predicted that women will earn 60 percent of bachelor's, 63 percent of master's and 54 percent of doctorate degrees by 2016.

These statistics are deeply concerning, but they were put into better perspective seven years ago in a Washington Post op-ed: "The alarming statistics on which the notion of a crisis is based are rarely broken out by race or class," authors Caryl Rivers and Rosalind Chait Barnett wrote. "When they are, the whole picture changes. It becomes clear that if there is a crisis, it's among inner-city and rural boys." Still a critical concern, but a more specific one; the details in this debate are crucial. (The same authors recently debunked the media myth that women are, or are swiftly becoming, "the richer sex.")

In the case of this book, even solid evidence that boys and young men are falling behind in education doesn't speak directly to Zimbardo and Duncan's argument that males are failing romantically and sexually, which they support with anecdotal and self-selecting survey evidence.

There are legitimate and significant social changes afoot that deserve careful, critical and nuanced analysis. Unfortunately, this book doesn't do it. Looks like we'll have to wait for "The End of Men."