Updated: The GOP is seeking a new line of attack on reproductive rights, requiring doctors to police women's motive 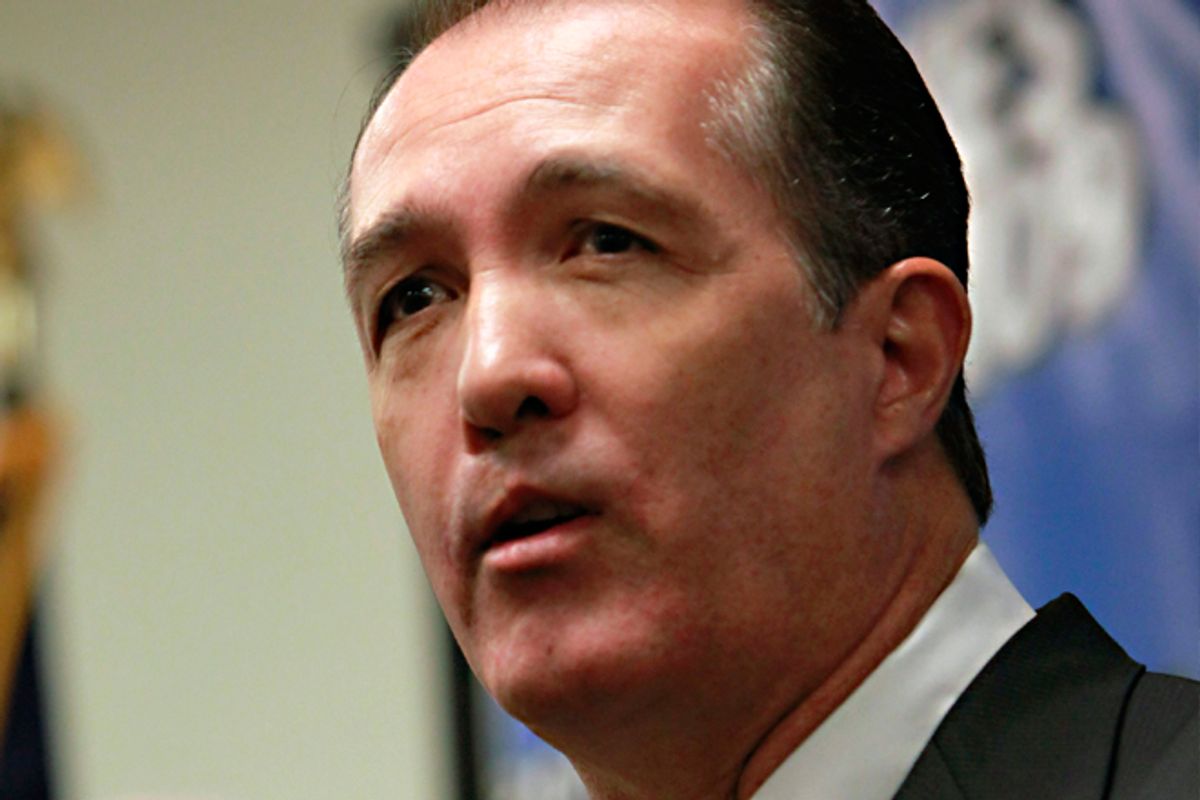 Today, the House of Representatives will vote on a bill banning sex-selective abortions, despite the fact that the GOP leadership has insisted that it’s focused on the economy -- and not that pesky “war on women” stuff they keep getting tarred with. It’s okay, because its sponsor, Rep. Trent Franks, R-Ariz., has an easy explanation for what an abortion ban to combat a phenomenon that barely exists in the U.S. has to do with the economy: “The reason we have an economy,” he said, according to Politico, “[is] because ... we in America believe that life is a gift from God.”

A more direct – and less theocratic – answer would be that this one got through because of the nature of the ban, which allows Republicans in an election year to once again accuse Democrats of waging the real war on women. Or, as the National Right to Life Committee put it, “Members who recently have embraced contrived political rhetoric asserting they are resisting a ‘war on women’ must reflect on whether they wish to be recorded as being defenders of the escalating war on baby girls.” In other words, this is about making Democrats squirm – not unlike what’s happening in reverse in the Senate.

Franks previously tried to attach his bill to the Violence Against Women Act, which has turned into another political cudgel. He made another concession when he dropped the “racial discrimination” provisions of the bill, which the Washington Post’s Dana Milbank aptly described as “the latest attempt to protect racial minorities from themselves.” Under the rules through which it was introduced, Franks’s Prenatal Non-Discriminational Act (PRENDA) needs two-thirds of the House to pass, meaning it needs roughly 50 votes from Democrats.

Today happens to be the third anniversary of the murder of Dr. George Tiller, who provided abortions in the most difficult cases amid actual violence, the daily threat of such violence, and politicized law enforcement tactics. PRENDA would ask the already besieged physicians still alive to police their patients’ decisions – especially their Asian-American patients, who would be singled out for disparate care – and to subject doctors to a fine or a up to a year in prison, or both. It’s utterly unconstitutional of course. Unless you’re in a state where later abortions are limited to special circumstances like threat to life, the United States doesn’t interfere, and rightly so, with a woman’s reason for having an abortion.

In the U.S., this is a “solution” in search of a problem. Even in immigrant communities that show very limited evidence of more boys being born than girls later in the birth order, abortion is far from the only mechanism available to sort for sex. Half of American fertility clinics offer some possibility of sorting by sex before a pregnancy. But if you ask people who actually work on this issue in Asia, where skewed sex ratios – whether achieved through IVF, abortion or even infanticide -- can be socially destabilizing, they’ll tell you that limiting reproductive freedom isn’t the answer. The only mechanism that has changed anything (the go-to example is South Korea, where abortion is technically illegal but widely tolerated) is moving toward a more gender-equitable society where life as a woman is less of a burden. Part of that equitable society includes women making the decision when and if to be mothers. Seeking to chip away at that right is the true hypocrisy.

UPDATE: While a majority of the House voted in favor of PRENDA Thursday, 247-168, it did not pass since Republicans called it up under rules requiring a two-thirds majority.