No ideology to see here! 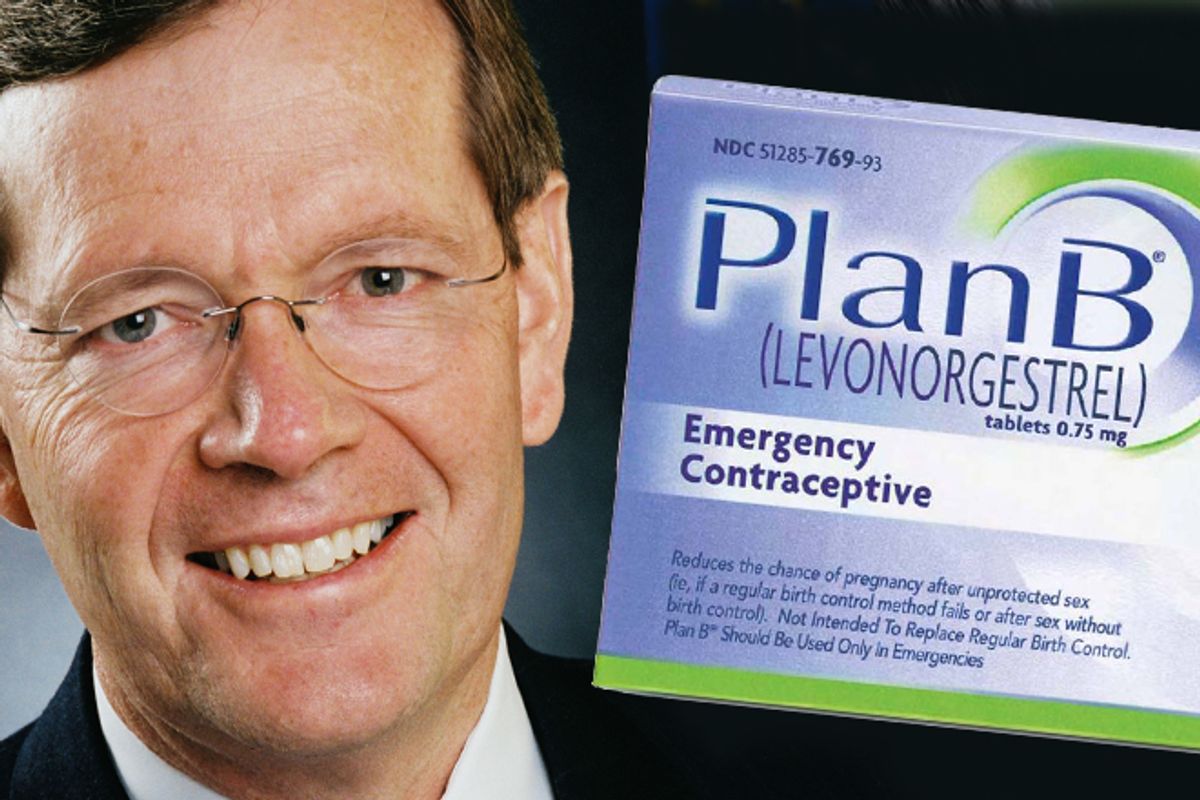 Reading Politico’s profile of Mitt Romney’s point man on the transition process – “the most important figure in Mitt Romney’s campaign you may have never heard of” – there’s a theme that comes up again and again. Former Utah Gov. Mike Leavitt “is no ideologue.” A former Utah senator says “he was not particularly ideological,” and Politico calls him, in case you didn’t get it the first couple of times, “a hands-on executive who’s driven more by data than by ideology, a high-energy if vanilla technocrat who reads heavily in his spare time.”

Then there’s the unsubtle conclusion, also repeated, that Leavitt is not the only non-ideological technocrat on the trail: “Leavitt is Mitt Romney’s Mitt Romney.” In other words, Mitt Romney only cares about facts, statistics, evidence! Move along, folks, no ideology to be seen here.

The problem is that not only is it a conceptual fiction to be “ideology free,” even if that ideology was inculcated in business school rather than in church, it also doesn’t mean much when, functionally, you end up in thrall to openly ideological interests. That’s true for Mitt Romney, who felt compelled in the primaries to not only talk about abortion and contraception but to take hard-line positions on the topics – and it was true for Leavitt’s tenure as Bush’s secretary of Health and Human Services, on the same issues.

Before coming to HHS, as governor, Leavitt proclaimed himself to be “strongly pro-life and anti-abortion.” Still, he subsequently angered that camp by vetoing an abstinence-only bill that, according to the respected sex-education group SIECUS, “would have prohibited any discussion of birth control and would have required teachers to tell students that extramarital sex is illegal in Utah.” But he also saw to it that many of the bill’s elements ended up being implemented by the state education board anyway.

But in 2008, Leavitt found himself in the middle of a firestorm in which he was accused of trying to redefine emergency contraception as abortion – with the aim of including it in so-called conscience clauses allowing doctors to opt out of reproductive care, under penalty of losing federal funding. Including abortion in that category is, by now, standard; what still isn’t was expanding the reach of conscience clauses to anything “that results in the termination of life of a human being in utero between conception and natural birth, whether before or after implantation."

Those words “before or after implantation” are magic words for antiabortion activists who are obsessed with the scientifically unproven possibility that a fertilized egg could be artificially blocked by emergency contraception – in other words, that what the medical community calls birth control could be “abortion.” Some are willing to take it as far as classifying the IUD and the regular birth control pill as abortion. As Ezra Klein wrote at the time, “Though the regulation itself may be focused on issues of "conscience," were it to be implemented, it would create precedent for conflating abortion and certain forms of contraception.”

This issue isn’t at all historical. Plan B is still being fought over in court after the Obama administration ignored the FDA’s recommendations to make it available over the counter for everybody, clearly because it was trying to avoid a political storm. (Does naked political calculation count as “non-ideological”?) Meanwhile, opponents of the Affordable Care Act – for which Leavitt has actually expressed partial support – are obsessed with falsely claiming that it covers “abortion-inducing drugs” because prescription emergency contraception would be fully covered by insurance. These are all skirmishes in which someone’s religious or ideological beliefs have trumped evidence and ostensible technocracy. Pretending that doesn’t happen is an ideological stance of its own, even if it’s a “vanilla” one.