The women of "Push Girls" may be differently abled, but their inane brunch chatter is very much the same 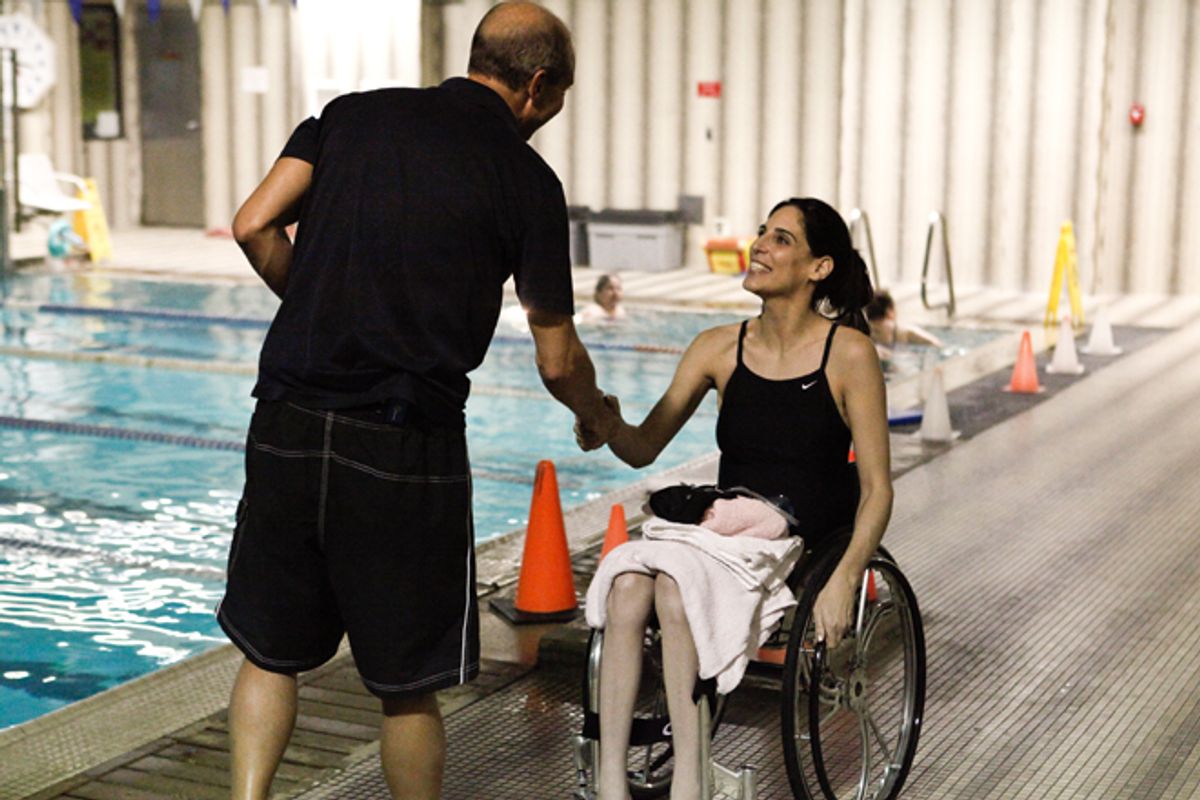 I don’t know if you’ve looked at a copy of the Declaration of Independence lately, but if you have, you would have seen the following footnote affixed to the end of this sentence:

We hold these truths to be self-evident, that all men are created equal, that they are endowed by their Creator with certain inalienable Rights, that among these are Life, Liberty and the pursuit of Happiness.*

*"and the right to say the word “connection” with a straight face should they ever appear on a reality television program.”

Sundance Channel’s “Push Girls,” a simultaneously singular and standard reality TV show about four attractive, wheelchair-bound women, chronicles its subjects as they pursue all of the inalienable rights outlined in this updated Declaration, including life, liberty and a brunch-time discussion with one’s girlfriends about the “spiritual connection” one has with a “family-oriented” dude who refuses to stop sleeping around.

This brunch scene comes about 10 minutes into the pilot, after we have met the four women, three of whom were paralyzed in car accidents, and one of whom had a spinal aneurysm when she was 15 years old. The outgoing and bisexual Tiphany, who has already told us how much she likes flirting and sex, tears up as she explains to the three other women, whom she has known for years, that a man named Matt, a guy with an untrimmed soul patch and an interest in seeing other women, would nonetheless like to continue to, “in his words, make love” to her.

Some variation on this scene — the bad guy, the moribund language, the tears — exists in most reality TV shows, and though I rolled my eyes to see it here, just as I do whenever it appears, I was also perversely impressed. This sort of anodyne, vaguely staged girl talk, more than any other of the far more interesting scenes in this first episode, shows just how much “Push Girls” does not want to condescend to its subjects: They may be in wheelchairs, but they do not get special treatment. Just like everyone else on reality TV, they will be allowed, on occasion, to make fools of themselves.

This sort of interplay between standard reality TV tropes and the four women’s singular circumstances animates the show. One of the women, Angela, who was a model and needs full-time assistance, decides to begin modeling again, a standard reality TV gambit. But when she calls around to see if she can book any gigs, none of the agencies are wheelchair accessible. When she arranges to have a new set of head shots taken, her leg won’t stop spasming, and she has to explain to the photographer that the whole point of these photos is to keep the wheelchair in them. At the gym, Mia and Tiphany talk about dating. Mia has a boyfriend but misses going on dates, and there’s some straightforward sex talk between the two — all taking place while they nonchalantly navigate a weight room in their chairs.

As the photo shoot sequence most clearly demonstrates, the women are straightforward about their physical circumstances, often far more so than the people around them. To varying degrees, they are all extroverts (they're on a reality TV show, after all), and this provides for a few blunt exchanges having nothing to do with wheelchairs that you would still rarely see on another series. When Tiphany explains the Matt situation in her supporting interview, she puts it very succinctly: “It ended with Matt because he wanted to fuck other girls. And I wasn’t down for that.” If only “The Bachelor” contained even one such declarative sentences.

It is disappointing that "Push Girls" is not a more high-minded documentary series. As an audience, we have dozens and dozens of places where we can listen to inane brunch chatter or watch a bisexual woman assert that she doesn't like "labels." But this version of the show that contains these cliches may ultimately be the more stereotype upending. The four women on “Push Girls” want to change what people think of women in wheelchairs, to demonstrate that, as Tiphany says, people in wheelchairs do not need “to sit home in dirty sweats with food on their shirts playing video games all day long,” but they also want to clink cocktails, talk about dudes, and get public recognition for behaving in certain codified trashy ways. "Push Girls" is not as edifying as it might be, but it's not sanctimonious either. These women may be in wheelchairs, but they too want their 15 minutes. Why shouldn't they have it?