In an interview with Newsmax TV, the Florida congressman says he supports Romney but refuses to make it official 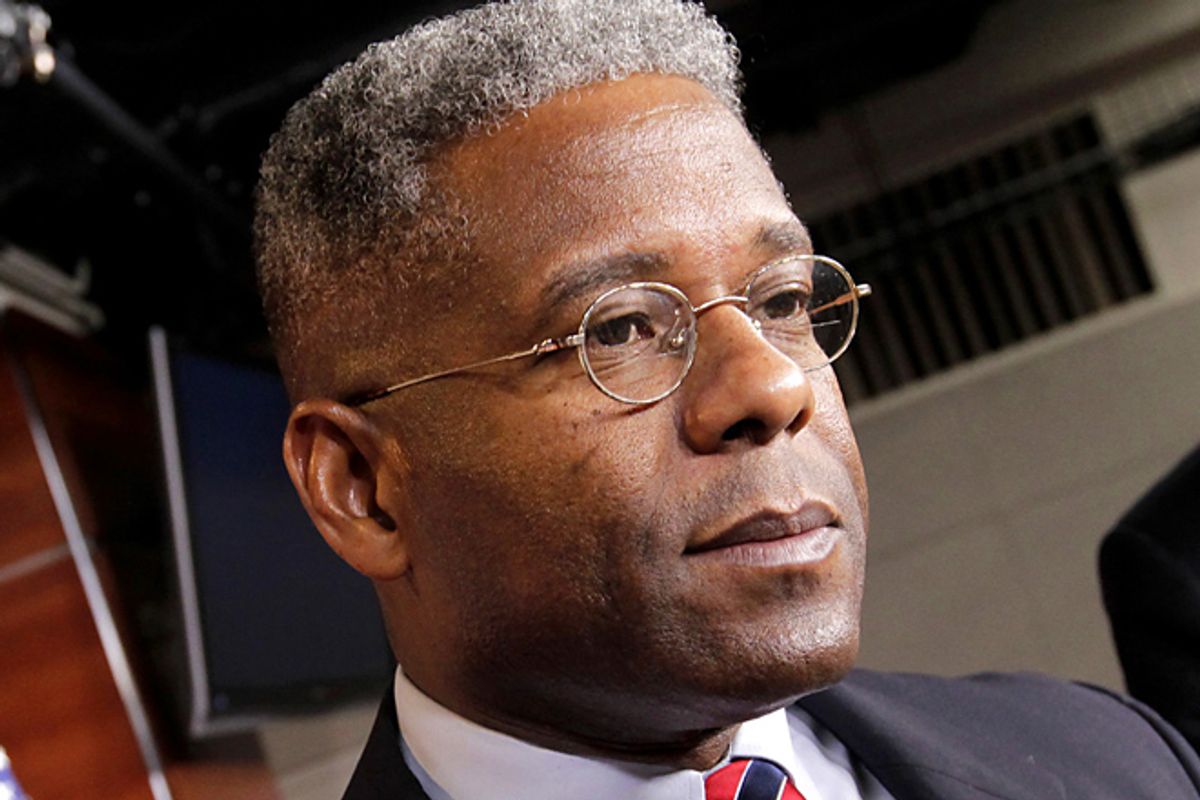 Congressman Allen West, the Tea Party favorite from Florida, is going to do everything he can to get Mitt Romney elected -- that is, except for endorse him.

West said during the GOP primary that he wouldn’t endorse, but one would think that now that the primary is over, the congressman would give the nod to his party’s candidate. But in an interview with conservative Newsmax TV, West was pressed twice on whether he will endorse Romney, and twice West demurred.

“I think it’s a moot point to endorse him now,” West said. “What I did say is that whoever is the eventual nominee will get my support 110 percent. And that’s exactly what Governor Romney will get.”

“And does that include an endorsement?” host Kathleen Walter asked.

“Well, I mean, it’s like I said, that’s a moot issue. I mean, what does an endorsement from Allen West mean? I think the most important thing is that Allen West is very willing and ready to work for Governor Romney,” he replied.

He’ll have trouble claiming that he’s not making any endorsements, as he gave his imprimatur to Samuel Joseph Wurzelbacher, better known as "Joe the Plumber,” in his Ohio congressional bid. “I’d like to offer my endorsement, and my support,” West says in a video he recorded for Wurzelbacher’s campaign. More than Romney got.

According to Robert Draper’s book about the House, West was less than impressed with Romney’s foreign policy chops after a visit to the Hill: West “winced when he heard presidential candidate Mitt Romney referring to ‘the Afghanis.’ Afghanis were the country's currency! ‘Hugely embarrassing,’ West said.”

Both Herman Cain and South Carolina Gov. Nikki Haley have suggested Romney pick West for his vice-presidential slot (though Haley almost immediately walked that claim back). And West suggested that he’d take the job. He should probably start by endorsing the candidate if he hopes to be his running mate.