Obama: Too little, too late? 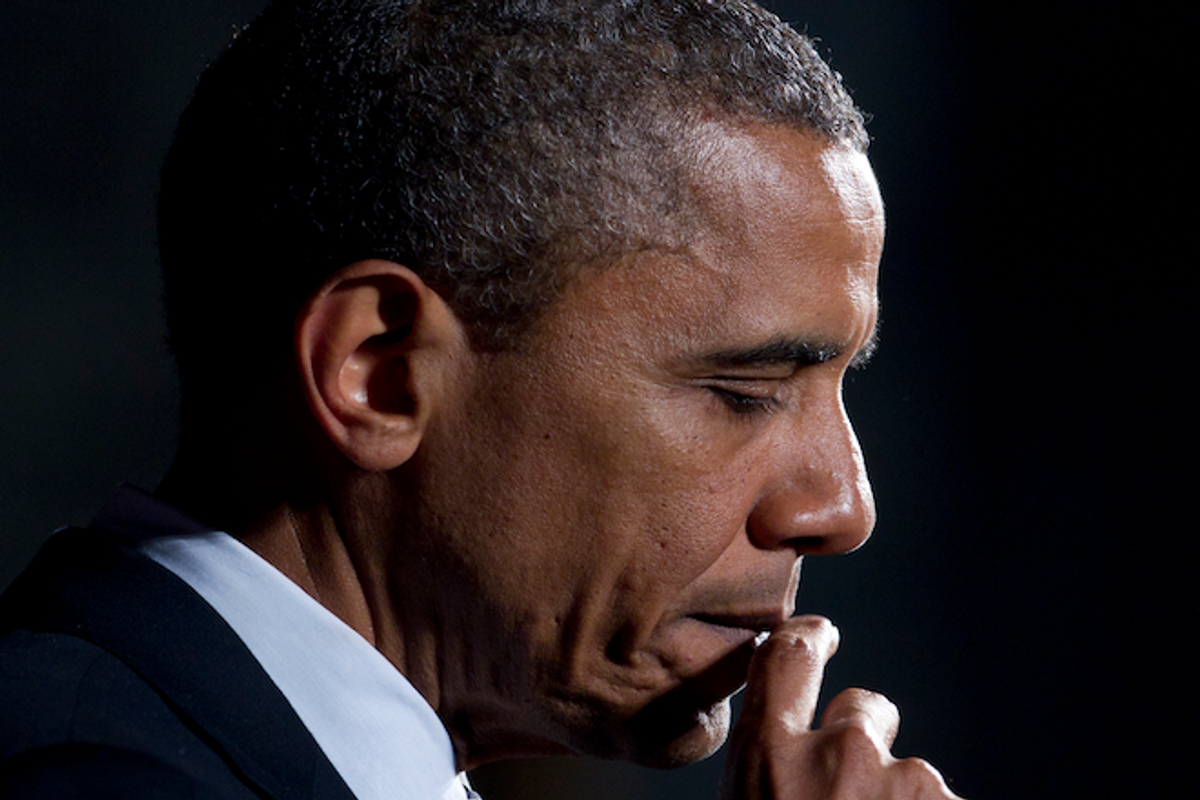 I started a little bit of teeth-gnashing this morning, when I saw the new Barack Obama.com video on YouTube urging Wisconsin to back Barrett – posted mid-morning on Election Day. The message with it read: "Wisconsin needs you. Sign up for a shift, knock doors, and make phone calls. Talk to your friends and elect Tom Barrett. It's time we make those last crucial conversations to get out the vote today." Urging people to "sign up for a shift" might have been a little more helpful a few days ago, don't you think? The video followed a tweet from the president Monday night: "It’s Election Day in Wisconsin tomorrow, and I’m standing by Tom Barrett. He’d make an outstanding governor. –bo"

Wisconsin progressives and their national supporters have hoped for more love from President Obama going back to the early days of the revolt against Walker's union bashing in February 2011. There was tension in those early days as well, especially after then-White House chief of staff Bill Daley was described in the New York Times telling Organizing for America folks (formerly Obama for America) to stop backing the agitation against Walker in early 2011. By most accounts, Wisconsin OFAers ignored Daley, and the local organization that lifted the Illinois senator to wins in Wisconsin in 2008 contributed to the rising citizen movement that culminated in the recall election, despite the centrist Daley's warnings.

Still, I was among those who wondered why Obama stayed silent about the Wisconsin battle for so long. After all, during the campaign he'd said, "If American workers are being denied their right to organize and collectively bargain when I’m in the White House, I’ll put on a comfortable pair of shoes myself. I’ll walk on that picket line with you as president of the United States." There was Walker taking away collective bargaining rights, with no opposition, let alone walking, from the president. After a stunning campaign gathered an astonishing 900,000-plus signatures to recall Walker, there was more hope that the president and national Democratic leaders would join the fray. Eventually Democratic National Committee chairwoman Debbie Wasserman Schultz traveled to Wisconsin to back Barrett, the Democratic Governors' Association contributed money and support, and on Friday President Bill Clinton joined Barrett at a Milwaukee rally. Though Obama was 90 miles away in Chicago the same day, he chose not to make a quick visit.

I think there were two valid reasons for the Obama team's delay in getting involved. One was the unfortunate primary battle between Democrats Tom Barrett, Milwaukee's mayor, and labor favorite Kathleen Falk of Dane County. I'm not going to lay blame here, but I think it had to have delayed if not denied the chance of White House involvement. The moment for the president to act, if he was going to do so, was after the announcement that Wisconsin Democrats got almost a million signatures to recall Walker, a figure almost twice what was required, displaying the extent of the state's outrage (and state Democrats' hard work). But the internecine battle that followed made it awkward for the party's national leader to get involved, had he wanted to.

The second factor that might have contributed to the president's reticence is this: Obama has become a polarizing figure, way out of proportion to his cautious attempts at change and reform, and there's no way to say with certainty he'd have brought Barrett more votes than he cost him. I've been looking at Brown University's Michael Tesler's research on the racialization of politics during the Obama presidency, and it's depressing: For whites who hold conservative racial views (measured by whether they believe African-Americans are still treated unfairly or get too much help from government), Obama's position on an issue can trigger the opposite response. It's possible to imagine suburban or rural independents swinging against the recall because the president supported it.

Of course, Republicans have managed to nationalize the Walker recall without Obama's overt involvement. Two-thirds of the governor's $30 million war chest comes from outside of the state, and it's allowing him to outspend Barrett 7-1. (By contrast, only a quarter of Barrett's funding comes from outside Wisconsin.) And Tesler also finds that Obama energizes white "racial liberals" as well as African-Americans to join his side on issues – witness the amazing shift in black support for gay marriage in just the last month. So maybe Obama would have energized the base around Walker's recall. Yet it's hard to imagine many Wisconsin Obama supporters have remained neutral on this election. (For what it's worth, the 44-second Obama ad focuses almost exclusively on young white voters; there's only a quick glimpse of a young African-American man answering the door when two white Barrett supporters come knocking. An hour after it was posted, it had only 145 views on YouTube.)

Finally, had the president swept in at the last minute, and Walker won anyway, Barrett's loss would have been hung around his neck, like Martha Coakley's January 2010 loss to Scott Brown in Massachusetts.

Like it or not, the recall election has turned out to be a grass-roots Wisconsin event only on the Democrats' side. It's hard not to think Obama's final-day gestures are an attempt to deflect criticism that he kept too much distance from a battle his enemies have managed to nationalize. The OFA video ends with the young narrator saying: "It's about looking back, on June 5, and saying 'Yeah, I did all I could!'" Republican state Sen. (and recall target) Scott Fitzgerald told Fox News last year that if Walker succeeded in breaking public employee unions, and "if the money is not there under the auspices of the unions, certainly what you’re going to find is President Obama is going to have a much difficult, much more difficult time getting elected and winning the state of Wisconsin." One way or another, we're going to find out.