I never wanted to be a mother to Jeff's little boys. So why do I miss them so much now that they're gone? 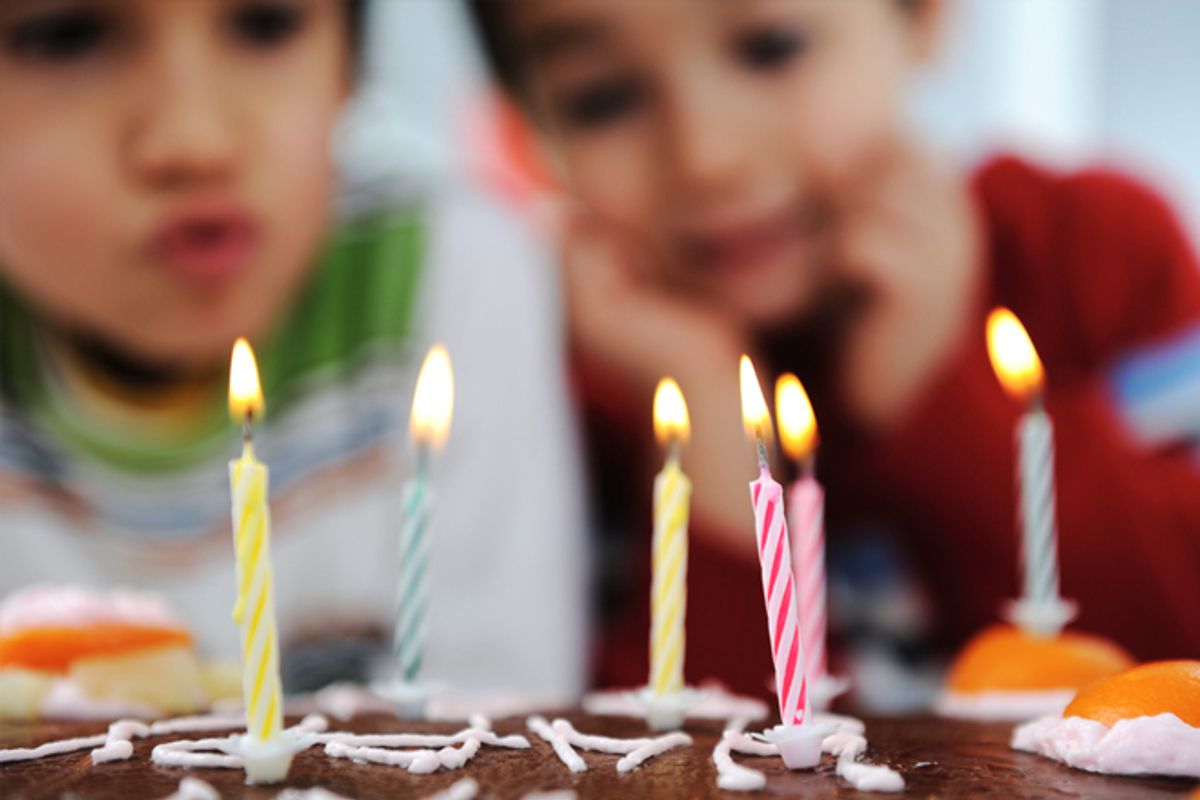 The first time I met William and Adam, they hid under their beds. At the time, I knew so little about kids that I had to be coaxed along in order to hunt for them.

“Maybe they’re in their bedroom,” Jeff said, winking. I was nervous, and I wished they were just standing by the door, with their little hands outstretched to shake mine. But here we were, playing hide-and-seek right off the bat.

That evening turned out to be a bit of a disaster. It was the Fourth of July, and we miscalculated the fireworks by arriving more than an hour too early without water or snacks. Soon the boys were dying of thirst. By the time we left -- without seeing a single firework -- Adam had dumped my purse onto the grass and started calling me “poopy Paula.” It didn’t bode well. But over time, things began to change. I had already fallen in love with Jeff.  Slowly, I began to fall in love with his two boys .

In a way, I grew up right alongside William and Adam. The boys were 6 and 4 and I was 26 when we met. By the time Jeff and I decided to split, I had spent almost five years watching the boys grow, picking them up from their mother’s house, reading them “The Secret Garden,” and playing Sorry on Friday nights. We had favorite movies and nicknames and stories they liked to hear retold. I was not their mother, but by the end I was a kind of mother. An almost-mother.

I never anticipated this. From the beginning, I told Jeff I was not signing up to be a mom. I was young, nearly a decade younger than Jeff. I wasn’t ready. However, it wasn’t that simple.

In the first year, the boys threw me a birthday party with streamers and balloons and cake. Adam was so excited about my gift he couldn’t keep quiet, but he had been instructed by his brother not to ruin the surprise, so instead he said, “We’re not going to tell you what it is, but it does glow in the dark.” The gift was a 25-piece puzzle of a sorcerer whose hat and wand did, indeed, glow in the dark. I loved it, but I cherished that explanation from Adam even more. I can still see William dipping his fingers into the chocolate icing, Jeff videotaping the whole thing. It was the first moment that I loved them, all three of them, together.

After we moved to a small town in Ohio for Jeff’s job, everything became focused on the weekends when the boys visited. I spent hours in the grocery store trying to find food they would enjoy. I wanted so badly to delight them, to see William open the cupboard and cry out, “Adam, we got fruit roll-ups!” When the boys complained my chicken was “gross,” I was crushed.

And it was fascinating to watch them adjust to our strange, extended family. When Jeff’s ex-wife remarried, William announced that he thought I should marry his new stepdad and Jeff should remarry his mom, and then all six of us should live together in one house. I could see how this made sense to him -- his stepdad and I were similar, after all, and it was hard to have his two families separated. And I was flattered: William hadn’t eliminated me or his stepdad from his ideal family life. Even if his parents got back together, he imagined we were there to stay. In the end, that was not the case.

When Jeff and I broke up, there was little keeping me in Ohio, so I packed up a moving truck and drove off to a new state, a new city, a new life. And when I did, I left my almost-family behind  -- no ties to bind us except the ones we had slowly fashioned in our time together, which unraveled so much faster than they had formed.

After I left, I missed the boys almost more than their father, which felt confusing. At so many points while Jeff and I were together, I thought our relationship would have been perfect, smooth sailing, if only he did not have kids. Now I found I longed for them.

And once I was gone, I didn’t know how to handle my relationship with the boys. Should I call them? Go visit them? Did they feel like I had abandoned them?

I sent them cards and gifts on holidays and asked their father to have them call me. But they continued to grow, William nearly a teenager, and Jeff and I drifted further apart. It started to feel strange, forced even. “I haven’t talked to you in forever,” William said the last time we spoke. He didn’t have a lot else to say.

Finally one of my girlfriends gave me a piece of advice: Maybe it would be better for me, and my heart, to just stop. And so I did.

Now, my label is even less defined. I am not a stepmom. I am not even someone’s dad’s girlfriend. I am an almost-mother turned no-mother. I know most of the WWE wrestling characters and can play "Madden NFL" on Xbox. But like some lost language, these pieces of information have no place in my life. When I bring up something to do with kids, my friends -- even those who are parents -- look at me with confusion. Shouldn’t I be talking about things more suited to my new life as a single girl in a new city? When something reminds me of the boys, I’ve learned to keep it to myself.

But my heart is not the same. I miss their smiles, their soft, squishy bodies in my arms. I even miss the hours in the grocery store spent meditating on someone else’s needs. My brother has two kids of his own now, and my motherhood urges have been transferred to them. Their antics fill some shadowy place in me. When my niece jumps into my arms and I find that ticklish spot on her side, I know I have Adam to thank. He once corrected my technique, informing me what I was doing did not tickle, it just scratched.

In a way, the love I feel for every child that enters my life from now on can be traced back to them, these boys, my almost-kids.

Paula Carter is a freelance writer living in Chicago. She is currently at work on a book about non-traditional mothers.