Can unions bounce back? 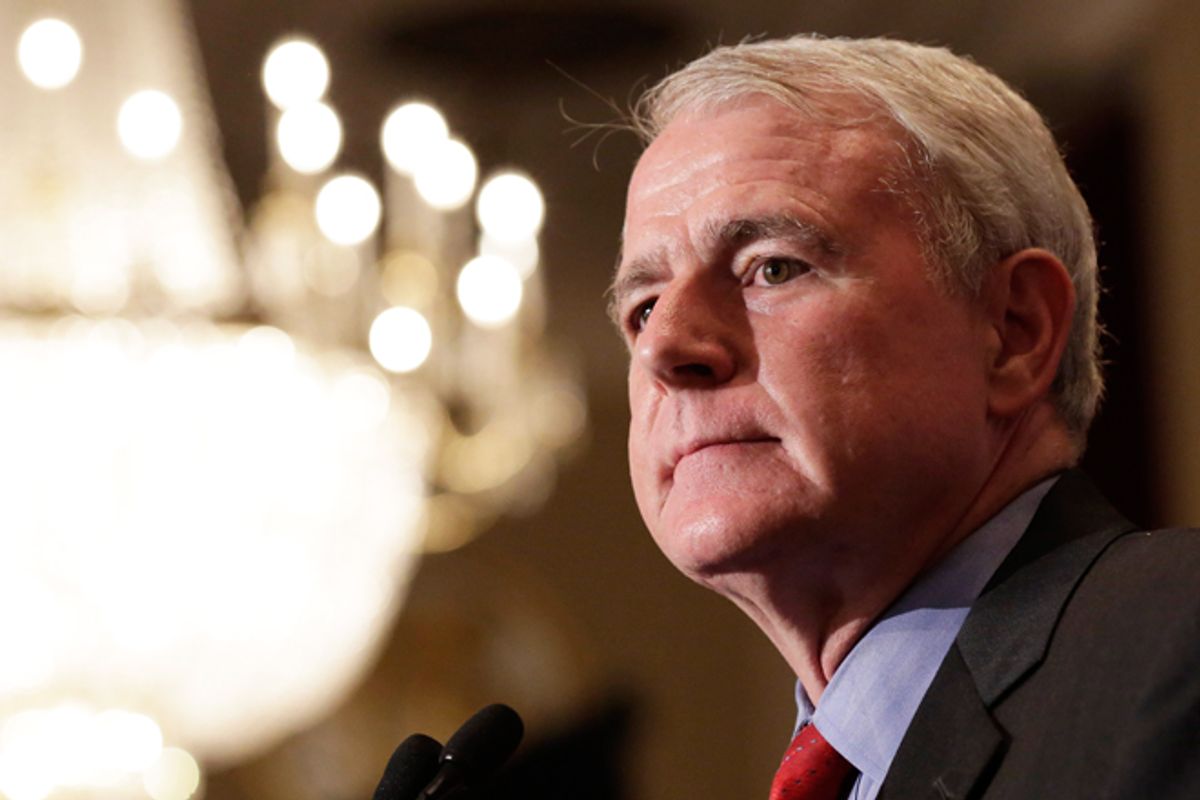 MADISON, Wis. – Last year, Wisconsinites reinvigorated the labor movement as they defied their union-busting governor. Last night, Wisconsinites voted to keep him in office. That result cements Wisconsin as the place that best captures both the vitality and the vulnerability of the current U.S. labor movement.

There’s much to mourn in last night’s result. What it reflects: the triumph of big money in politics and the traction of anti-union resentment. What it inspires: even more aggressive attacks from employers and politicians. What it cements: Public workers’ legal right to bargain will be anemic in Wisconsin for years.
At an election night party in Madison, the president of a New York union local told me Walker’s victory will inspire Gov. Cuomo to go even harder after his union. A Madison school nursing assistant told me it’ll drive her co-workers to leave the profession before their pensions are gutted. And people pondered why so many of their fellow citizens would side with a governor who’d promised to “divide and conquer” union members.

In Wisconsin, what long seemed stable – political and legal support for workers’ right to negotiate with their bosses – turned out, when tested, to be precarious. That’s not the only place where that has happened to unions recently. When Boeing managers bragged about retaliation for strikes, fury from Republicans, complicity from Democrats and the rusty wheels of the National Labor Relations Board conspired to leave the workers in the lurch. As more employers have been locking out their unionized employees – denying them work until they accepted concessions – workers have found that just having a union contract isn’t enough to keep your boss at bay. Since teacher-bashing became a hot trend in “education reform,” mainstream Democrats boast about defying teachers’ unions, while reassuring them that unlike the GOP, they want them to keep existing. (When I asked Democratic Governors Association Chairman Martin O’Malley, who was in Madison campaigning for Barrett, about his fellow Democratic Gov. Dan Malloy’s proposal to curtail teachers' bargaining rights, O’Malley said he wasn’t familiar with “the nuances of collective bargaining” in Connecticut, but that unlike Walker, Democrats “don’t wade into this with our primary goal being to crush the teachers union.”)

Over the past week, canvassers recounted visits to Democratic voters who said that while they didn’t support Walker, they didn’t believe a recall was necessary (of course, some national Democrats agreed with them). Some were probably just pro-Walker Democrats who were being polite; others may really have believed that none of Walker’s offenses was severe enough to disrupt the tradition of four-year terms. Either way, that reaction is a reminder that an injury to many – the frontal assault on public workers -- wasn’t seen by all as an injury to them.

But even as Wisconsin highlights labor’s vulnerability, it shows how dynamic a true labor movement can become. The recall effort itself offers one measure of what labor and its allies accomplished: triggering the third such election in U.S. history, fighting Walker to a close race despite marked asymmetry in cash (and national party support), and seizing control of the state Senate. While Walker’s survival will embolden other anti-union politicians, they’d be far bolder already if labor had just rolled over as rights were stripped away last year.

But the uprising in Wisconsin has accomplished far more than instigating an election. It has pushed state senators to meet a higher bar: fleeing the state to slow the bill. It’s muscled class and labor back into our culture and media. It’s forged a new wave of activists, and it’s moved working people all over the place.

Last week, it included workers at Palermo’s Pizza in Milwaukee, who went on strike to win union recognition. Workers told me that last year’s occupation in Madison helped inspire them to defy their boss and strike, even in the face of management wielding immigration audits as a weapon. The Palermo’s workers aren’t affiliated with an international union; they’re working closely with Voces de la Frontera, an immigrant rights group whose connection to unions was deepened when they occupied the capitol together last year. That occupation, Voces de la Frontera’s executive director Christine Neumann-Ortiz told me yesterday, created “a lot of room for creative and broader partnerships, and just a broadening of the labor movement.”

On Monday, when I asked one of the Palermo’s workers about how his struggle related to the one that had occupied the capitol, he told me matter-of-factly in Spanish: “It’s the same.” He wasn’t offering charity or quid pro quo. He was showing solidarity, that sense of shared purpose and shared stakes that last year kept farmers and firefighters occupying their capitol together.

Wisconsin foreshadowed other labor uprisings that followed. Like the Wisconsinites, more workers defied expectations, or defied the law. Port truck drivers classified as “independent contractors,” not employees, went on strike despite the law and massed at their state capitol to change it. Longshore workers ignored injunctions and occupied train tracks rather than let them be used to do their work without their union. Tomato growers forced Trader Joe’s to negotiate with them – not through any legal authority, but by organizing consumers and wielding the power to boycott.

Soon after Scott Walker declared victory, South Central Federation of Labor president Kevin Gundlach told me that the tasks now facing Wisconsin’s labor movement would have been necessary even if Walker lost: “We would have to rebuild our unions. We would have to do a lot of community outreach and coalition building … We have to embolden our workers” and take on “workplace actions that could lead to other forms of power.”

The U.S. labor movement is at a Wisconsin moment in the best and worst sense: It keeps showing strength and weakness in unexpected places. Wisconsin shows that labor can still be a militant, growing, mass social movement – and that it has to be one in order to survive in the face of existential threat.