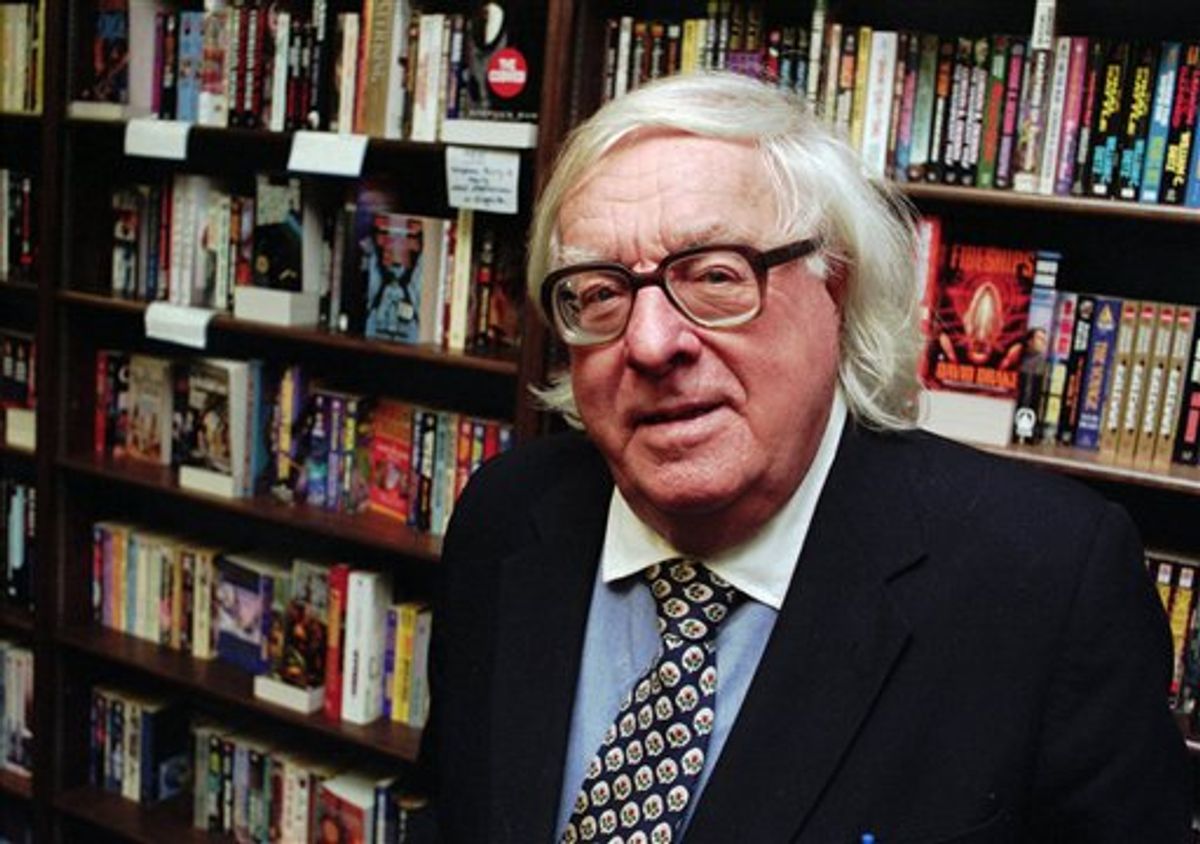 FILE - This Jan. 29, 1997 file photo shows author Ray Bradbury at a signing for his book "Quicker Than The Eye" in Cupertino, Calif. Bradbury, who wrote everything from science-fiction and mystery to humor, died Tuesday, June 5, 2012 in Southern California. He was 91. (AP Photo/Steve Castillo, file) (AP)
--

LOS ANGELES (AP) — Ray Bradbury has died at 91 after a lengthy career of writing everything from science-fiction and mystery to humor.

Reached at Bradbury’s home, his daughter, Alexandra Bradbury, says her father died Tuesday night in Southern California. She did not have additional details.

Bradbury transformed his childhood dreams and Cold War fears into telepathic Martians, lovesick sea monsters, and his vision of a high-tech, book-burning future in “Fahrenheit 451.”

He also scripted the 1956 film version of “Moby Dick” and wrote for “The Twilight Zone.”

Bradbury’s series of stories in “The Martian Chronicles” was a Cold War morality tale in which events on another planet served as a commentary on life on this planet. It has been published in more than 30 languages.