Phil Gramm: The success of failure 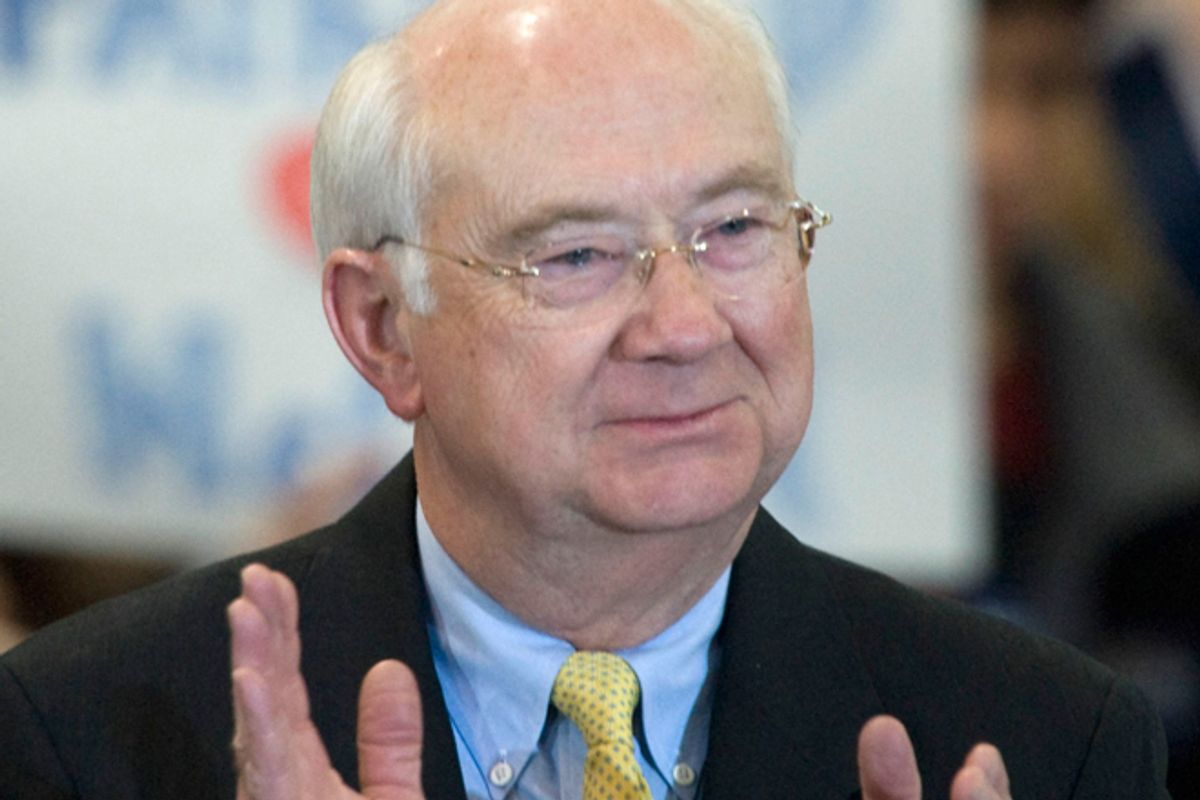 In the annals of Washington failure, former Texas Sen. Phil Gramm looms large for the persistence and grandeur of his truly bad ideas. In the '80s and '90s, he succeeded in passing legislation that ranged from costly to ineffectual to destructive. As a banker in the aughts, his advice cost shareholders billions. As much as anyone, Gramm created the financial deregulation regime that culminated in the Great Recession of 2008. Which is why he was just named a visiting scholar at the conservative American Enterprise Institute in Washington.

Certainly, few can match Gramm's accomplishments. While still a congressman, he co-sponsored President Reagan's tax cuts in 1981, which launched the era of growing inequality that we live in, and increased government deficit spending to then-record highs. In Gramm's defense, AEI notes that he "authored the Gramm-Rudman Balanced Budget and Deficit Control Act, the first congressional effort to rein in the deficit."

Ah yes, "Gramm-Rudman." In the 1980s the term emerged as a Signifier of Seriousness with incantory power over capital pundits akin to that of "Simpson-Bowles" today -- and with the same air of unreality. Passed into law in 1985, Gramm-Rudman was a gimmicky piece of legislation that purported to force Congress to do what it didn't want to do: cut spending. It failed. The smallest deficit during the Gramm-Rudman era was $155 billion (in fiscal year 1988).

After the act became defunct in 1990, Gramm became chairman of the Senate  Banking Committee where,  AEI notes, "he authored the Gramm-Leach-Bliley Act, which modernized the nation’s financial system." The act did so by repealing key sections of the Glass-Steagall Act of 1933, which barred banks, security firms and insurance companies from engaging in each other's business. Gramm's bill enabled CitiCorp to merge with the Travelers insurance company and eventually become a bank too big to fail. It enabled AIG to mix its insurance business with securities speculation to the same effect. It set the stage for 2008.

But before disaster struck Gramm took his skills to the private sector where he again distinguished himself, serving for nine years as vice chairman of UBS Investment Bank. To be sure, Gramm was not running the Swiss banking giant, merely providing advice based on his successful "modernization" of the American financial system. Toward the end of Gramm's tenure at UBS, the bank reported losses of $32 billion on bad subprime bets in the first quarter of 2008 alone. "Part of Gramm's job surely was to advise the bank how to stay out of investment and regulatory trouble," wrote Slate's Daniel Gross. "Oops!"

Gramm resurfaced in 2010, publishing an Op-Ed in the Wall Street Journal blaming the slowness of the economic recovery under President Obama on overregulation, thus proving his capacity for what Salon's Andrew Leonard called "Texas-sized chutzpah."

"Gramm, more than any other modern politician, pushed the deregulatory ethos that the financial crisis of 2007-08 exposed as a criminally irresponsible sham," Leonard wrote.

"The Washington policy community has great need of his ideas and wisdom," says AEI. Sure, but would you trust him with your 401K?