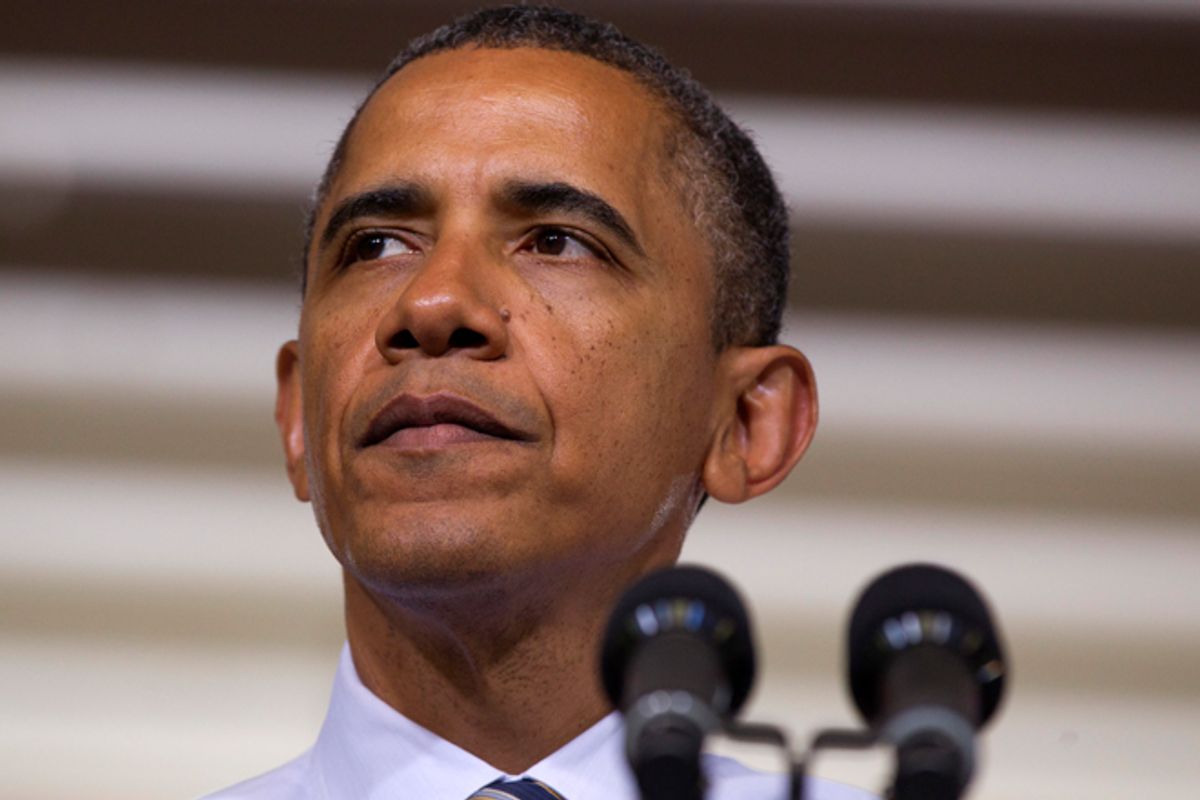 The Bush tax cuts are a sensitive subject for Barack Obama. They are a significant contributor to the deficit problem, and as a candidate he vowed to get rid of them for high-income Americans. But when they were due to expire at the end of 2010, Obama cut a lame duck deal with congressional Republicans to extend them for everyone for two more years.

It was a defensible compromise, since it preserved the Bush rates for the middle class and included some stimulative measures for which Obama probably wouldn’t have otherwise found Republican support, and the final package ended up being rather popular with voters.

But it also exposed Obama to cries from some loud voices on the left that he was a weak president who’d let himself get rolled by Republicans. Since then, he’s been adamant that the Bush rates for households earning over $250,000 will not be extended again, and will expire as scheduled at the end of this year, something that White House Press Secretary Jay Carney reiterated on Wednesday.

The problem is, doing away with the high-end Bush rates may not be a simple matter of presidential backbone, and this week has illustrated why.

To hear Republicans tell it, Bill Clinton undermined Obama’s position on Tuesday by calling for a permanent extension of the Bush rates for everyone. This is not true. Clinton only said that he’d be fine with a temporary extension of the rates, to push the expiration date out of the lame duck session and into next year, when a new Congress could deal with it. That doesn’t leave a lot of daylight between Obama and Clinton, but there is some. On Tuesday, Carney forcefully ruled out Obama signing off on even a temporary extension: "He will not. Could I be more clear?"

There’s a reason Clinton was talking about kicking the can down the road: The Bush tax cuts aren’t alone in expiring at the end of this year; there’s also the payroll tax cuts that Obama originally won through that ’10 deal. And without a congressional fix, the Alternative Minimum Tax is set to apply to millions of middle-class Americans at the same time, with mandatory spending cuts that resulted from last year’s supercommittee logjam also scheduled to go into effect. The idea that Congress and the White House might reach a comprehensive deal on all of these items between now and the election seems laughable, and there probably won’t be enough time in the lame duck session – hence the idea to extend everything temporarily so that there’s a chance for the leaders elected this fall to address it next year.

The reality is that November’s election results will dictate Obama’s ability to get rid of the Bush rates for the rich. As things now stand, if he were to insist on a Dec. 31 expiration, the Republican-led House would fight him, arguing that the rates should be extended for all taxpayers, not just the middle class. But depending on the composition of the next Congress, it could be a pointless fight. For instance, if Obama is coming off a reelection defeat (which would presumably mean Republicans retained their House majority and likely picked up the Senate too), then Republicans could lose the staring contest to Obama, then simply reinstate the rates a few weeks later. Alternately, if Obama wins again and Democrats manage to pick up the House and hold the Senate, then maybe a temporary extension would be fine with him – since he and the new Congress could then revert to the Clinton rates a few weeks or months later.

It’s also possible, maybe even likely, that the election will produce a less decisive verdict – a second term for Obama and another two years for the GOP House. How the tax cuts, and all of the other fiscal issues on the horizon, would be dealt with then is anyone’s guess. But Obama, as he demonstrated with his “grand bargain” bid in 2011, does have an instinct for compromise. There might ultimately be flexibility on the expiration date on his part, if he thinks there’s a chance to make a deal with Republicans in 2013.