A poll confirms W’s dubious place among former White House occupants. Is there a way for Obama to harness this? 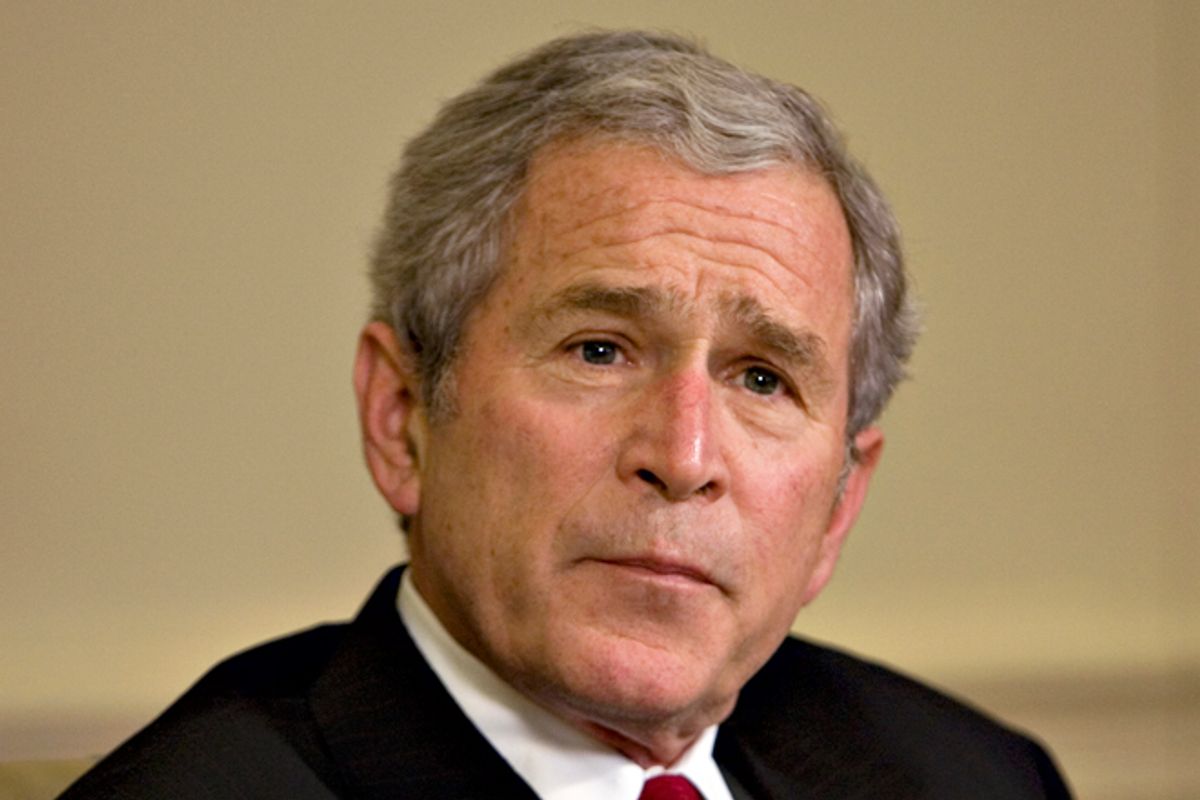 A new CNN poll provides the latest evidence that time has not healed Americans’ distaste for George W. Bush.

More than three years after he left office, the survey gives the former president a favorable/unfavorable score of 43/54 percent – exactly where he stood when CNN asked the same question two years ago. Bush is the only living former president with an upside-down rating. Jimmy Carter clocks in with a 54-30 percent favorable score, while George H.W. Bush sits at 59-34 and Bill Clinton is at 66-31.

This follows a recent ABC/Washington Post poll that found 49 percent of voters believe Bush is primarily responsible for the country’s current economic conditions, with only 34 percent saying Obama.

For Barack Obama’s reelection prospects, these numbers are a source of hope. Mitt Romney is urging economically frustrated swing voters to take out their frustrations on Obama. His message can devolve into self-contradictory nonsense, but under the strategy he’s following, this doesn’t really matter. The Romney bet is that voters who don’t feel good about where the country is are really just looking for a way to rationalize voting Obama out, and Romney is happy to offer them any suggestion he and his team can think of.

Part of the Obama strategy involves making Romney himself an issue – drawing attention to the ugly side of his private equity past, challenging his assertion of “job creator” status, and playing up the underwhelming economic return that Massachusetts voters got from his four years as governor. The idea is to give pause to just enough swing voters who are otherwise inclined to vote against Obama, keeping them from treating Romney as a safe and acceptable alternative. It’s an open question whether any of this will work, but it’s been the main focus of the Obama team’s efforts since Romney became the de facto GOP nominee.

The other part of the Obama strategy relies on swing voters remembering the economic catastrophe he inherited from Bush and giving him the benefit of the doubt because of it. There’s some evidence that this is already happening. As the recent polls show, voters clearly haven’t forgotten what the Bush years were like, and political scientist John Sides recently argued that Obama’s “blame game” advantage over Bush is boosting his approval rating and his horse-race standing.

In light of this, the question is whether there’s more Obama could be doing to play up the Bush factor. This is a tricky question. The risk is that any direct mention of (and attacks on) his predecessor’s record by Obama might look unseemly to voters, and could come across as a desperate attempt to avoid blame. An Obama ad early last month did seek to remind viewers of the 2008 meltdown, framing the Obama-era as a national comeback in progress, and Joe Biden regularly decries “this god-awful recession we inherited” in speeches, but so far there’s been no Bain-style effort to draw attention to Bush.

And it may be that none is needed – that Obama is already being boosted by memories of Bush and that he could only mess things up by being more proactive. Then again, it could also be that Romney’s bet is right: that at a certain point, even voters who understand what Obama inherited will decide they want him out anyway. And if they do, Mitt Romney’s got no shortage of rationalizations for them to try out.