A new report in Nature warns that we've changed the planet so much, we'll no longer recognize it in a few decades 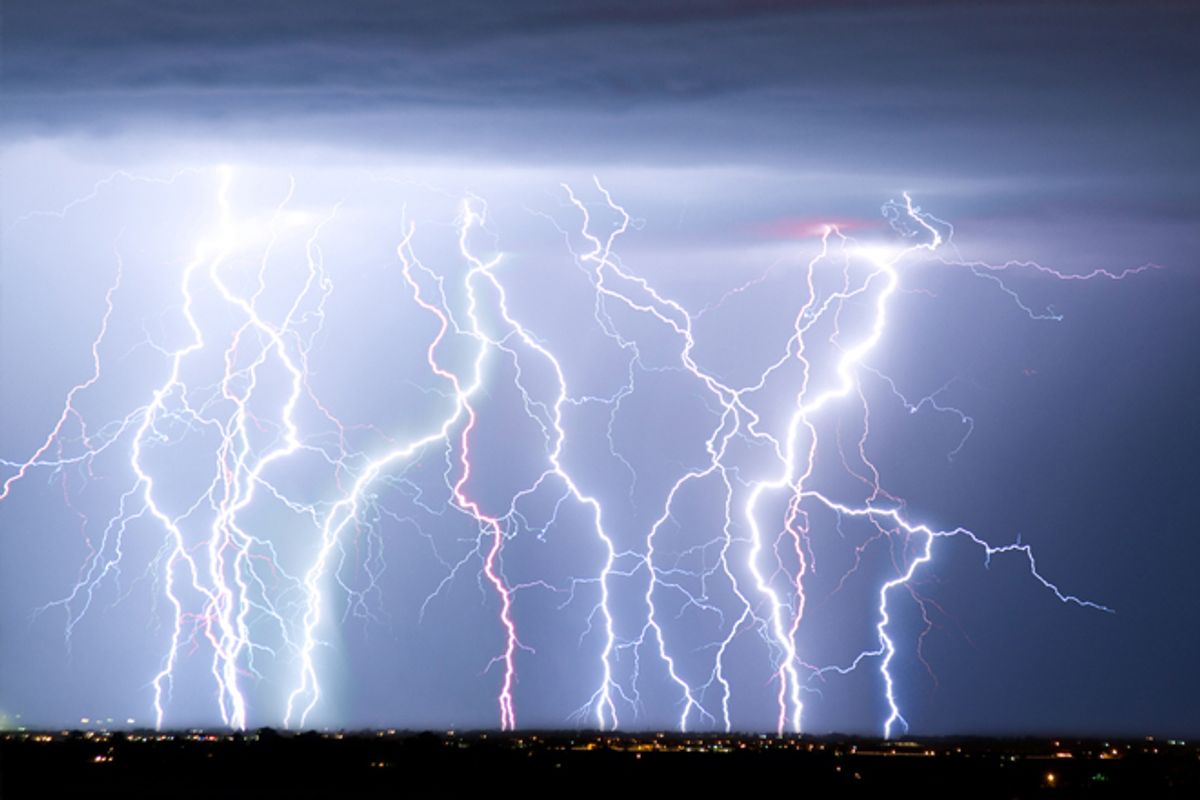 By 2025, just 13 years from now, humans will have modified half of all the land on Earth. We will have turned space that once supported complicated systems of plants, animals, soils, water and microbes into cities or farms. Already, we’ve taken over 43 percent of the land. What’s left is mostly criss-crossed by our roads. By 2060, 70 percent of the earth’s surface could be covered with human development.

According to the group of more than 20 scientists responsible for these observations, published this week in Nature, these shifts could also be pushing the Earth toward a tipping point — a round of irreversible planet-wide changes. During the last great transformation of the planet, when miles upon miles of ice receded and left the planet in its current interglacial states, about 30 percent of the planet’s surface transitioned from ice-covered wasteland to landscapes more closely resembling the ones we know today. The shifts that we humans are responsible for are more dramatic and are happening faster.

Here’s a taste of what could be coming. Within a century, “climates that contemporary organisms have never experienced are likely to cover 12-39% of Earth,” the scientists report. Sooner than that, by 2070, the average global temperature “will be higher than it has been since the human species evolved.” Shifts like the one the report considers have meant that not only do certain species face extinction, but new varieties of creatures begin to thrive. From a human perspective, though, the most important changes will be to the resources we depend upon for survival. Within a few generations, the forests, fisheries and agricultural systems that feed us could change so much they’ll no longer be able to support our species in the fashion to which we’ve become accustomed.

At base, the scientists argue, a growing population of humans and our ravenous consumption of resources is driving these changes. There are so many of us that we’re changing and breaking up habitats, hustling to use up energy sources wherever we can find them, and changing the climate by throwing carbon into the atmosphere. It’s not clear how much of the earth's surface we would have to change dramatically for the rest of the planet to give over to whatever new state of affairs we've cast headlong into. It may not happen at all. But if it does, the Nature report says, it will be “extremely difficult or even impossible for the system to return to its previous state.”

This part of the end-game doesn’t come up that often enough in these discussions. Because while humans certainly are betraying the planet and cool plants and cute animals, we're also selling out billions of people.

One of the concerns that the scientists raise is that much of the research that’s been done on shifts like these involves biological forecasting — predicting how changes in the climate will push species into new geographic ranges. Humans’ geographic range spreads over the entire planet, where we live at various densities. We can go anywhere. But if the workings of the entire planet start going haywire, we don't have anywhere else to go.

In the shorter term, though, the geographic range that humans can inhabit may shift away from the hottest and driest regions that people now inhabit. Climate change generally gets treated as an environmental issue, but really, it’s a problem of human rights. It will affect the least well-off people in the world first, and it will affect them worse.

These changes are already happening, the scientists note in the Nature report: Fisheries are collapsing, pine forests are falling to bark beetles, and land once useful for growing food has been used up or turned too dry to farm. Working to slow and reverse these changes will benefit the animals and plants that have diminished in numbers as a result. But the reality is: If we don’t slow or reverse these changes soon, within a few generations we won’t be able to, and that probably won’t be good for humans, either.