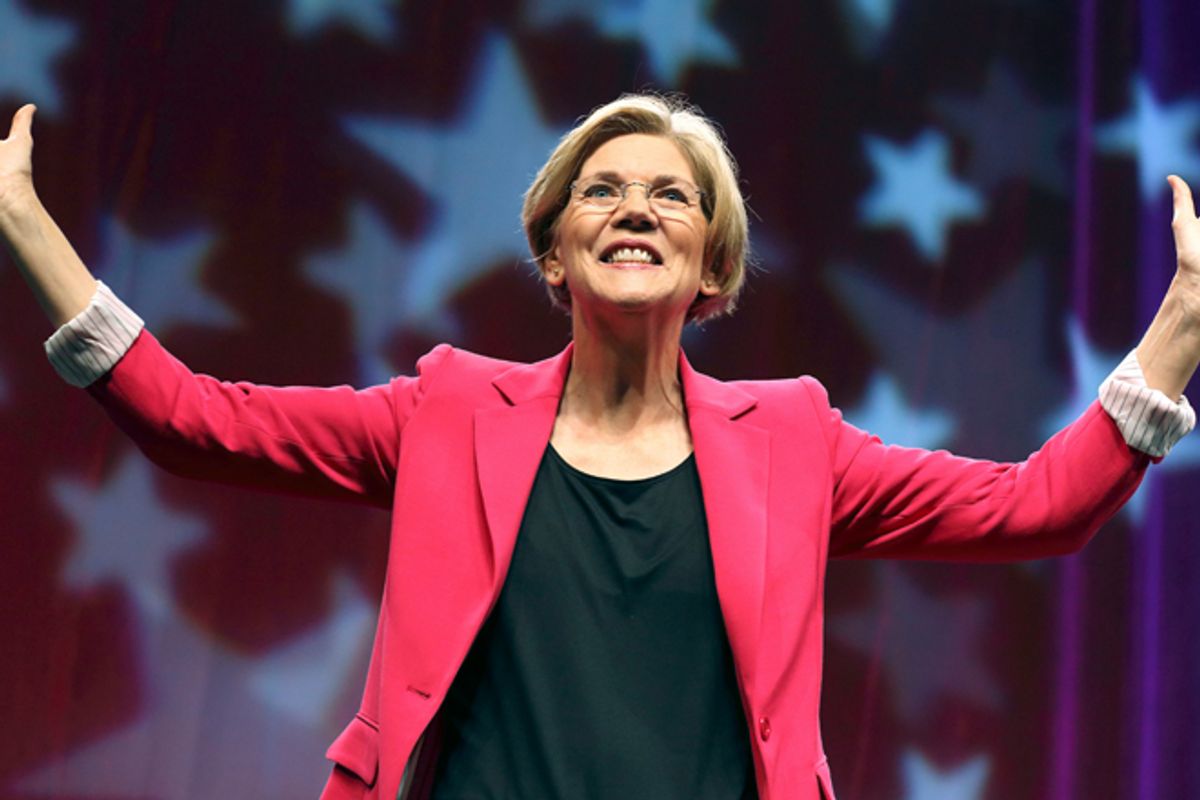 Massachusetts Senate candidate Elizabeth Warren is thrilled about President Obama’s endorsement of marriage equality, but she wants him and the Democratic Party to go even farther and push for a national law guaranteeing the right to same-sex marriage for all Americans.

In an interview with Salon at Netroots Nation in Providence, Rhode Island, Warren said she supported a federal marriage equality law, which is farther than others in the party have been willing to go. “Yes, I believe in marriage equality. Done. Game. Set. Match,” she replied.

Obama, in his historic announcement last month, said he personally supports equality, but was careful to say that it should be left up to the states. Seven states allow same-sex marriage while many more ban it, some with state constitutional amendments.

South Carolina Rep. James Clyburn, the third-ranking Democrat in the House, also broke with Obama and said marriage can’t be left to the states. “If you consider this to be a civil right, and I do, I don't think civil rights ought to be left up to a state-by-state approach,” he said.

Still, Warren was clearly excited about Obama’s evolution. When we mentioned his announcement, she interrupted, “Excuse me, excuse me,” and stood to do a quick celebratory dance, despite fighting a cold and while holding a cup of hot tea. “You wish you had film of that,” she quipped. We do.

“And I believe DOMA is despicable,” she added, referring to the Defense of Marriage Act. “I’m serious about that.”

Update: In a statement, Warren's campaign has clarified her position on marriage: "Elizabeth strongly supports marriage equality and the Respect for Marriage Act.  That bill would repeal DOMA and would require the federal government to treat all married couples the same in terms of federal benefits.  That's what she was referring to, as it is the only bill before Congress that deals with federal recognition of marriage for gays and lesbians.  Elizabeth proudly stands with the LGBT community in its fight for equality and an end to discrimination, and she will continue to do so as a U.S. Senator."