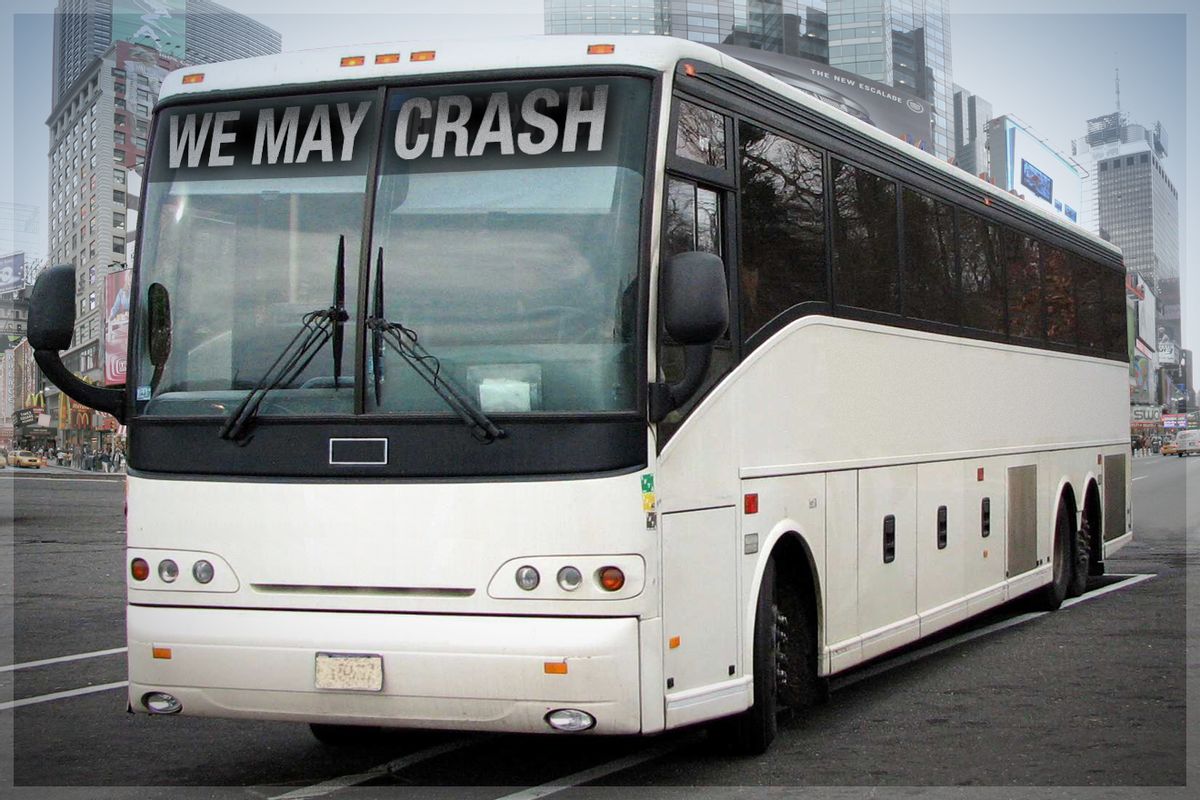 Last week marked the symbolic end of a libertarian experiment in transit. Fourteen years after Fung Wah sent its first bus from New York City to Boston, the feds shut down 26 curbside bus operators, many of them the now-famous Chinatown fleets that made super-cheap East Coast city hopping feel like an inalienable right.

It's hard to overstate the impact these buses have had. Unsubsidized and barely regulated, a handful of immigrant entrepreneurs changed the way we move through the country's busiest corridor. "The sector's spectacular growth has been a wakeup call for the enormous possibilities of motor coach travel in urban life," says Joe Schwieterman, a professor at Chicago's DePaul University who studies intercity bus service.

Within that wakeup call, however, is a cautionary tale. The Chinatown buses were frequently hailed as a smart new transit model and an example of urban ingenuity. But last week's crackdown and several recent crashes complicate that picture, illustrating that a $15 bus ticket can be like a $3 steak -- you don't necessarily want to know why it's so cheap. Many of these bus lines were shameful by any normal transportation standards: unlicensed drivers, deadly safety records, a disregard for the streets they drove on. Much of what made them "innovative" was good old-fashioned corner-cutting.

Yet even after all we've learned about them, you still hear people calling for the Chinatown bus model to be applied to all manner of other urban problems. The online magazine Next American City ran a story in response to the crackdown titled "Deregulate Our Streets!," calling for fewer restrictions, not more, and for cities to give private citizens a bigger hand in the transit game: "If we opened our streets and rails [to] more transit operators, undoubtedly it would benefit our intertwined problems of high prices, congestion and slow service."

It's easy to see why one might think this. The Chinatown buses seem to have worked a miracle, and not all of them were found to be delinquent (the stalwart Fung Wah is still honorably up and running). Even more important, they sparked an intercity busing renaissance that now includes Megabus and BoltBus, upscale carriers that have created a whole new clientele of people who had never used the bus. These lines offer Wi-Fi and comfy seats, charge a comparable price to the ones that were shut down, and manage to operate within the confines of good labor and safety standards.

According to Schwieterman, these new corporate operators are helping the curbside bus industry balloon by at least 33 percent a year, and move into less transit-oriented cities like Pittsburgh, Atlanta and New Orleans. "It's been pretty much unabated growth for six years," he says -- the fastest expanding mode of transportation in America. "What's extraordinary is how the sector can grow without bumping up against any roadblocks."

But perhaps even more extraordinary is that, even amid the new upscale competition, the Chinatown bus ridership has continued to surge as well, a phenomenon so strange that Rutgers doctoral student Nicholas Klein co-authored a study to try to figure out why. Klein discovered that, among other things, grabbing a seat on the Fung Wah still provides a ping of urban cred. "The reasons [the Chinatown buses] are appealing are both operational -- they're cheap, frequent and easy to access -- and emotional, because they provide what people describe as an authentic urban experience," Klein learned.

The search for authentic urban experience, however, has been known to lead to bad transit decisions: streetcars where a bus would have worked just fine, commuter ferries that attract only tourists. And the Chinatown buses, indeed, represent a lot of our urban fantasies. They're a successful immigrant enterprise in cities that are becoming depressingly rich and white. They're likably gritty in our ever-tidier gentrified neighborhoods. And they fit neatly into the millennial start-up ideal: nimble, scrappy, do-it-yourself. Brick-and-mortar terminals? Corporate backing? So early '90s.

"By staging operations outside the bus terminal, they created a psychological distance between the old model of bus travel and this new idea," says Klein. "If you and I were to start an intercity bus company, all we'd need is a bus, and if it didn't work out we could pull up stakes and try somewhere else. It's in line with the economic entrepreneurialism that we associate with the Internet era."

And, more to the point, in the urbanism era, food trucks, pop-up parks and other flexible, pared-down amenities are seen as just as good -- or better than -- more established or expensive ones. Today, we recognize that a scrappy curbside bus service can be smarter transport than a high-speed rail line if it ultimately better serves its users' needs. This "hack your city" mentality is upending city life in fantastic ways, allowing citizens with great ideas to improve our lives. It's given us gems big and small, from instant playgrounds to New York's High Line park.

There's a danger, though, in assuming that this ethos can be applied to everything, that any tantalizing idea that's blocked by City Hall is an affront to creative innovation. But not every proposal for an urban farm or a floating park should be rubber-stamped, and not every instance of adaptive reuse, however fun to think about, is a good idea. Blogger Benjamin Kabak, for instance, has pointed out that well-meaning efforts to create more High Lines have the unintended effect of removing the option of ever reactivating those rail lines for actual transit.

Transit systems, in particular, are fragile, intricate ecosystems that rightly receive a healthy degree of government protection from invasive species. So, for instance, while it's tempting to argue, as the Atlantic recently did, in favor of legalizing dollar vans, those developing-world-style jitneys that pick up passengers for cheaper than the bus, the many problems with this are usually played down. Dollar vans poach riders from the already cash-strapped bus system. They put transit in the hands of low-paid, non-union drivers. Those low-paid drivers are more often involved in crashes than higher-paid ones. And most important, it's been tried before -- not just in New York, but in many cities -- with miserable results. "There was this expectation that these vans would be a perfect substitute for conventional transit," says Columbia University assistant professor of urban planning David King. But, "There are a lot of real problems when you try to formalize informal transit."

All those little problems are annoying -- it's more fun to think big, to ponder how the Chinatown buses that ultimately improved intercity travel could be replicated elsewhere in our cities. "I think the Chinatown buses are sort of a blank slate," says Klein. "People don't know much about how they work, and they can draw their hopes and desires onto them for how they can solve urban problems. We think to ourselves, They're so great, why not have them everywhere?" But in a city with buses, taxis, ferries, bike share and a 24-hour subway system, are we absolutely sure we need to add dollar vans? "It ends up being technological fetishism, which is rampant within transportation," says King, "with less thought toward actually getting people around."

A more libertarian attitude toward transit makes sense, to a point. That kind of attitude spawned something incredible: the resurgence of intercity busing, a mode of transportation that was nearly left for dead half a century ago. By taking cars off the road, curbside intercity buses are now reducing America's fuel consumption by 11 million gallons annually. Even more amazing, they're prompting us to travel more than we used to -- Schwieterman's research found that 20 percent of curbside intercity bus trips would never have happened at all if the service didn't exist. That, in and of itself, is a revolution. But the Chinatown buses are as much a warning against deregulation as they are an endorsement of it. Cheaper and faster, at any expense, isn't always better.