The clip of Luka Magnotta allegedly killing his ex-lover has an online audience. Why are we drawn to such horror? 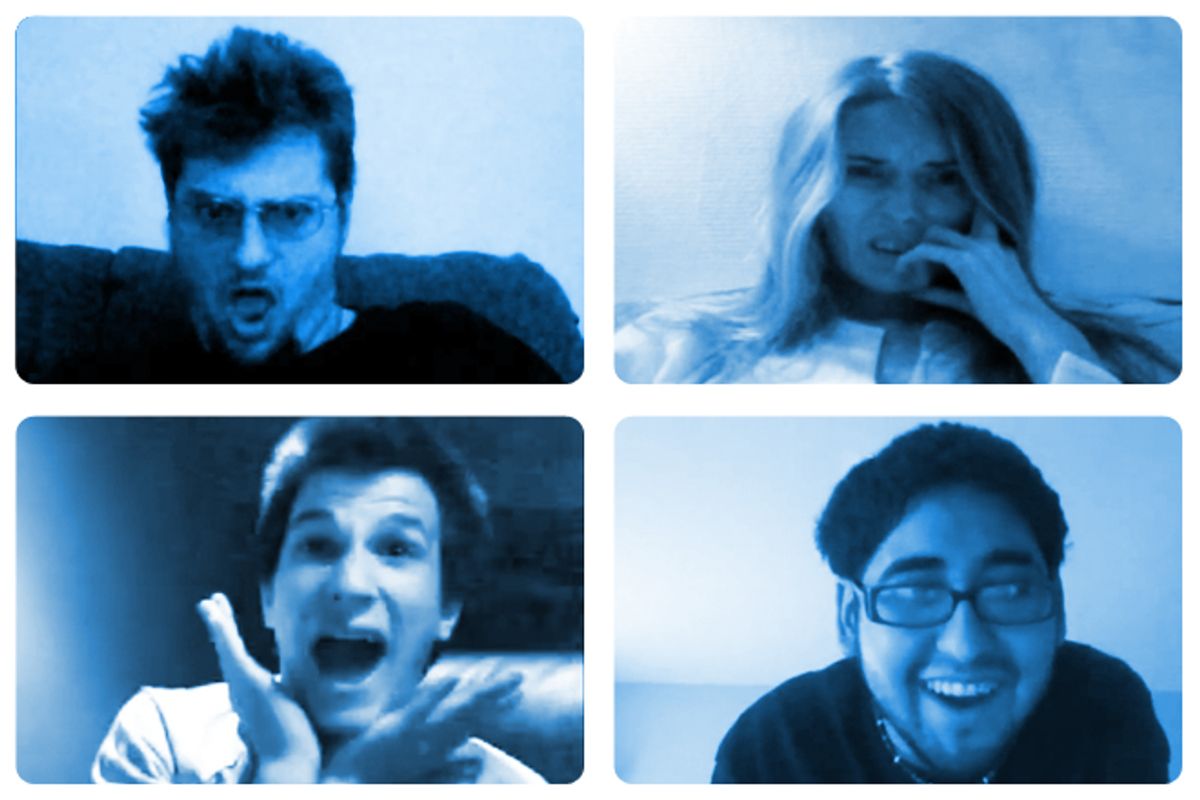 The YouTube video shows Robert, a 28-year-old from Dayton, Ohio, grimace and light up a cigarette. Moments later, he's gagging -- and it isn't from the smoke. It's what is unfolding before his eyes.

You can see the glow of his computer screen reflected in his glasses -- and even make out the black square of a video player against a web site's white backdrop -- but, mercifully, you can't see what's happening in the clip he's watching. His curled upper lip and bulging eyes only hint at the brand of extreme horror that he's consuming. It's far worse than most can imagine: Murder, dismemberment, necrophilia and cannibalism -- all in a 10-minute clip sickeningly titled, "1 Lunatic, 1 Ice Pick." (Allow me to cop to my personal limits here: I have not watched the video, but I have listened to YouTubers' detailed descriptions of what takes place in it.)

The video is believed to show Luka Rocco Magnotta allegedly murdering his former lover, 33-year-old Lin Jun, whose torso was found late last month in a suitcase outside the recently arrested 29-year-old's Montreal apartment. Police believe it was published online by Magnotta himself, shortly before he fled the country. Despite being taken down from many online venues, the clip has found a significant Internet audience.

Just over a dozen YouTube users have uploaded "1 Lunatic, 1 Ice Pick" reaction videos, a genre that exploded with the infamously awful "2 Girls, 1 Cup" (to which this video's title gives a clear nod). Far more remarkable is the amount of traffic directed to this video and the countless message board comments from people who claim to have watched it. Best Gore, a site that specializes in videos of real-world torture, beheadings and the like, reported that a few days after posting the video, it almost crashed: "More than half a million people, on top of our regular 100,000 daily users" visited the site and "at least 18,000 new people registered," the owner reported in a blog post. (The site has since taken the video down, but Canadian officials have suggested Best Gore could still face obscenity charges.)

Since Aristotle's time, scientists have tried to answer the basic question of why people are drawn to gruesome things, says Norman Holland, a professor emeritus at the University of Florida who specializes in "the psychology of the arts." "The answer, or an answer, is that your feelings, like the feeling of disgust or horror in watching this video, is quite separate, it's a much lower system in your brain, than the cognitive knowledge that this is a real person being hurt," he says. "We take pleasure in having our emotions stimulated if there are no real-world consequences" -- for us, the viewer. That explains, in part, why we enjoy watching realistic horror movies.

As Frank Farley, a psychologist at Temple University in Philadelphia, says, "There's an arousal value that's involved in this high stimulation from the gore and the horror and a lot of things on the Internet," he says. "If you add in more sensory information, like screaming, it often becomes even more interesting."

The rush people get from shocking images also relates to the taboo of it. Eric Wilson, author of "Everyone Loves a Good Train Wreck: Why We Can't Look Away," says, "This excitement arises from the titillation of breaking cultural taboos, the thrill that we're doing something we shouldn't. Most in our culture would say in public that it's wrong to gawk at violence, that it's exploiting the suffering of others. But in private, many take guilty pleasure in the macabre, getting the same sort of stimulation they might get from a seemingly dangerous ride at an amusement park."

William Miller, author of "The Anatomy of Disgust," agrees. "You feel it is not right to watch and so get a cheap thrill 'sinning' by watching," he tells me in an email. "And even though you have been prepared for what you are going to see by horror films, or crime films, this is 'reality' and that makes some kind of real difference to the cheapness of the thrill of watching it. It raises its price a bit." Ultimately, though, it is still "safe," he says, because "you can shut it off" or "rewind until it becomes routine."

Farley, a former president of the American Psychological Association, says a fundamental draw of this video in particular is that we don't understand the evil it depicts. "We still can't say exactly why a person can stand in front of another person and, while that other person is awake, hack them to bits," he says. "If psychology, after 120 years, doesn't know, why would everyday folks know?" Videos like this one offer a glimpse at the "the dark side" of humanity, says Farley: "It's the side of us we know the least about and which therefore holds a lot of fascination," he says. "All of this occurs against a backdrop of everyday 9-to-5 relatively humdrum life." There is excitement in "the unknown, the uncertainty."

Related to that exploration of "the dark side," it's clear many of the viewers see the video as reflecting an unrecognized truth about the world. As one commenter wrote, "I'm proud of the fact that it shows true reality not sugarcoating the whole world as a good place." The owner of Best Gore, Mark Marek, wrote on the site, "It is a sad reminder that things far worse than any of us would ever imagine really take place in our neighborhoods. It is a sickening reflection of who we, as a human race have become."

Wilson points to Carl Jung's concept of "a shadow side to our psyches, a reservoir of all that we hate and fear about ourselves." He explains, "We mostly repress this part of ourselves, not wanting to face that fact that we are made up of darkness as much as light," says Wilson. "But the repressed shadow will not stay down -- it must express itself, one way or another. In fact, the more we repress it, the more powerful it becomes. It pushes us toward external manifestations of what we hate and fear, to horrific events and violent crimes."

A video like "1 Lunatic, 1 Ice Pick" may put some viewers in touch with their own mortality and present an opportunity to conquer their greatest fears, says Farley. "It strikes close to home," he explains. "We've all bled, most people have been in an accident in some way or other, but what about when it is deliberately inflicted?"

The reaction video phenomenon provides a way to consider such specters through someone else's eyes. Last year in the New York Times, Sam Anderson said of "2 Girls, 1 Cup" reaction videos, "They allowed people to watch this taboo thing by proxy, to experience its dangerous thrill without having to encounter it directly -- like Perseus looking at Medusa in the reflection of his shield."

Robert, the YouTuber mentioned above, tells me reaction videos are "a source for a confirmation of normalcy." He explains, "You can view someone else cringe [and] know you did the same."

Wilson makes a similar point: "It is satisfying to express unambiguous moral disdain in an otherwise ambiguous world, especially when we share this moral disdain with millions of others also outraged by the crime," he says. "So, there is a contradiction here -- we get a physiological thrill from watching violence -- in other words, we get pleasure from the horror -- while at the same time we are repulsed by the same violence, keen on denouncing it."

Of course, the ultimate question is whether it's moral to watch a video like "1 Lunatic, 1 Ice Pick." "The answer, I think, revolves around intention," says Wilson. "If someone is watching the gore only for the cheap physiological thrill, then he risks simply reducing the suffering of others to objects of his own selfish pleasure. But if we watch the gore to try to understand our own darkness or to think about the nature of good and evil, then we are clearly expressing nobler intentions."