This energetic, expertly paced docuseries pulls the viewer along to find and apprehend a cruel kitten-killer 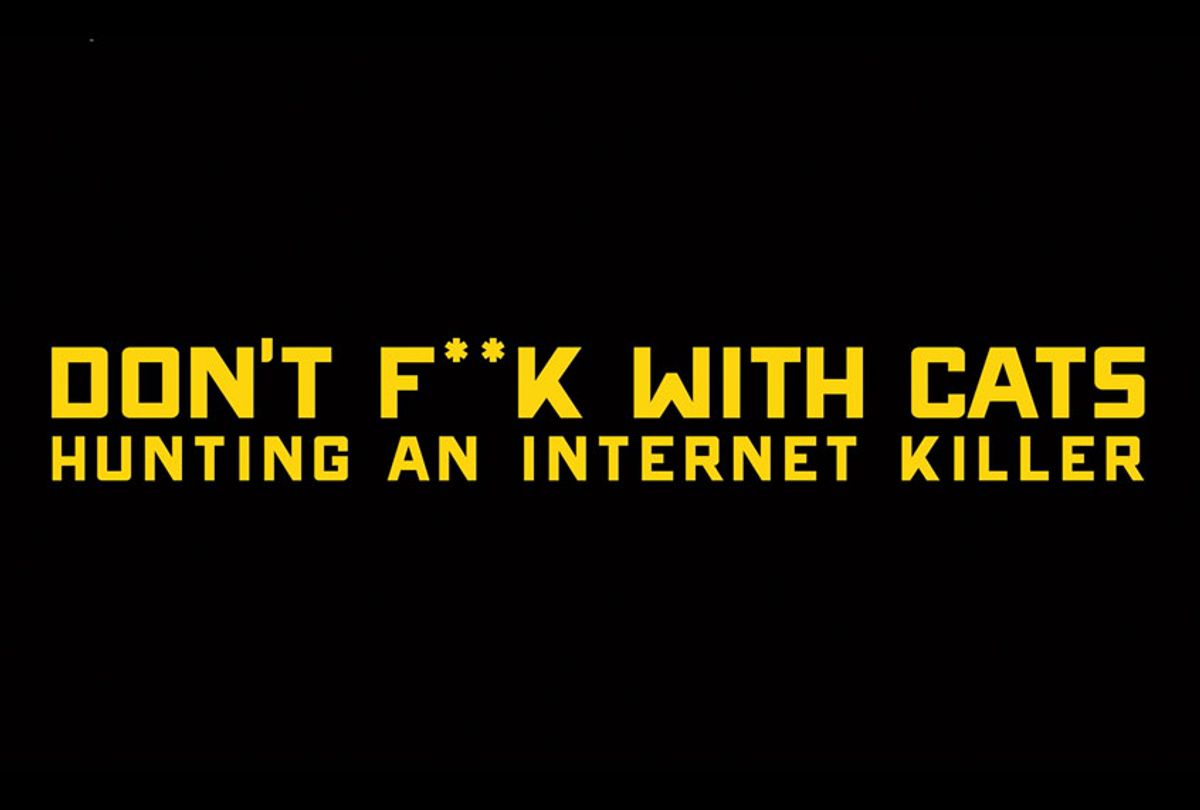 There is an unquestioned tenet that’s integral to spending time on the internet, a sort of “rule zero” — don’t f**k with cats. This is the rule that sparks the enthralling, twisted investigation that is the center of Netflix’s new limited docuseries, aptly titled “Don't F**k With Cats: Hunting an Internet Killer.”

The series begins in a really dark part of the internet: a video begins to circulate of a young man who has two small kittens and kills them on camera. It's both shocking and sickening.

A group of cat-lovers-turned-vigilante investigators soon spring into action, pulling screenshots from the video and trying to zero in on any identifying features that could lead to the subject’s capture: the yellow vacuum cleaner (that one group member eventually found out was only sold in North America), the “Casablanca” poster, the Russian sitcom playing in the background.

A second video is then posted; the same man, who has floppy brown hair and an angular nose, is playing with the stiff bodies of the dead kittens. Then more videos follow with more kitten deaths.

At this early part of the documentary, these lurid online videos aren't shown to the viewer, but the incidents are related clinically and quickly in order to establish the horror without fully reliving it.  Nevertheless, it's still incredibly heartbreaking, disgusting, and most of all, enraging that someone would perpetrate such a crime and flaunt it. It's no wonder that so many are set on catching him.

All along the way, the online investigators are still collecting clues and after some misfires — more on that later — they eventually become confident that the kitten killer is a young man named Luka Rocco Magnotta, an escort and aspiring model who is currently living in Toronto, Canada.

The group attempts to express their concerns to law enforcement, namely Magnotta’s capacity for violence and that his behavior could escalate, but as Deanna Thompson, one of the online investigators, says, they aren’t really going to take this group of “internet nerds” very seriously.

Their fears are founded, and what comes after is a captivating international manhunt that has a very real, human toll.

“Don’t F**k with Cats,” which is comprised of three hourlong episodes, is expertly paced. Unlike many true crime series that are told in past tense, a narrative structure that sometimes lends itself to a sense of premature resolve, this series is told in future tense. It buzzes with this anticipatory energy; every discovery the internet sleuths make, you feel you’ve uncovered with them. Every new horror that is revealed, you feel in your gut.

As the net of people who are involved in the hunt — the Canadian police, the French police, the German police, victims’ friends, even Magnotta’s mother — widens, the story comes into sharper focus and rockets towards an intellectually satisfying conclusion.

But this isn’t just a docuseries about finding a killer; inherent to “Don’t F**k with Cats” is an exploration of the internet and how it can both reveal and disguise who we really are, as well as how it’s a tool for magnifying and spreading vile actions and thoughts. It’s consistently deeply successful in this venture — although there is one small snag in that sub-narrative.

Early in the series, as the “internet nerds” first begin searching their amateur internet investigation, they create a Facebook group dedicated to hunting him down. As the number of videos increase, the number of group members just absolutely explodes. There are thousands of people dedicated to identifying the man in the videos, and a certain mob mentality soon erupts.

A large number of the group members soon point their fingers at a young man living in South Africa; there is no real evidence to corroborate their accusation. It is just that his body type and hair kind of, sort of match up and he had shared one of the cat videos. Members of the group turn on him, and begin contacting him incessantly via social media. The details are glossed over, but the young man — who had struggled with depression — dies by suicide soon after.

The “internet nerds” featured in the movie do vocally question whether their investigation into Magnotta’s videos caused his behavior to escalate, but nowhere in the film do they — or the filmmakers — seem to question how culpable they are in the death of this young South African man.

This is a troubling loose end in the film, but as a whole, with its deconstruction of the psyche of an internet killer, “Don’t F**k with Cats” is one of the most compelling true crime docuseries that has been produced by Netflix to date.

"Don't F**k with Cats" is currently streaming on Netflix.