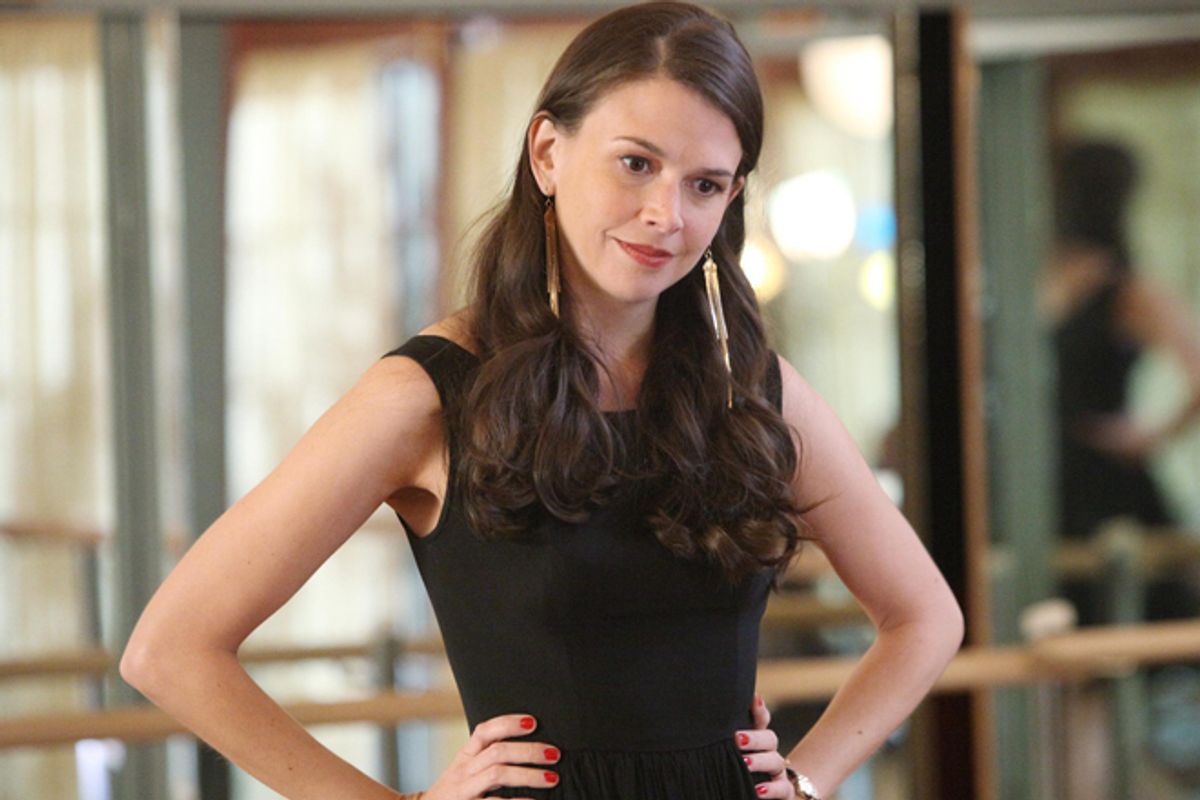 The greatest screwball heroine of the last two decades, give or take a Liz Lemon, had some bad luck. She was condemned to live out her fast-talking days on the WB-turned-CW, that marginalized channel catering to teenage girls, where she never tangled with anything as prestigious as drugs, death or violence -- just a quirkiness so concentrated it makes Zooey Deschanel’s adorkability look watered down. For all these reasons, Lorelai Gilmore, the star of the mother-daughter drama “Gilmore Girls,” doesn’t get nearly enough respect, despite being a plucky, honest, intelligent and idiosyncratic torrential talker and a top-five fictional road trip companion (assuming you could enforce some periods of mandatory silence). She's easily the most compelling TV heroine who has ever been defined first and foremost as a mother.

I am happy to report then, that Lorelai Gilmore has lately been reincarnated. Her spirit, speaking patterns and pop culture references, if not actual corporeal being, can now be found animating ABC Family’s fledgling series “Bunheads,” also from “Gilmore Girls” creator Amy Sherman-Palladino. The protagonist of “Bunheads” is a newly married Vegas dancer, not a single mom (or as “Bunheads” title might suggest, a Cinnabon employee). She is played by the Tony-winning Broadway actress Sutton Foster, not Lauren Graham. The opinionated, nosy character played by Kelly Bishop is her mother-in-law, not her mother. The fanciful and irritating hamlet populated by well-meaning busybodies she lives in is located in California, not Connecticut. But these are merely superficial differences. Just close your eyes and listen.

Lorelai’s spirit is now vested in a character named Michelle Simms, a lively, classically trained ballet dancer turned Vegas showgirl. At a career dead end, she agrees to marry a very nice guy named Hubbell Flowers (Alan Ruck aka Cameron Frye, working a name that alludes to Hubbell Gardner of “The Way We Were,” but with none of his sex appeal). She does not love him, but hopes the marriage will bump her life onto a better track. Michelle follows Hubbell to a tiny village of Paradise, Calif., which, like “Gilmore Girls” Star’s Hollow, bears a passing resemblance to a quaint small town in a Frank Capra movie, if such a town were populated exclusively by well-meaning, long-winded, privacy-invading, civic-minded, aggravating spastics. Hubbell lives with his imperious, bossy mother Fanny (Bishop), who runs a dance studio where, I assume, Michelle will come to work, overseeing the dance education of four teenagers in particular. Fanny is distinguishable from Emily Gilmore only in her taste for leotards and horrible knickknacks. (Which, if you know Emily Gilmore, are actually two pretty serious distinctions.)

Sherman-Palladino, like showrunners such as Shonda Rhimes, Aaron Sorkin and Ryan Murphy, has strengths and weaknesses that she seems destined to repeat in whatever new project she undertakes. (When Michelle gets chewed out by an odd, overly familiar townswoman who is in love with Hubbell, I realized that “Gilmore Girls’” Kurt had, unfortunately, been reincarnated on “Bunheads” as well.) But the “Bunheads” pilot is largely a a showcase for Sherman-Palladino’s best stylistic and thematic trademarks: The banter, the pacing, the quirk, the unerring focus on female relationships. “Gilmore Girls” was about mothers and daughters; Sherman-Palladino’s short-lived Fox sitcom “The Return of Jezebel James” was about sisters. “Bunheads,” despite a first-episode feint in the direction of romance, will, I suspect, be about mentors -- how ladies who are not a woman’s family can shape her anyway.

"Bunheads" also has the Sherman-Palladino strength of stealth steeliness. For all of its sweetness and strummy la-la background music, "Gilmore Girls” was surprisingly unsentimental. There has never been a TV show about a dysfunctional mother-daughter relationship that included fewer hugs or less resolution than Lorelai’s with Emily.  Over “Gilmore Girls'” seven seasons, Lorelai and Emily fought, reached détente, occasionally got along, but never really resolved their issues. Some hurts stay hurt. Beneath “Bunheads'” cutesy surface, there's a similar emotional outlook, but the major pain of “Bunheads” is not between mothers and daughters; it's self-inflicted. Both Michelle and Fanny failed to live up to their potential, and they know it, talk about it, drink to it. If Emily and Lorelai could never forgive each other, I suspect Michelle Simms is going to have a similarly hard time forgiving herself, however many kitschy, distracting small-town festivals she attends and zinging lines she gets to deliver.