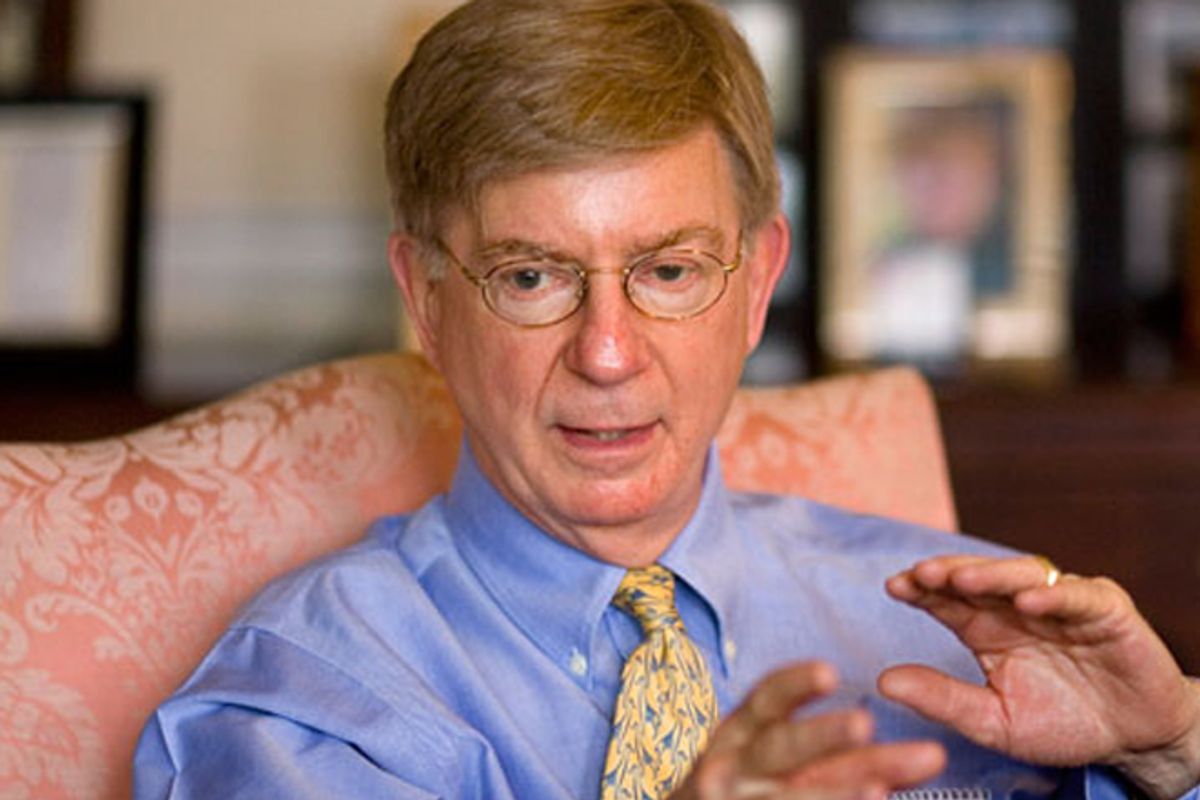 On Friday, George Will helicoptered into the great debate over student loans again, declaring, in "Subprime College Educations," that tuitions and fees have risen so far and so fast because of the easy availability of cheap government loans. Just as was the case (so conservatives like to believe) with the housing bubble, the government, it turns out, is the cause of the "higher education bubble."

Will needs to go back to school. The single most important factor forcing tuition hikes at public universities and community colleges -- which accounts for about 70 percent of the nation's post-secondary school enrollment -- is cuts in direct funding from local and state governments.

The sorry truth is that even the exorbitant tuition hikes of the last 11 years -- since 2001, the cost of college has risen 5.6 percent annually -- doesn't match the cuts to education budgets. Students at public universities have been driven to take out loans because government is no longer capable of paying the bills directly.

George Will should also probably pay close attention to today's Wall Street Journal, in which Josh Mitchell notes that "studies of the relationship between increasing aid and climbing prices at nonprofit four-year colleges found mixed results," except in one key sector of higher education -- the for-profits.

The study's authors warned their findings don't apply to public colleges and private nonprofit schools, which they say are different because they aren't motivated by profits and because their prices are largely determined by state funding and donations.

So yes, government is the problem -- the lack of the historic level of government support Americans have traditionally given to their universities. And as I reported last Friday, if you're looking for someone to blame for pushing "subprime" loans to the for-profit-school students most likely to default, the most likely suspect is not the government, but the private sector -- a fact that was equally true in the run-up to the housing bust.

I'll give Will credit for one thing. He takes a deserved whack at the University of California's bloated administrative bureaucracy. There is little doubt that far too much in precious resources is being diverted to high-salaried administrative personnel.

That needs to be addressed. But compared to the millions that for-profit executives are earning while raking in government loan money, it's hardly the worst abuse on the higher education block.