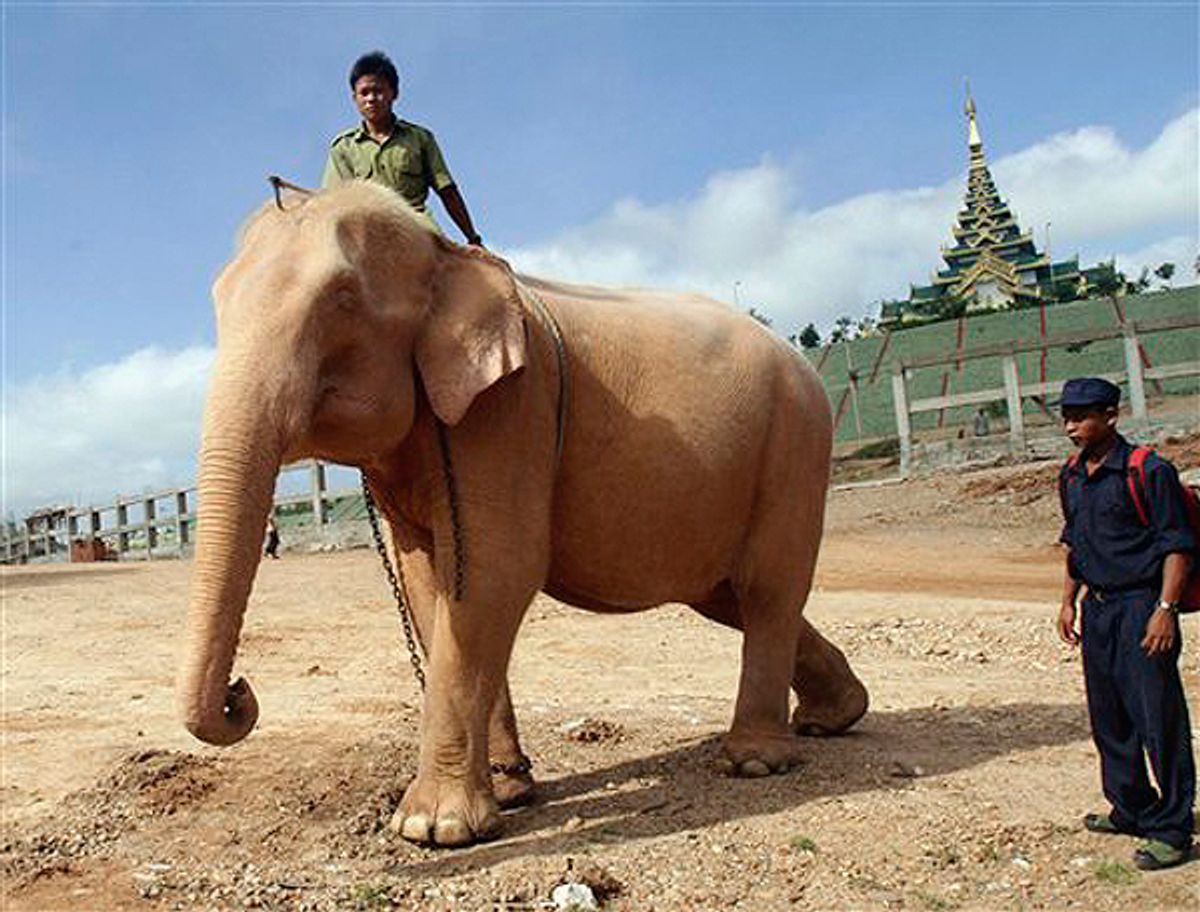 A flare-up of arson attacks and riots in Myanmar's remote Rakhine state -- which, by most accounts, have led to 500 homes torched and seven deaths -- have stoked nationalistic anger.

That fact alone is hardly surprising. Many of the country's majority ethnic group, the Burmese, have a dim view of the perceived assailants: Muslim men from an ethnic group called Rohingya. Though the Rohingya maintain they've existed on Myanmar's coast for centuries, they are widely derided as invaders from neighboring Bangladesh. A government official once famously derided them as a "dark brown" tribe that are "ugly as ogres."

What's novel, however, is the outpouring of anger on Twitter.

Here's a sampling of the anti-Rohingya Tweets:

@kozawgyi: We do not want #Extremist #Rohingya #Terrorist who engage in destructive acts in our Land. Our emotion is as same as USA #9/11 attack!

@ashinswami: Rohingya are killing and burning now poor Rakine villagers. How to stop them?

@thatburmesekid: they kill our people.they burn our villages.It is not protesting but they are terrorists. #Rohingya get out from #Myanmar.

@nyaseasar: Rohingya is not a nationality in Myanmar.They killed innocent Rakhine people and burned native villages.They are terrorists.

@goddess_ofspace: #rakhine people are not terrorist people... #ROHINGYA are ~!!!!

Western media have a habit of exaggerating the role of Twitter in foreign conflict zones. To be clear, the percentage of Myanmar nationals with Internet access and a Twitter account -- let alone electricity -- is infinitesimmaly tiny.

What's interesting is that some in Myanmar are joining the rest of the world in using Twitter (and Facebook) to vent nationalistic rage and excoriate the foreign media.

A bit more background: Most outlets contend the tit-for-tat attacks began with the rape and murder of a local woman. Believing the perpetrator to be Muslim, a mob run aboard a bus and beat Muslim men to death, according to AFP. The violence has since escalated.

Also, Myanmar's president, initially avoiding a public address for fear "it would impose burden to your mind," has broken his silence.

According to Myanmar's state mouthpiece New Light of Myanmar, he called the violence "anarchic activities become wider due to instigations based on religion and racism putting rage, hatred and vengeance in the fore." He warned citizens to resist "the desire of vengeance and anarchy."

GlobalPost's reporting on global heath is made possible in part through a partnership with the Henry J. Kaiser Family Foundation as part of its U.S. Global Health Policy program.