The Fed releases brutal details on how the crash sucker-punched America. So why won't it do anything? 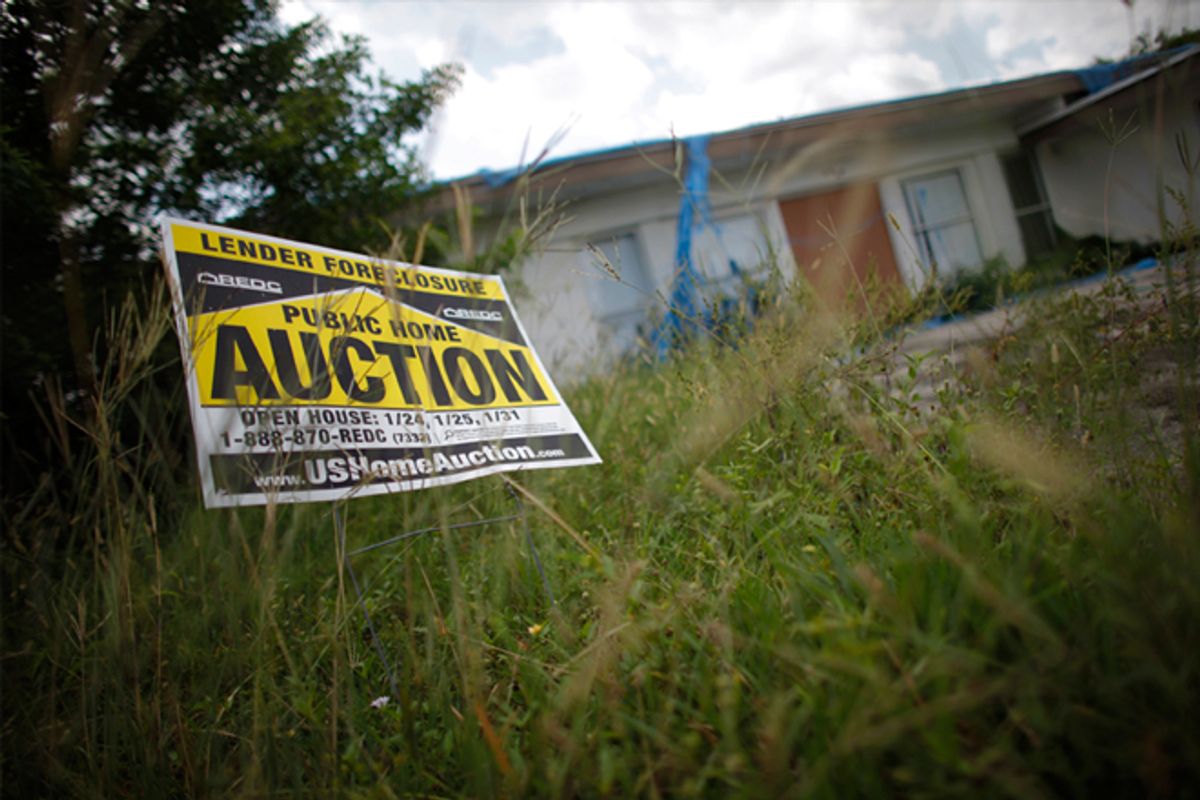 For economy watchers, the title of the report released Monday by the Federal Reserve, "Changes in U.S. Family Finances From 2007 to 2010: Evidence From the Survey of Consumer Finances," must inspire a feeling akin to what drivers on the highway experience when they see the twirling lights of police cars on the side of the road near the scene of a major accident. You know you shouldn't stare, and you know what you see might make you sick, but you nevertheless end up rubbernecking anyway. It's human nature -- we can't stop ourselves from goggling at disaster.

And so it is with the Survey, which the New York Times' Binyamin Appelbaum calls "one of the broadest and deepest sources of information about the financial health of American families" that we have. One look at the title tells you all you need to know: Here, in all their gory detail, will be found the brutal details on what happened to Americans in the immediate aftermath of the worst economic disaster since the Great Depression.

The distribution of the losses tells us that the middle class took the brunt of the damage, in terms of both net worth and income. But there are some interesting statistical oddities. For the lowest-income quintile of the American public, income actually rose by about 4 percent. Meanwhile, the top 10 percent of Americans saw their net worth tick up slightly.

The housing bust explains the divergence. Middle-class Americans tend to have most of their wealth invested in their homes. The nationwide collapse in housing prices clobbered home equity, but the poor and the rich were mostly insulated from the damage. The fact that income rose, slightly, for the poorest Americans is still a bit of a mystery.

The Federal Reserve's report doesn't draw any policy conclusions from the data, however, and that's unfortunate. Because even though the economy has improved somewhat since 2010, the huge effects of the crash are still very much with us, as proven by high unemployment, a barely conscious housing market, and extremely tentative GDP growth. And the Fed, as Christina Romer, Obama's first chairwoman of the Council of Economic Advisers, reminded us in Sunday's New York Times, is the only entity capable of actually doing something about it.

Romer concedes that the U.S. economy needs help on multiple fronts, including fiscal stimulus and relief for homeowners facing foreclosure.

But neither is likely to happen, at least not before the presidential election. As a result, the Fed is the only plausible source of immediate help for the American economy. It was set up as an independent body precisely so that somebody can do what’s right when politicians can’t or won’t.

The Fed, as is clear from its own published data, understands the depths of the crisis as well as anyone. The Fed also has tools to address it, either by targeting a slightly higher rate of, or engaging in another round of quantitative easing to inject more liquidity in the economy.

Aggressively deploying either tactic would doubtless spur more squawking from Republicans, whose worst-case scenario is that a resurgent economy endangers their effort to take control of the White House and the Senate. But what's surprising is that we aren't hearing more squawking in the opposite direction -- from the economic advisors who are still working for Obama. Congress won't do anything and the White House can't -- where's the Fed?