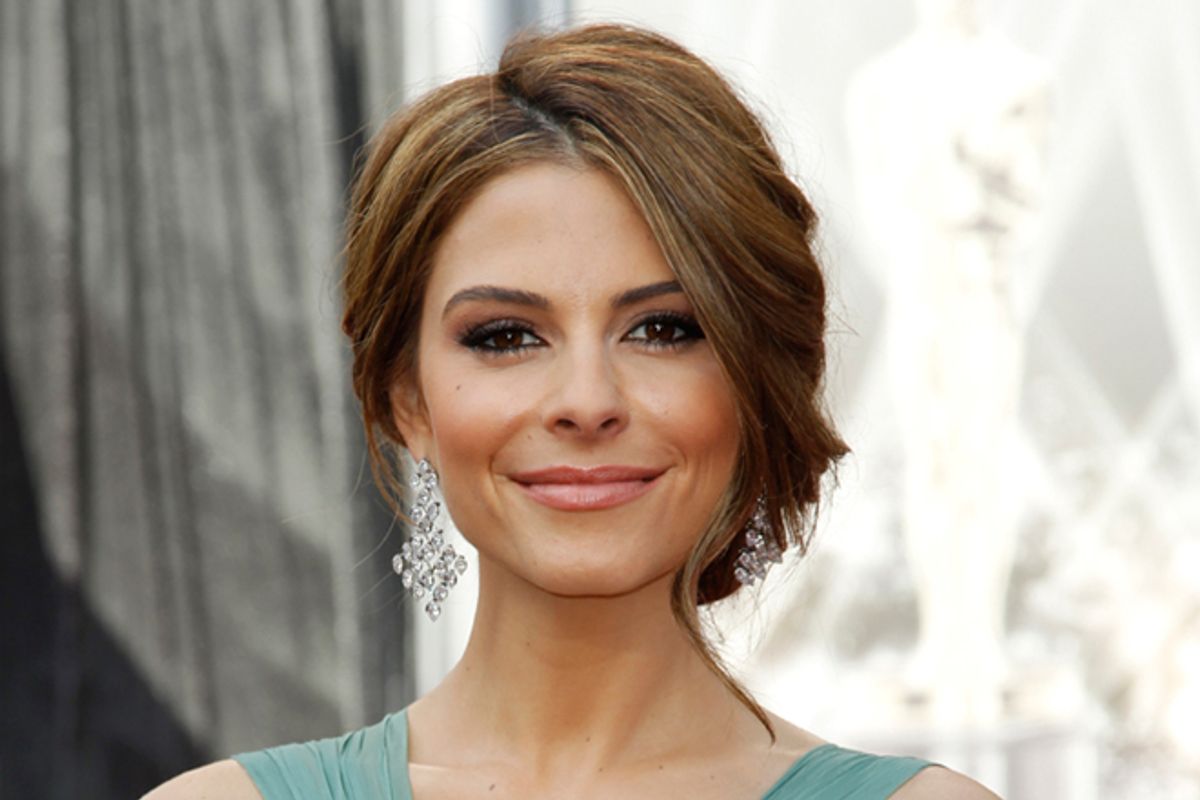 Going to the doctor is inevitably stressful. But on Monday, “Extra” host and former "Dancing With the Stars" contestant Maria Menounos revealed on "The Howard Stern Show" that she'd been sexually abused by her doctor.

Menounos said that when she was a teenager, she went to her physician for a throat infection and the doctor touched her genitals. "I was really young, so I was so uncomfortable." She said her boyfriend "was in the waiting room and I literally started screaming ... I didn't know what to do." Menounos said that she decided not to pursue any action against the doctor, adding that she now allays her fears by bringing her boyfriend with her into the exam room. But other doctors since have behaved unprofessionally, too, she said -- complimenting her belly button ring, for example. Not sex abuse, but definitely not sensitive behavior, either.

After Menounos' admission, Stern said his wife had a similar experience with a doctor who'd touched her inappropriately. And sadly, online stories about her revelation have been filled with comments by women who've shared their own tales of inappropriate and sexually abusive behavior from their doctors.

Menounos' openness about her experience serves as a message to others who've gone through the same thing -- they're not alone, and sometimes the person you entrust with your health and your body is dangerous. We've seen similar, high-profile cases before -- Dr. Earl Bradley, the pediatrician convicted of raping over 100 of his young patients, and Dr. Antony Collis, who was convicted last year of indecent assault against his patients.

But there's a tremendously chilling side effect to these stories as well. You can see it all over the comments -- the insistence that patients should "Go to female docs. Period," and "That's why I only see female gynecologists." You see it in the halfhearted defenses of "(Some) Male Doctors" and the nervous commenters who say that "any mother who thinks that a male doctor seeing that girl in just her panties, or even with her bra on too, would not get aroused is totally fooling herself." Or that "young attractive women should stay away from male doctors." You see it in the "squirmy" blog posts that declare, "I still can't wrap my mind around why a man, out of all of the medical concentrations in the world, would choose to be a woman's doctor. And then there's the inevitable question: Does he ever get aroused during a consultation?"

A person who touches another human being in an unwanted, nonconsensual and sexually inappropriate way is a criminal. That person should be punished. But we do not combat criminal behavior by avoiding male doctors, or by making the mental leap that any man who went to med school must have nefarious aims. Unfortunately, we see the same kind of creeped-out skepticism now in other fields as well – the way we shudder over male schoolteachers and coaches, because of the despicable behavior of some. And this is bad for all of us, men and women. It separates us and shuts us out.

Almost any efficient, professional doctor's office will make sure that there's a nurse or resident in the room during the exam. Any normal doctor isn't going to try to sexually assault his patients. And when we assume that every man is a potential predator, we normalize pathology. We tell men that they can't control themselves around women (or children). We tell ourselves that there's something wrong with a man who works in a caretaking profession, and by doing so, healing and teaching and other jobs that involve working with humans become the fields for women. Men get bumped up to research and administration.

The choice of whom we trust our bodies to is a personal and intimate one. First and foremost, every one of us is entitled to physicians we feel comfortable with. But it is a huge disservice to men to approach our choices with the assumption that because some of them do terrible things, we ought to just wipe out 50 percent of our medical options right off the top. It's a disservice to the many wonderful male doctors, including male gynecologists and obstetricians. And it's a damaging and deeply unhealthy way of looking at an entire sex.