Like fast food, fast fashion hurts the economy, environment -- and our souls. The author of "Overdressed" explains 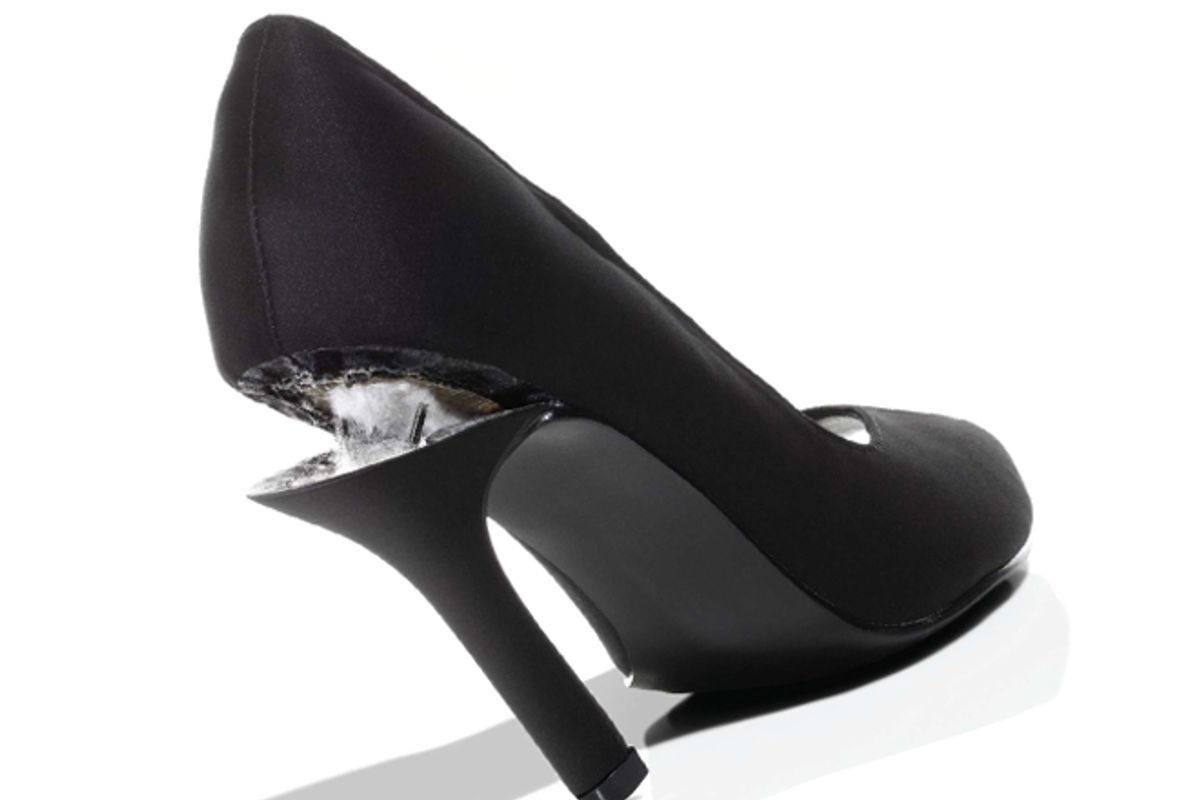 The average American buys 64 pieces of clothing a year. That's more new tank tops and jeggings than there are weeks in which to wear them. And we buy those items, often, with the tacit understanding that the pullover purchased in January isn't going to make it to Christmas -- or even spring equinox. Elizabeth L. Cline has one such typical American wardrobe. As she admits in her new book "Overdressed: The Shockingly High Cost of Cheap Fashion," an eye-opening exploration of our mania for bargain-basement fashion: "I paid less than $30 per item on average for each piece of clothing in my closet. Most of my shoes cost less than $15." She describes an inventory of, "socks and underwear notwithstanding," some 364 pieces of clothing.

We all have closets overflowing with clothing, drawers spilling over with T-shirts, and underwear in every color of the rainbow. Yet, as Cline tells us, "We spend more money on eating out in restaurants" than we do on attiring ourselves – and only 3 percent of the measly amount we spend on clothing goes to apparel made in the United States.

In much the same way that decades of plummeting food prices have led to both grim industrial practices and an overall decline in our health, the demand for ever cheaper clothing has choked off our garment industry, created mountains of waste, and destroyed our relationship with our own self-image. We have come to expect that a mass-produced, tissue-thin shirt will fall apart after a washing or two, and that the leggings plucked from a crammed rack under a MEGA SALE sign will have a hole in them by the end of the week. You are what you eat, but you are also -- to an even more publicly discernible extent -- what you wear. So what are you when you're wearing a $5 polyester shirt made in China and shipped here by the boatload?

Cline understands that in a rough economic climate, few of us can afford expensive, fabulously crafted goods. But what she does make a convincing plea for is a renewed connection with our clothing and, by extension, ourselves and our communities. Salon spoke with her recently about how fashion sunk so low, the difference between a bargain and a good value, and what we can do to reinvent the American closet.

A few years ago I saw an ad for $2 camisoles at Old Navy, and realized I didn't feel excited about it, I was disturbed. It changed how I felt about shopping. Tell us about your own conversion.

Three years ago, I bought seven pairs of shoes for $7 each at Kmart. In the moment, it was irresistible. But as soon as I landed the deal, a bigger picture emerged. Buying cheap clothes is fun, but wearing them and having a closet full of them turns out to be dissatisfying for a lot of consumers.

Among the things you address in the book is the way that shopping and spending have become ends in themselves. You talk about the YouTube phenomenon of haulers – people who post videos of what they picked up in their latest shopping sprees.

There's a really big disconnect out there between what people are buying and how they use things. What's interesting is that you can be considered an "expert consumer" when there's no expertise involved -- you're just going out and consuming and bragging about it. Expertise about clothes has always meant knowing about fabrics, seams and craftsmanship. Now it's knowing about price points and trends.

Of all the culprits for the cheapening of fashion, who'd have predicted it would have been major designers? Yet you talk about how partnerships like Isaac Mizrahi for Target and Karl Lagerfeld and Versace for H&M have created this very illusionary idea that haute couture can be obtained at the mall for $9.99 -- and what that's done to our expectations.

Back in the early part of the 20th century, women were very aware of Parisian couture and everyone wanted to copy them. So you would go to a dressmaker or make the dress. Now people stand in line to buy disposable copies. Michelle Obama was photographed in the Jason Wu for Target dress this spring. We have it in our head that cheap is democratic; meanwhile the American garment industry has been so badly hit.

To be fair to the bargain hunters, I remember when it took a lot more work for find clothes that were affordable and cute. Inexpensive used to be synonymous with ugly.

Well, in the '50s and '60s you could walk into a department store and get something beautiful and durable. Then there was really a dead zone and a transition in the retail industry. When these fashionable discounters came along, it looked like we had arrived in some fashion nirvana. These huge corporate clothing chains have put a lot of money on the concept that cheap is chic and it's cool.

The problem is that the only way these stores sell these clothes as cheaply as they do is by selling clothes in extraordinary, unsustainably high volumes.

What's happened is that over the last two decades, consumers have learned to fetishize and seek out the cheapest clothes. We've lost sight of clothes as material goods -- as things that are made. They're now symbolic. We're buying either low price or we're buying a name. The name of the game is just paying as little as you can.

So what can we do to change that game?

The first thing we can do is demand better made clothes that are affordable. Support any line or brand you feel is making an effort to make quality products that are fairly priced. I try to support independent designers that create locally. I would like to see more fair trade. I think that is a great solution to a lot of the problems in the fashion industry. I love to buy a T-shirt and jeans and feel OK about it and still not be breaking the bank. No one wants to spend $100 on a shirt.

Things are changing. There is a whole burgeoning sustainable design movement. We're beginning to see more retailers who are dedicated to it. Fashion schools like FIT have sustainability courses worked into the curriculum. You're starting to see clothing swaps and refashioning secondhand clothes. It's great to buy vintage and secondhand; it's even more fascinating that people are going to Salvation Army and getting clothes and rebuilding them into something different and new.

Another thing I recommend, and I know this is hard for a lot of people to imagine, is learn how to sew. It makes you a better consumer. It makes you able to recognize quality and craftsmanship, and then you know when you see it.

What do you think is the payoff of that kind of engagement for consumers?

Right now, we see clothes as disposable. We don't maintain what we wear. If only people knew how easy it is to do something about that. When we're just passively consuming it as a disposable good we've lost our connection to something that could be so meaningful. And that's tragic.

Shopping is probably the most passive activity there is. I tell the people I know who spend so much time shopping, there is no way you could spend more time maintaining your clothes than you do right now buying them. And once you give some alternatives a try – looking at labels, looking at what clothes are made of, visiting you local tailor and seamstress and cobbler, you'll discover all of these things are more satisfying. Clothing is so personal -- but it's also crucial to the economy and culture.