A back door to the public option

Healthcare reform is popular enough to outlive the individual mandate 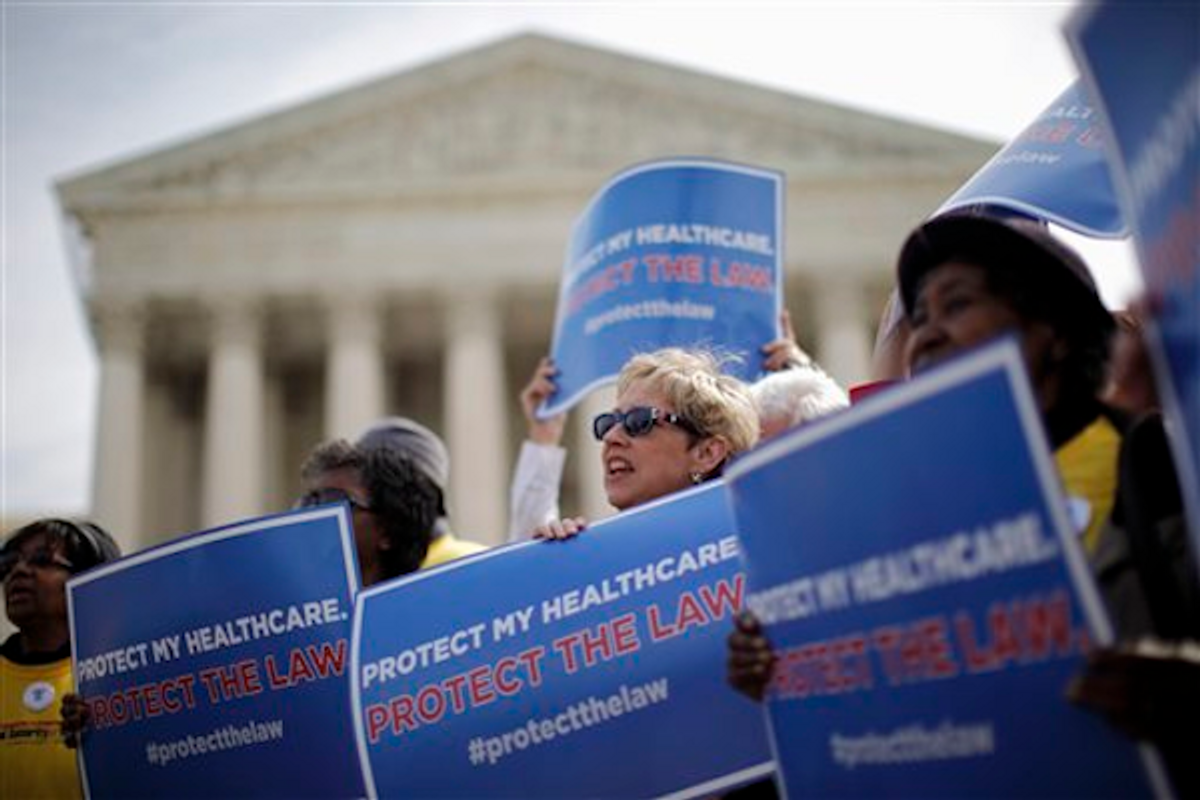 Any day now the Supreme Court will issue its opinion on the constitutionality of the Affordable Care Act, which even the White House now calls Obamacare.

Most high-court observers think it will strike down the individual mandate in the Act that requires almost everyone to buy health insurance, as violating the Commerce Clause of the Constitution — but will leave the rest of the new healthcare law intact.

But the individual mandate is so essential to spreading the risk and cost of healthcare over the whole population, including younger and healthier people, that some analysts believe a Court decision that nixes the mandate will effectively spell the end of the Act anyway.

Yet it could have exactly the opposite effect. If the Court strikes down the individual mandate, health insurance company lobbyists and executives will swarm Capitol Hill seeking to have the Act amended to remove the requirement that they insure people with preexisting medical conditions.They’ll argue that without the mandate they can’t afford to cover preexisting conditions.

But the requirement to cover preexisting conditions has proven to be so popular with the public that Congress will be reluctant to scrap it.

This opens the way to a political bargain. Insurers might be let off the hook, for example, only if they support allowing every American, including those with preexisting conditions, to choose Medicare, or something very much like Medicare. In effect, what was known during the debate over the bill as the “public option.”

So in striking down the least popular part of Obamacare -- the individual mandate -- the Court will inevitably bring into question one of its most popular parts: coverage of preexisting conditions. And in so doing, open alternative ways to maintain that coverage, including ideas, like the public option, that were rejected in favor of the mandate.

The fact is, there’s enough the public likes about Obamacare that if the Court strikes down the individual mandate that won’t be the end. It will just be the end of the first round.