No, he didn’t just discover a new, retroactive way to undermine Obama 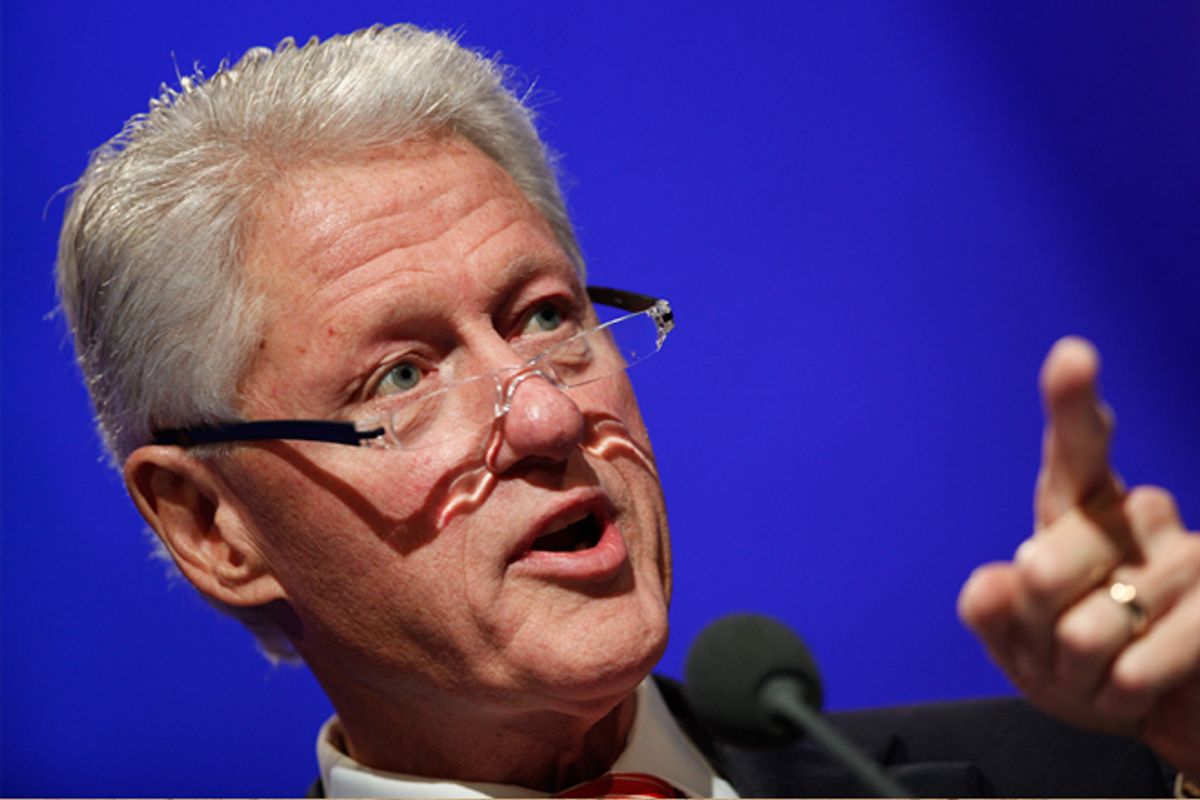 A line that Bill Clinton used two years ago is being revived today with the idea that it supposedly steps all over Barack Obama’s message. There’s actually nothing to it, though.

At issue is a speech Clinton delivered in 2010 at the same Cleveland venue where Obama will later today present his main economic argument for another term as president. What supposedly makes this awkward is that in his ’10 remarks, Clinton said:

"The Democrats are saying something like this: 'We found a big hole that we did not dig. We didn't get it filled in 21 months, but at least we quit digging. Give us two more years. If it doesn't work, vote us out.'"

And now here we are two years later, the hole is still imposing, and Obama has the gall to ask for four more years? It’s almost as if Clinton has stumbled on a new, retroactive way of making Obama’s political life miserable. Unless you consider the context.

Clinton made the speech during a September ’10 campaign swing through Ohio on behalf of then-Gov. Ted Strickland and Lee Fisher, who was running for the U.S. Senate. During that trip and in other appearances that fall, Clinton continually pressed the theme that Democrats had inherited an epic mess from the GOP and needed more time to fix it. For instance, at a Cincinnati rally with Fisher, he used a football analogy:

"In 2008, we threw out a management team that had a 2-14 record in the last season. And now this team of which Lee's opponent was one of the leaders is coming back and saying, 'Look, we gave them 21 whole months to fix this mess we dug, and they have not won the Super Bowl, they're only 8-8; so what you should do is hire a 2-14 team to get back in there.'"

The key point here is that Clinton was asking voters not just to give Obama two more years (they had no choice but to do that), but also to give Democrats two more years of congressional control, to allow the party to continue implementing its agenda. As you’re probably aware, voters ended up ignoring this plea and installing a Republican House, which has pretty much made it impossible for Obama and Democrats to do anything substantive to boost the economy these past two years – like, say, pass a jobs bill that economists widely agree would increase growth and cut unemployment.

Clinton actually spelled out his argument in greater detail in a “Daily Show” appearance that same month:

In isolation, Clinton’s '10 words may sound damning today. But they were rendered inoperative by the 2010 midterms. I’ve been happy to acknowledge when the former president has undermined the current one in the past, but that’s not the case here at all. His '10 remarks had everything to do with that year’s election, and have nothing to do with this year’s.