John McCain is so mad about wasteful spending on science, research

A predictable attack on programs that sound sort of silly 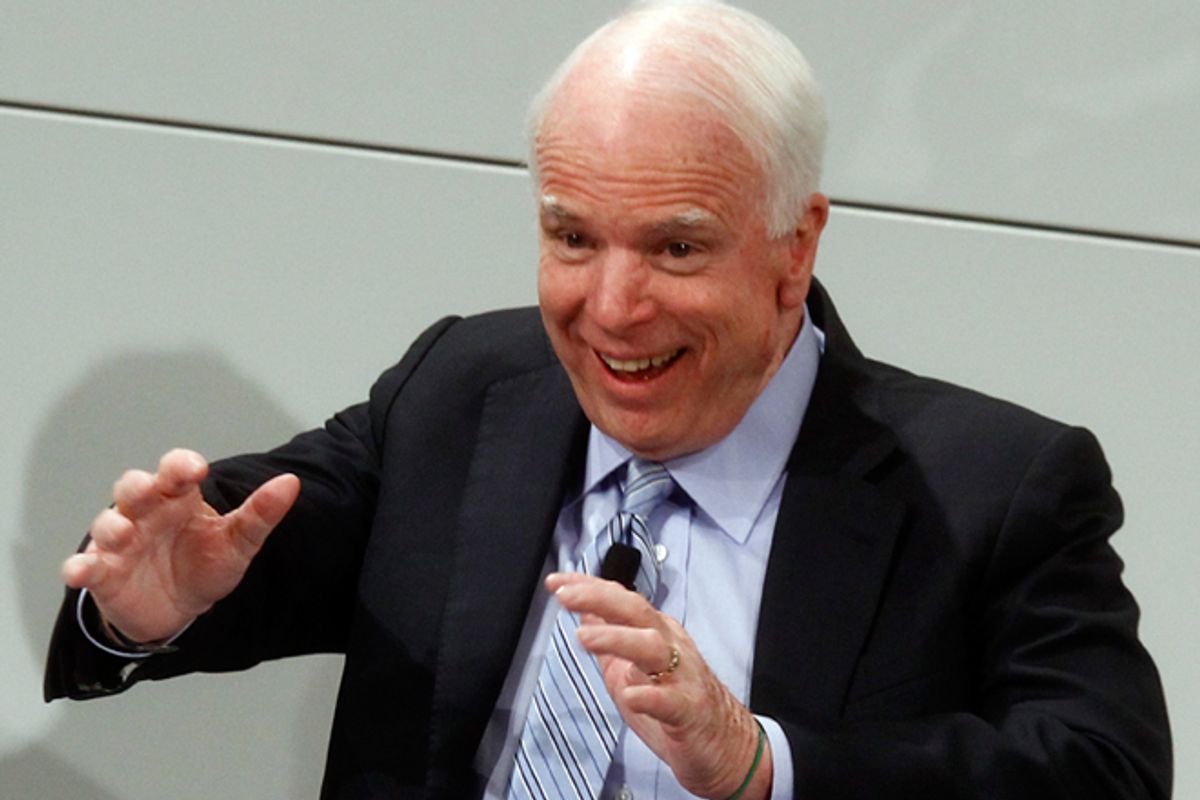 John McCain is once again proving to everyone how essentially shallow he is as a politician. The Arizona Maverick is on one of his patented crusades against pork, and, as always, he has no coherent definition of pork. Did you know that the government plans to waste your tax money on science and stuff?

So the Farm Bill is due to be voted on (it is being stalled, of course, because this is the Senate we're talking about), and as usual it's a massive thing larded up with horrible policy. (Like: cutting $4.5 billion from the food-stamp program, but sugar price supports and quotas were maintained, thank god!) Grandstanding attention-seekers (aka "senators") are now trying to blow up the whole thing with horrible amendments, like Rand Paul's wonderful plan to just get rid of the food-stamp program entirely, and Jim DeMint's very farm-focused amendment that would repeal Dodd-Frank.

John McCain is very outraged about the bill and all the spending in it, naturally. But instead of developing any sort of larger objection to the bill's priorities or major components -- something that would require a coherent philosophy of government -- McCain just decided to single out the things in the bill that sound the silliest, if you are a cranky old man who doesn't like to have to think about stuff too hard.

So on The Twitter yesterday, McCain counted down the 10 "worst projects" funded by the Farm Bill, except by almost any standard they were not at all the worst things funded by the farm bill.

Like No. 6, starting a program to eradicate feral pigs, which McCain clearly included because it involves pigs, allowing him to make a "pork" joke. Except feral pigs are actually a major (and expensive) threat to the environment and property and businesses. And, oh my, $700 million to study moth pheromones! What a waste of money! Except it's funding the Agriculture and Food Research Initiative's competitive grants program, and if you don't think "grants for scientific research on agriculture" is something the government should be doing, you should make that argument instead of delivering scripted zingers about welfare moths on the floor of the Senate in a pathetic bid at getting some ink for your brave stand against wasteful spending.