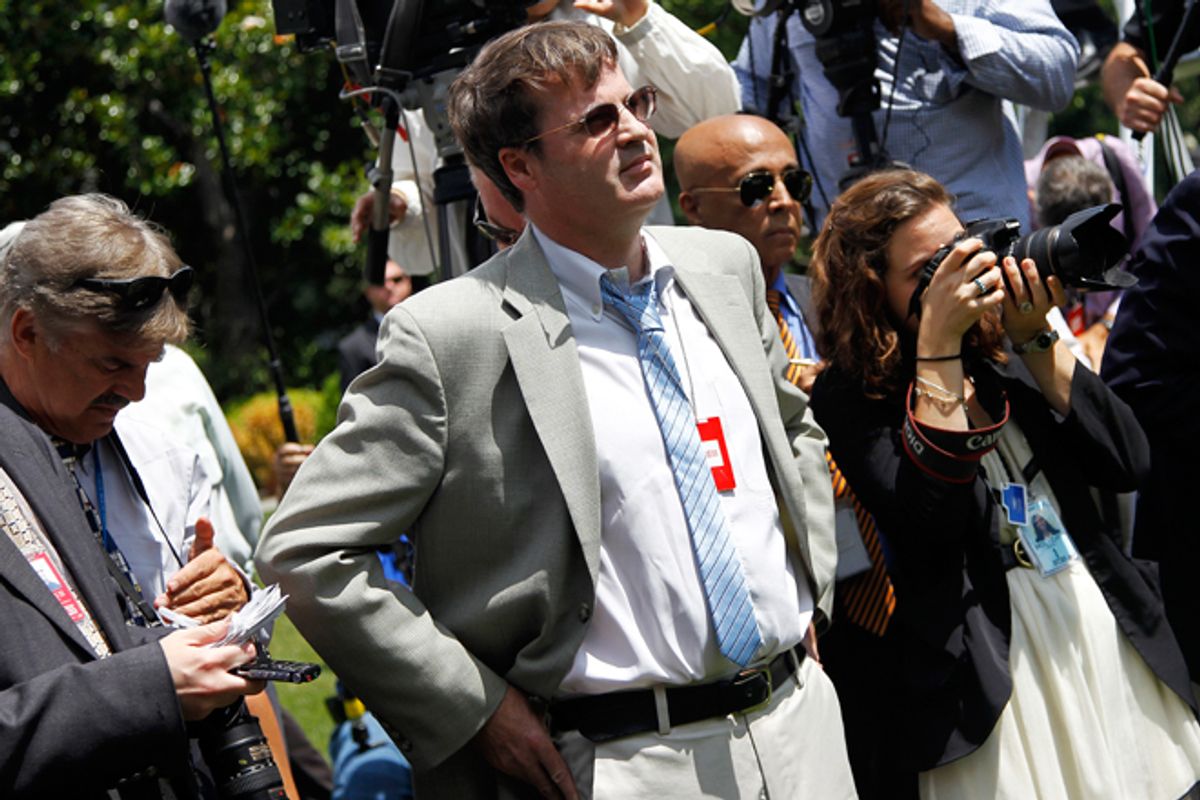 Neil Munro of the Daily Caller listens to President Obama at a press conference on Friday. (AP/Haraz N. Ghanbari)
--

So. The president was just giving a Rose Garden address announcing his administration's plan to stop deporting certain immigrants. Neil Munro, a reporter from Tucker Carlson's "Daily Caller," decided to start shouting at him, in the middle of the president's statement. "What about American workers who are unemployed as you import workers," he shouted, and "Why’d you favor foreigners over Americans?" President Obama looked pretty pissed at him. Munro kept shouting more things as the president actually attempted to answer his question, and then Munro walked away, after telling everyone that he's an immigrant. (Why did some president import him?)

It is in no way surprising that a Daily Caller reporter would act like a tremendous, disrespectful asshole, as "act like an asshole" is essentially the Caller's mission statement. Presidents shouldn't be afforded god-like respect by the press or the citizenry, but "don't interrupt people while they're talking to angrily shout disagreeable things at them" is just sort of basic politeness, really. (Of course, in a movie written by a liberal screenwriter -- *cough cough* Aaron Sorkin *cough cough* -- Munro would be a hero. And in a movie written by a liberal screenwriter, he also wouldn't be an obnoxious right-wing Irish-accented twit, and also his question would not be paradoxically nativist nonsense.)

Munro is an Irish-born naturalized American citizen who had a very boring gig as a science correspondent for the respected National Journal for ten years until he went to the Caller, where he was finally allowed to unleash his inner asshole. Fun fact: In his role as "science" reporter at the journal, he wrote two major pieces lending credence to anti-vaccine conspiracy theorists! So he's vile and moronic in a variety of ways. Also various people who have met him socially and people who have worked with him seem to agree that he's not a particularly pleasant or respectful guy.

The Caller, obviously, is very proud of Munro for shouting stuff. So now let's agree to not talk about him anymore, ever, because that is what they want.