Local officials tried to censor the unappetizing pictures on a student's blog. Worldwide outrage made them back off 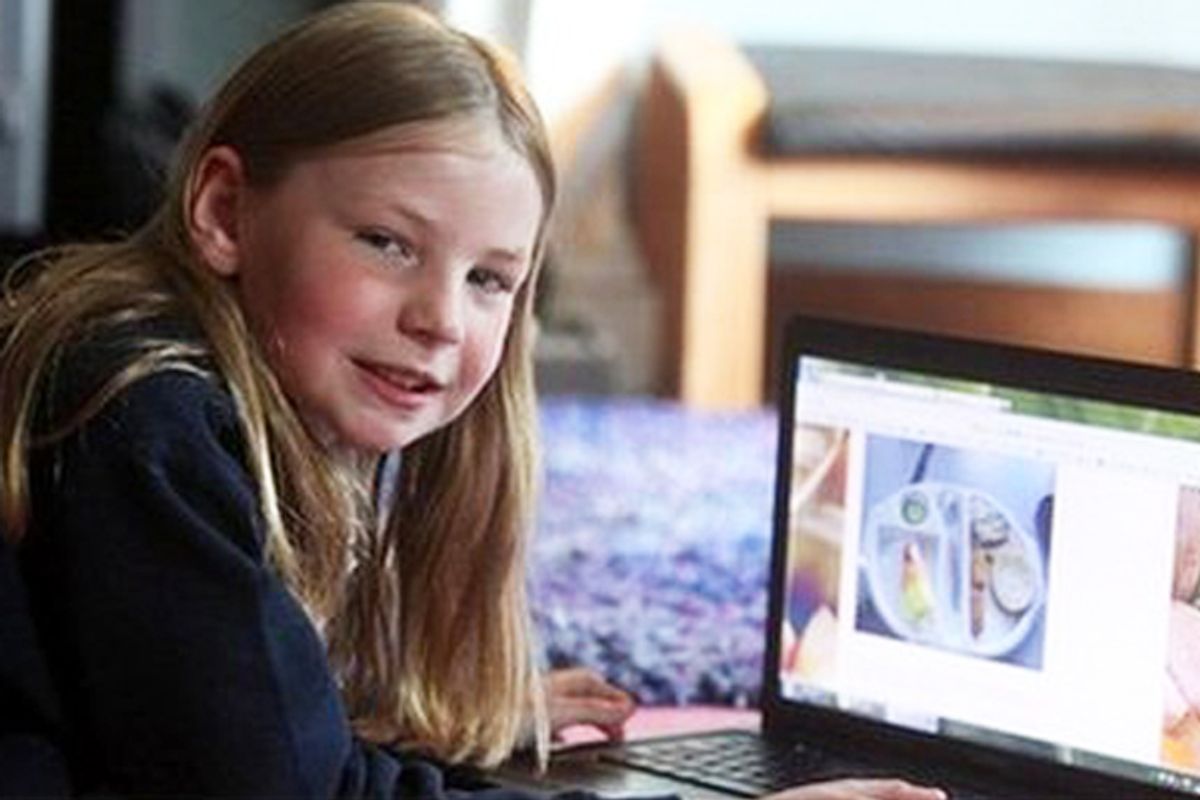 Martha Payne is an adorable 9-year-old schoolgirl who lives in Argyll, Scotland. You do not want to mess with Martha Payne.

This spring, Payne launched a little blog called NeverSeconds to chronicle her school lunches. With her photographs of midday meals in all their often grim glory, her personal ratings for their culinary value, and her penchant for charming turns of phrase like "Whilst I was having my tea my blog went through 1 million hits!" Payne quickly became an international sensation. She also became a fierce agent of change.

Before long, a small revolution was brewing on cafeteria trays. Children around the world began submitting photos of their own school lunches for contrast, comparison and critique. Jamie Oliver, the world's most high-profile champion of better dining options for kids, took up Payne's cause, calling her "inspirational." Her local council soon revised its school eating plan to offer "unlimited salads, fruit and bread." And Payne helped raise nearly $40,000 for Mary's Meals, an international organization that sets up school feeding projects in underprivileged areas so students can get nutritious food.

In far too many places, including quite notably here in the U.S., we grossly shortchange our kids, sacrificing their nutritional needs for fast, cheap and convenient options that serve the industrial food industry rather than families. Martha Payne challenged that. She gave an articulate voice to the needs of children, with her impossible to ignore messages like "I'm a growing kid and I need to concentrate all afternoon and I can't do it on 1 croquette. Do any of you think you could?" But we all know what happens to radicals and free thinkers. The powers that be try to silence them.

On Thursday, Payne added a new post, ominously titled "Goodbye." "This morning in maths I got taken out of class by my head teacher and taken to her office," she wrote. "I was told that I could not take any more photos of my school dinners because of a headline in a newspaper today. I only write my blog not newspapers and I am sad I am no longer allowed to take photos. I will miss sharing and rating my school dinners and I’ll miss seeing the dinners you send me too. I don’t think I will be able to finish raising enough money for a kitchen for Mary’s Meals either." Seems the council took special issue with a recent piece in the Daily Record that ran under the headline "Time to fire the dinner ladies."

On the blog, Payne's father said that it was not the school but the Argyll and Bute Council that  decided to squelch Payne's photos. The Argyll Council then dug itself in deeper, defensively penning a response to "unwarranted attacks on its schools catering service which culminated in national press headlines which have led catering staff to fear for their jobs," adding "the information presented in [NeverSeconds] misrepresented the options and choices available to pupils … so a decision has been made by the Council to stop photos being taken in the school canteen."

Something about a soulless institution going after a likable, well-intentioned kid just doesn't play well, publicity-wise. Jamie Oliver promptly tweeted an encouraging message to "Stay strong Martha," and the Guardian encouraged readers to tweet pictures of their own lunches in solidarity.

And what do you know? On Friday, the Argyll and Bute Council issued a new statement, directly from its head, Roddy McCuish. "There is no place for censorship in this Council and never will be whilst I am leader. I have advised senior officers that this Administration intends to clarify the Council's policy position in regard to taking photos in schools. I have therefore requested senior officials to consider immediately withdrawing the ban on pictures from the school dining hall until a report can be considered by Elected Members. This will allow the continuation of the "NeverSeconds" blog written by an enterprising and imaginative pupil, Martha Payne, which has also raised lots of money for charity." He also promised a "School Meals Summit" later this summer.

Scottish Labour's spokesman for children and young people, Neil Bibby, told the Daily Record Friday, "The day school pupils get punished for headlines written by other people is a sad one. The council should be welcoming such maturity and creativity from one of their pupils." With luck, they will. And they'll definitely think twice before trying ever again to shut down the likes of Martha Payne, who took a few photographs of her school meals -- and wound up giving the world a very teachable moment.