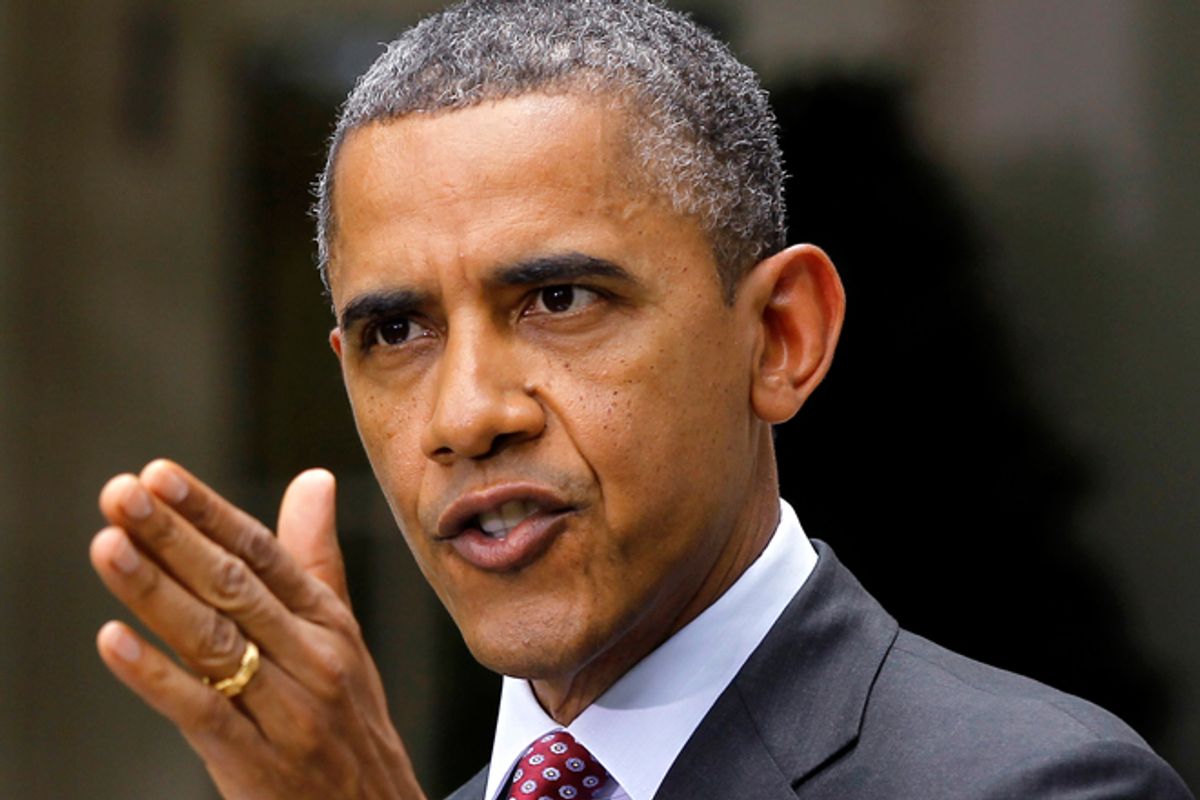 Barack Obama’s surprise decision to grant work permits to as many as 800,000 illegal immigrants who are otherwise law-abiding and who came to the country as children has the potential to boost his reelection prospects in three particular ways.

One, obviously, involves Hispanic voters, who sided with Obama by a 36-point margin in 2008. He has a similar advantage over Mitt Romney today, but there are some ominous signs about enthusiasm, with Hispanics lagging behind whites and African-Americans when pollsters gauge the likelihood of a voter actually showing up in November. In Gallup’s most recent data, 81 percent of whites and 76 percent of African-Americans said they’ll definitely vote this fall, compared to just 66 percent for Hispanics.

The good news for Obama is that this represents an improvement over April, when only 58 percent of Latinos called themselves definite voters. But his administration’s record on immigration has attracted the ire of Hispanic leaders. Today’s announcement has the potential to mend those fences and boost overall enthusiasm.

It also preempts an anticipated move by Mitt Romney, who went far to the right on immigration during the GOP primaries and who is looking for a way to tack toward the middle. The assumption has been that Romney would ultimately line up with a modified Dream Act proposal being drawn up by Florida Sen. Marco Rubio.

This was problematic for Obama, since immigration groups have been signaling their openness to Rubio’s basic framework – allow work permits, but not a path to full citizenship. So there was a potential for Rubio to roll out his plan, Romney to endorse it, and for momentum to quickly build behind it – making Obama seem like a weak leader and helping the GOP’s image with Hispanic voters. But with his action today, Obama has essentially made Rubio’s pending proposal official government policy. Obama looks like the strong leader here, and he also just blocked the path to the middle that his opponent was eying.

The final benefit for Obama is that this will bait the nativist right. Just before Obama made his announcement this afternoon, CNN had Joe Arpaio, one of the GOP’s most divisive anti-immigrant leaders, on its air. Iowa Rep. Steve King, who regularly speaks disparagingly of immigrants, is now vowing to sue to stop Obama’s new policy. It’s very possible that this will trigger an eruption of ugly rhetoric that will remind Hispanics why they’ve been shying away from the GOP and hurt the party’s image with all swing voters.

If there’s any political risk in this for Obama, it’s the simple fact that he’s taking an action that isn’t explicitly related to the economy, which will allow Republicans to claim – as they did during last month’s gay marriage saga – that he’s pandering to his base at the expense of creating jobs. That talking point didn’t seem to have any negative effect on Obama then, though, and it probably won’t now.