When the Walkmen organist had kids, he quickly realized music was only good if it has a beat and makes you shake it 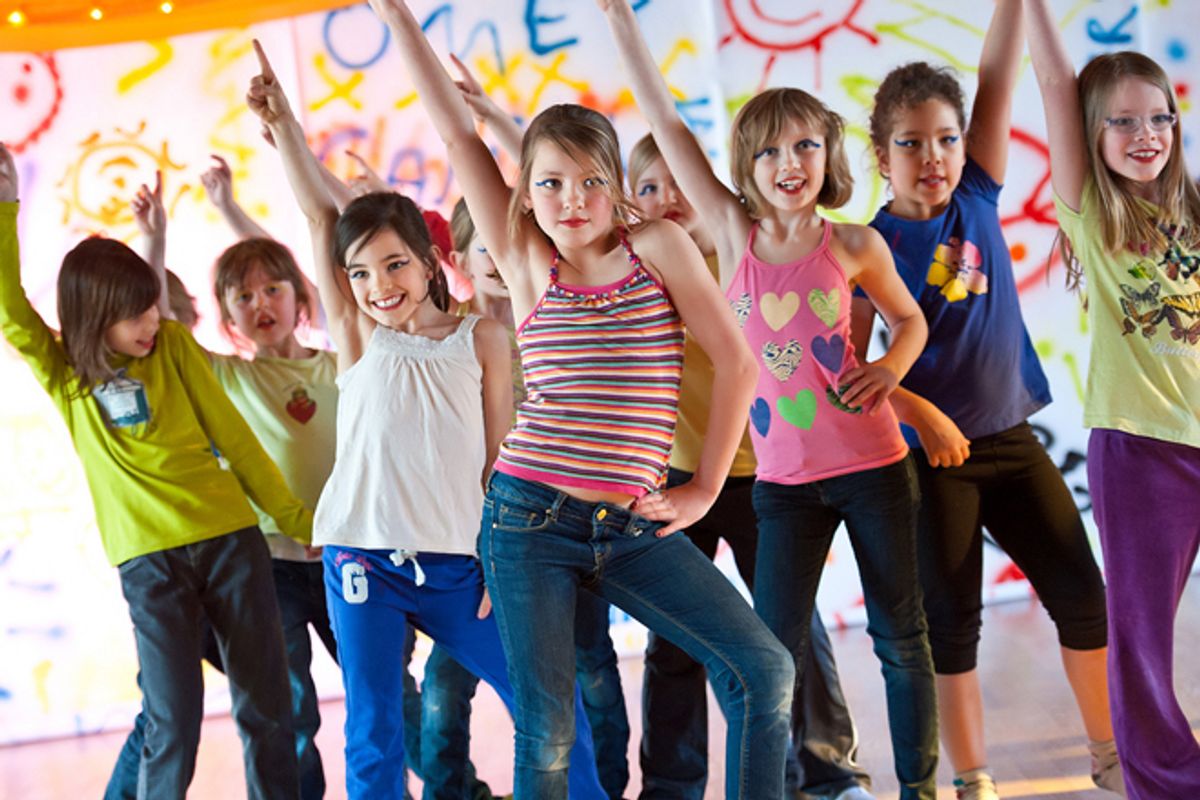 My son Otis has a record player in his room. My wife and I try to buy him records, give him ones we really want him to hear. Most of the time, the kids just sit up there and see how badly they can scratch them. I took him to a record store and bought him "England’s Newest Hit Makers" by the Rolling Stones. I told him I’d buy him a second record that he could pick out from the dollar bin. He chose the soundtrack to a movie called "Tales From the Hood" because it had skeletons on the front. We now have a house rule where you are allowed to listen to songs with curse words in them, but only if the songs are really good. We have another rule that you can tell a dirty joke but it has to be really funny. At about 7:30 a.m. one Saturday, I woke up to him blasting "Success" by Iggy Pop. There is a line at the end I forgot about when I put it on a mix; nonetheless, I was happy to hear it.

As a rock 'n’ roll musician it’s hard not to want to pass on to your kids a love for music as you loved it, your favorite singers, bands and songs, but like most things you try to teach your children, you end up learning something new yourself or find yourself remembering something you had long ago forgotten. One notion that comes back quick is that rock 'n’ roll is really only any good if it has a beat and you can dance to it. There is no beating around the bush, nothing heady about it. Children may not like a lot of things you like, but what they do, I guarantee is probably pretty damn great. Kids love the Ramones -- every kid I know. Kids do not like the first Palace Brothers record. When he was 2, my son introduced himself to strangers, waitresses at restaurants, distant relations and so forth as Bob Dylan. He thought the name was funny. Once he heard a few songs, he quickly dropped it and started calling himself Sharptooth. These days, Otis is 6 and his favorite songs are "Ruby Tuesday" (great!) and "Bad Romance" by Lady Gaga, which he only heard secondhand from kids singing it at school. He’s not so sure of himself now since we showed him a clip of it on the Internet, but remembers seeing her on the cover of a magazine with an AK-47 bra.

I think I’ve done a good job getting him interested in music, talking about music, playing instruments around the house, making a racket. There is a certain nostalgia to playing old songs for your kids, things you can remember discovering. It gets right at what’s maybe great about popular music in the first place. It’s that sense of time and place, of nostalgia and memory that fills you up with something you can’t really find another way to voice.

Last Friday night, all the parents were drinking up on the porch and it was dark already, there was thunder in the distance but the storm was still far off and no one wanted to go home. There were about 10 kids, all different ages, over in my friend’s backyard -- he sells real estate now but he used to be a rapper. My little girl Lola was the youngest, she just turned 2. Big Lola was the oldest, she’s going on 10 or 11. The boys broke out the flashlights, taking turns making a spotlight on top of a picnic table. There was a trampoline and the lights were flashing out in the dark and everyone was dancing, picking out songs and singing along. One girl did a choreographed dance to an R&B song she’s working on for a talent show. They had a dance circle and each kid hopped in the middle for their big break. Otis kept asking if they had "Guns of Brixton." No one left until the rain started coming down.

My father was a psychotherapist but I can still remember him and his old Irish drinking buddy Big Pete around a campfire, drinking benedictine from paper cups, making us dance when we all grew into teenagers and wanted to be anywhere else, blasting "Sloop John B" out of a boombox and the dog howling along. They had a sailboat named "Blueberry Hill" and they played that song over and over until the kids were ready to jump ship. I hope it’s a very universal feeling. It’s nice to have all the little kids come over nowadays and expect the parents to start drinking wine, throw pillows all over the living room and have a dance party. It’s moments like these I hope they remember, that make me feel like I am doing my job.

My kids have grown up with rock 'n’ roll music. My son always finds a way onstage at our concerts. He wrote a short story in his class about getting to see the Fleet Foxes' tour bus. Sooner or later things like this will fail to impress them. When our children are older, they’re probably not going to remember a thing we’ve taught them or told them, but maybe they’ll remember that feel in some song, remember sitting around listening to music with their mom and dad, dancing around the house.

Peter Bauer plays bass and organ with the Walkmen, whose latest album is "Heaven."

Editor's Picks Music Trust Me On This