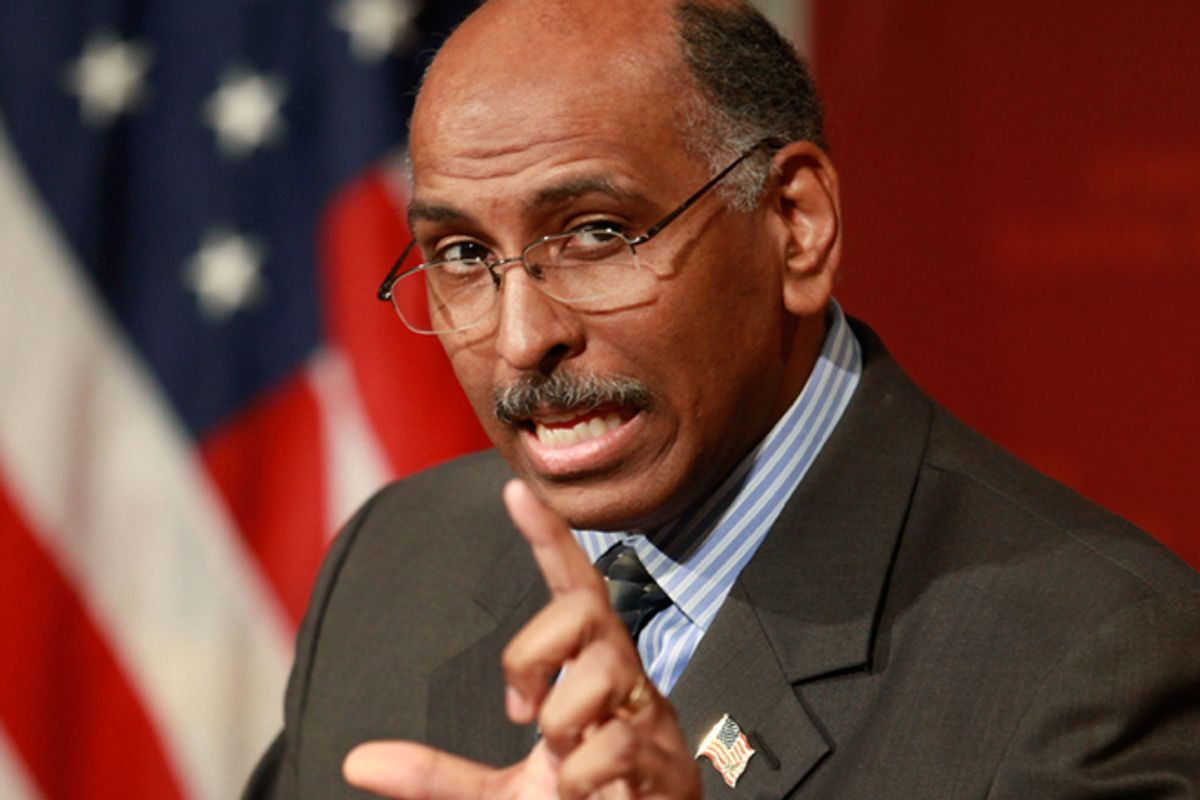 It is a bit inaccurate to refer to Fox News Democrat Lanny Davis and MSNBC Republican Michael Steele as "unabashed partisan warriors," in that Lanny is not particularly partisan and Michael is a notably inept "warrior," but that is how Howard Kurtz decided to refer to them in his article about how they are going to launch a consulting firm together.

"Launching a consulting firm" is something people with great connections and zero skills do all the time, and many of Washington's most successful firms already employ both influential Democrats and Republicans, but Davis and Steele added an always-fashionable "deploring partisanship" angle to their very boring announcement, which got pliable Newsweek media reporter Kurtz to bite.

Their new consulting firm/lobbying group is called, and I'm not making this up, "Purple Nation Solutions." It is named after Purple Drank. Hah, just kidding, it is actually named after Michael Steele's favorite '80s Woody Allen movie, "The Purple Rose of Cairo."

Coincidentally, "purple" is also the color of the crayon Kurtz used to write down all of Davis' and Steele's quotes for his article. This is the laziest Howard Kurtz article since ... the last one, I guess. Kurtz not only accepts everything his subjects tell him at face value, but never bothers to actually explain why either of these two so frequently find themselves the targets of "negativity and personal attacks." In short, Davis makes his living doing crisis P.R. for dictators, lobbying against pro-labor and other liberal regulatory policies on behalf of corporate clients, and arguing, on Fox and in columns, that Democrats should abandon liberalism. Steele is the buffoon who left the Republican National Committee's finances in ruins during a period when various anti-Obama billionaires were desperate to spend money defeating Democrats. Both are hated most not by their supposed partisan opponents but by the people on their ostensible "sides," and they are hated for good reason.

Anyway, enjoy this video of Howard Kurtz having a friendly chat with these two detestable frauds on a roof, for some reason.