Ponderings on the new politics of extremism 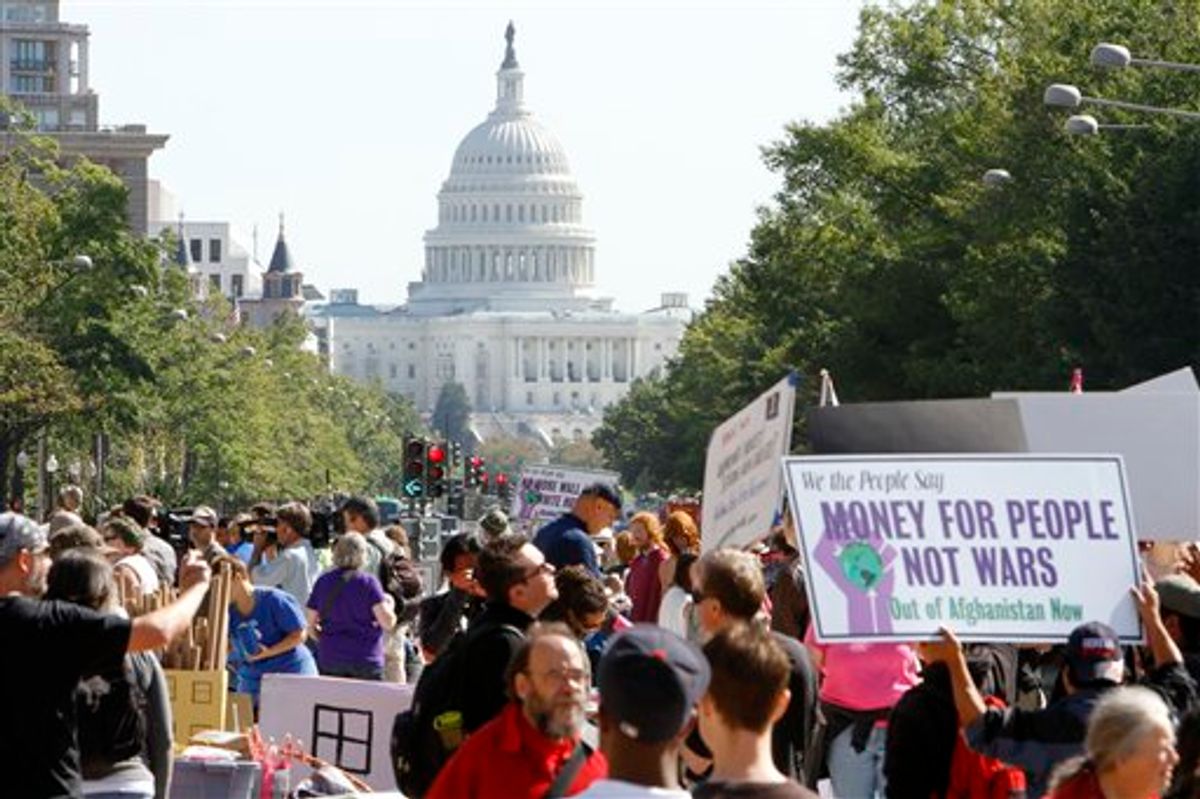 The only difference this time is Washington feels under siege, as if marauding bands are closing in on it. Unlike Europe, America doesn’t have feudal traditions that in the last century spun into fascism and communism. Our right and left are much closer to the center than are Europe’s.
But the American right — whose roots are found in Jeffersonian libertarianism and the Jacksonian alliance of small southern farmers and northern white workers — is moving further right, and pulling the Republican Party with it. It’s fueled by economic fears combined with racism, anti-immigrant nativism, and southern white evangelical Christians.

The puzzle is why Wall Street and corporate America are going along with it when their interests are so different. The new Republican right is anti-Wall Street and protectionist. It doesn’t want to expand immigration. It distrusts big business and opposes the sorts of special tax cuts, subsidies, and big government contracts that big business has thrived on. The Obama administration has been far better to corporate America and Wall Street than the new Republican right would ever be.

I don’t get it, but the alliance between the energies of the new right and the money of big corporations and Wall Street is formidable, and in this early summer of our discontent Washington can already sense the barbarians at the gates.