Updated: Citizens United banned campaign coordination with super PACs, but the GOP may have found a way around 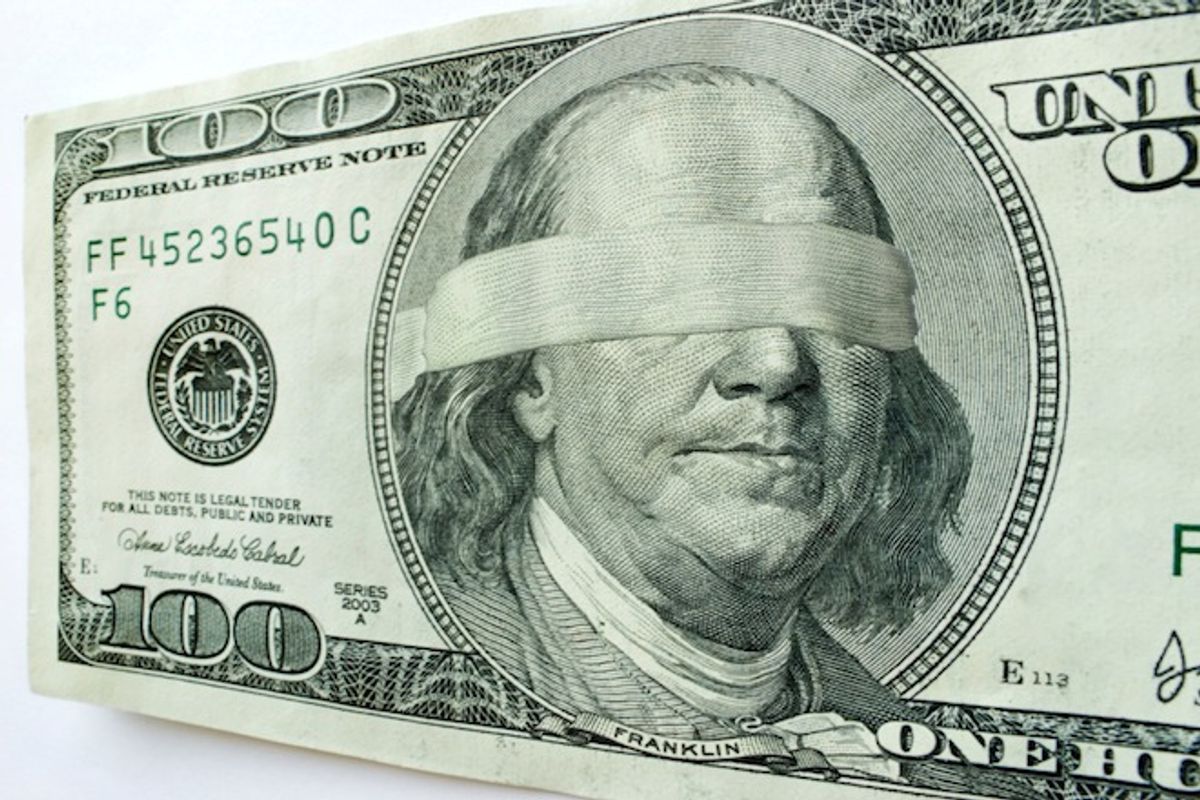 By now, you probably know that the Supreme Court’s Citizens United decision allows outside groups to raise and spend unlimited amounts of money on elections. You probably know that these groups often don’t have to disclose where that money came from. You may even know that, despite the court’s assurance that this money would be entirely independent of the candidates they’re supporting, there are many ways to coordinate without breaking the law. But you might not know how. In North Dakota, Republicans and outside groups appear to have figured out a clever workaround.

Last week, Crossroads GPS, one of the conservative political nonprofits tied to Karl Rove, dropped $70,000 in ads attacking North Dakota Democratic Senate candidate Heidi Heitkamp, bringing their spending to approximately $140,000 in the race so far. Heitkamp’s opponent is Republican congressman Rick Berg. It would be totally illegal for Berg’s campaign to talk to Crossroads GPS and tell them, say, where he thinks it would be most helpful for them to buy ads. But that doesn’t mean the message can’t be conveyed through an intermediary.

Last month, Berg’s campaign finance filings to the FEC showed that his campaign paid the Black Rock Group, a small but powerful Republican strategic consulting firm in Virginia, thousands of dollars for “communications consulting.” Meanwhile, American Crossroads, the “twin” organization of Crossroads GPS (they have the same staff, same offices and the same mission, just different tax and legal structures), is paying thousands of dollars each month to the same firm for “advocacy [and] communications consulting.”

All this might lead one to wonder if the same people at the firm working to help Berg’s campaign are also helping Crossroads’ pro-Berg campaign in North Dakota. One might also suspect that, even though Berg and Crossroads GPS are prohibited from coordinating, that someone placed conveniently between the campaign and the outside group could facilitate the activity on both sides. With just three partners, it seems entirely possible, even likely. But it doesn’t matter, as it would be entirely aboveboard.

When the Supreme Court overruled almost a century of campaign finance laws in its 2010 Citizens United decision and opened the floodgates to outside money, it made two promises to keep things in check: It expected groups to disclose their donors and activists, and it sought to prevent groups from coordinating with candidates. Both restrictions have proven to be farces.

“The statue and the Supreme Court have been very strong on preventing coordination. But the FEC regulations have basically gutted the laws and given us very weak laws to prevent coordination between outside spenders and candidates,” veteran campaign finance watchdog Fred Wertheimer, president of Democracy 21 told Salon. This, “despite the fact that the Court’s entire decision in Citizens United is based on the notion that the expenditures are going to be entirely independent from the campaign,” he added.

Indeed, as Bill Allison of the Sunlight Foundation told Salon, “the FEC has a very narrow definition of what coordination actually is.” As long as a campaign and an outside group don’t directly communicate, and their use of a “common vendor” like Black Rock doesn’t meet several specific criteria, they’re fine. “It kind of boggles the mind, but that’s what the FEC has defined and there’s nothing illegal about it,” Allison explained.

This opens up the possibility for all kinds of things that many average voters may view as obvious coordination, but don’t technically qualify. And while campaigns and outside groups have long used the same firms to provide services like polling, it’s entirely different when it comes to ad making, which has always been more tightly regulated by election law. When you have a tidal wave of outside expenditures, this worries campaign finance watchdogs.

“It makes the coordination rules pretty meaningless,” the Campaign Legal Center’s Ryan said. It’s the worst of both worlds. "We have all of this special interest money that we feared might be in the system, and none of the meaningful restraints on coordination, and very limited disclosure,” he said.

Allison laid out a hypothetical: “If they’re using the same people to buy ads, and the campaign is telling the ad buyer, ‘we want you to buy ads in such and such and such,’ and the ad buyer does that, the super PAC can then say, ‘well, run ads where they’re not running ads, or double their ads,’ or whatever. These guys are professionals and they know how to do this. That’s still not coordination.”

Back in North Dakota, we don’t know that any of this actually is going on, in part because of the other failed promise of Citizens United: disclosure. Crossroads GPS is a 501(c)4 organization, meaning that, unlike super PACs, it doesn’t have to disclose much of anything to the FEC. And we don’t know what kind of work Black Rock does for Crossroads or the Berg campaign. (Forti declined to speak on the record and forwarded Salon to someone else in the group, who did not get back to us before publishing. Crossroads forwarded us to Black Rock).

For its part, the Berg campaign denies any coordination:  "While we do work with Black Rock, there is no coordination between our campaign and outside groups and we have no knowledge of what their plans are. We cannot control what outside groups will do,” communications director Chris Van Guilder said in a statement to Salon.

But Allison said there are plenty of ways for campaigns and outside groups to legally coordinate, even without a common middleman, via consultants. “There can be coordination at the level of consultants, even if they’re not at same company,” he said, noting most of the operatives know each other socially or have worked together. Super PACs can also find out where campaigns they’re supporting are buying ads by contacting their opposing candidate, ironically, which keep track of such information.

And in the new world of campaign finance, no one is better positioned to facilitate GOP non-coordination coordination than Forti, who sits in the middle of a powerful nexus of outside spending groups and GOP political firms all run out of the same office suite in Alexandria, Va. Dubbed “Karl Rove’s Karl Rove” by Politico, Forti is a key player in the world of Republican independent expenditure.  "I don't know of anybody who's got as important of a role with the major outside organizations, both in 2010 and in 2012," Charles Spies, the treasurer of Restore our Future, told Mother Jones.