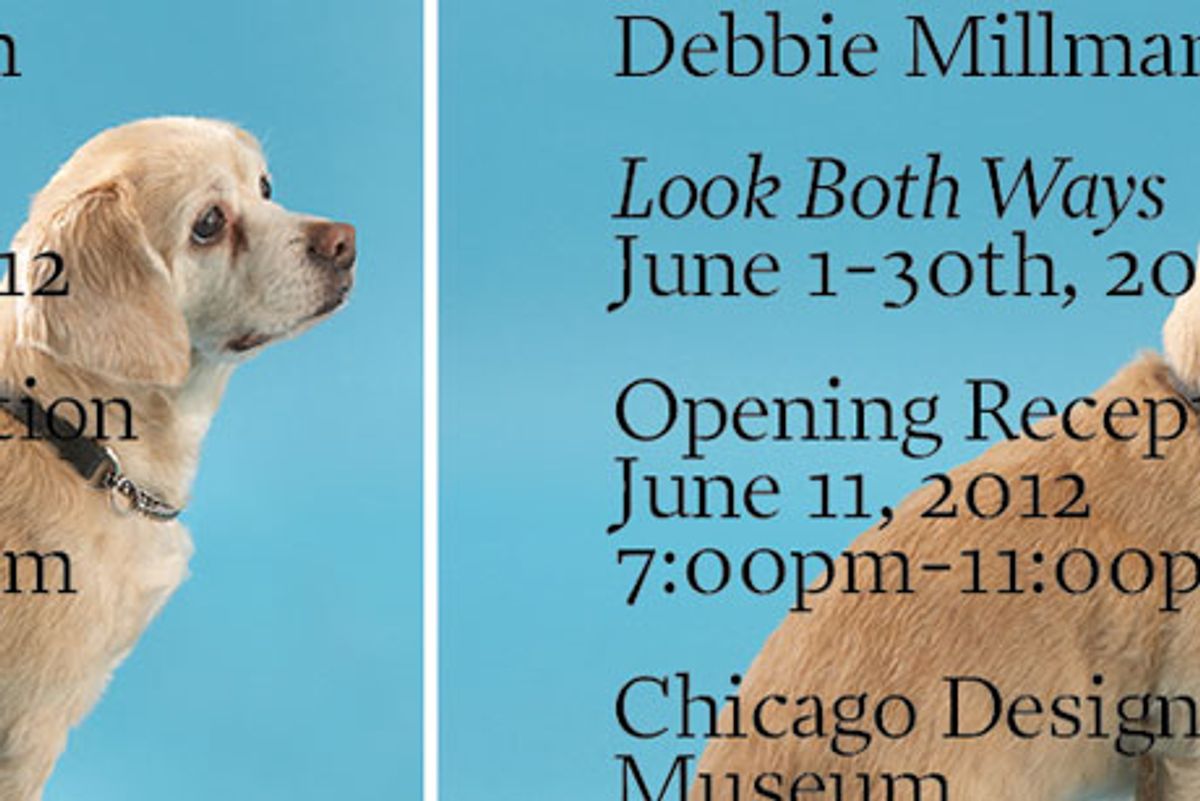 Here at Imprint, we’ve been lucky to have the inimitable Debbie Millman contributing a remarkable series of visual essays for the last two years. Millman, of course, is the president of Sterling Brands, the host of the online radio show Design Matters, and the chairwoman of the Masters Branding Program at the School of Visual Arts. She is also a witty, playful, and endlessly resourceful graphic artist, as we have seen in her illustrated essays — beguiling hybrids of design, art, and storytelling in which she has touched on everything from her first design job and turning 30 to her loathing of beer and her wishes for the New Year (2011 and 2012).

Now Chicagoans have the opportunity to see Millman’s inventions in person, at the show Look Both Ways, which had its opening party last night at the Chicago Design Museum. In the exhibition statement, Millman describes the thinking behind her visual essays:

Visual storytelling combines the narrative text of a story with creative elements to augment and enhance the traditional storytelling process. By design, it is a co-creative process resulting in an intimate, interpretive expressive technique. Visual storytelling utilizes both language and art to pass on the essence of who we are. Today, the visualization of our personal stories is an integral and essential part of the human experience.

I have been exploring the art of telling a story through a unique combination of images and words all of my life. In this body of work, I have tried to investigate the ability stories have to honor the diversity and commonality of our collective human experience.

Nearly every one of the pieces in the show originally appeared on Imprint (including a pair of graphic films showing Millman’s recent attempts at real-time movie drawing.) The exceptions are some self-described ceramic experiments and one piece that Millman applied directly to a wall.

If you can’t make it to Chicago for the exhibition, which runs until June 30, be sure to check out the Look Both Ways app, designed by Winfield & Co. There you can not only view selected pieces from the show, but also read the plain text—it’s interesting to note how the reading experience changes without the illustrations—or listen to Millman herself read from her work.

For more of Debbie Millman's illustrated essays, be sure to check out her 2009 book Look Both Ways, now on sale at MyDesignShop.com.