Why are some Republican lawmakers pushing an unpopular and doomed measure to roll back Obama's new policy? 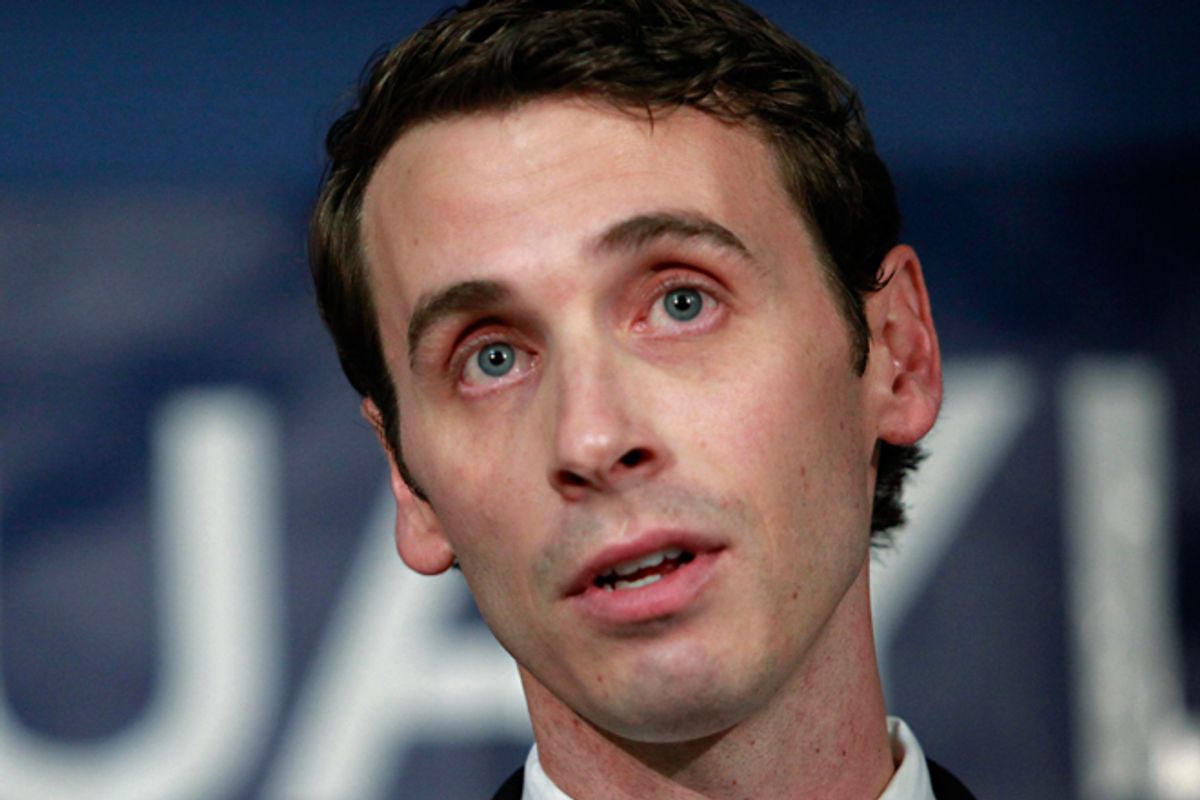 While the official response to the Obama administration’s immigration announcement  from the top rungs of the GOP has been largely muted or nonexistent, there are some moves lower down within the party to undo the policy. This, despite the fact that a rollback has zero chance of success and looks like a major political loser. Can they just not help themselves?

Rep. David Schweikert, a Republican from immigration-obsessed Arizona, introduced legislation Monday that would block enforcement of Obama’s new policy. “Last week, the president decided to grant amnesty and hand out work permits to hundreds of thousands of illegal immigrants, while over 23 million Americans remain unemployed and the civilian participation rate is at a 30-year low," Schweikert said.

There’s a similar bill from Rep. Ben Quayle, also from Arizona, which has the support of six other Republican lawmakers. Quayle’s "Prohibiting Back-door Amnesty Act" would also prohibit the implementation of the new policy. "President Obama and Secretary Napolitano's decision to end the enforcement of many of our nation's immigration laws is stunning in both its arrogance and shortsightedness," Quayle said.

And yesterday, a group of 20 Republican senators led by Chuck Grassley, R-Iowa, sent a letter to Obama questioning the legality of his immigration decision. “It is astonishing that your administration would grant work authorizations to illegal immigrants during this time of record unemployment,” they wrote.

The policy has also drawn the ire of at least a dozen other Republican lawmakers, and Rep. Steve King, R-Iowa, has threatened to sue the Obama administration to prevent it from going forward.

Bills like the ones Schweikert and Quayle proposed have no chance of becoming law, and will likely only serve to alienate Latino voters, who overwhelmingly approve of Obama’s new rule. Even if their legislation passed the House -- Speaker John Boehner criticized the policy, but made no suggestion that he wants to undo it -- it has little hope of clearing the Senate, where Majority Leader Harry Reid has praised the policy. And if by some miracle it did clear both houses, Obama could always veto it. So the legislation is little more than a suicide run, both in terms of policy and perhaps politics as well.

Sixty-four percent of likely voters said they agreed with the ruling, with just 30 percent opposed, according to a Bloomberg News poll. And independent voters approved it by a 2-to-1 margin. Meanwhile, Obama’s already-strong support among Hispanics surged, especially in swing states, while Mitt Romney and the GOP remain unpopular. The decision seems to have single-handedly erased the “enthusiasm gap” Latinos felt for the president.

It’s no wonder Romney has failed to come up with anything meaningful to say about the decision and Senate Minority Leader Mitch McConnell punted yesterday, deferring to Romney. But at least saying nothing is better than actively opposing the highly popular move in a hopeless legislative push.

But, at least when it comes to Schweikert and Quayle, they likely don’t have the best interests of their party or its presidential nominee in mind. The two are running against each other in a member-on-member primary in Arizona’s 6th Congressional -- redistricting forced them together -- and their bills are likely more about posturing for the GOP base at home than winning over the middle.