The new mom is spotted with a cigarette. So what? The phony online anger needs to stop 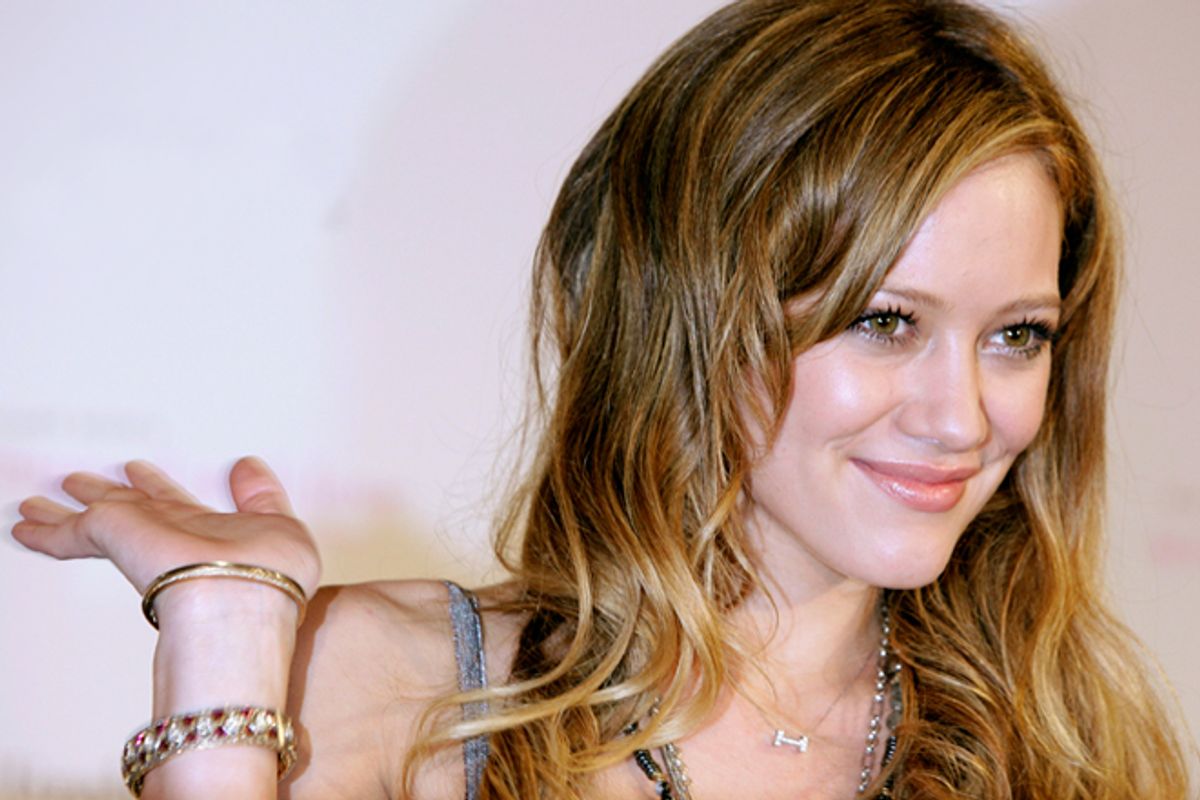 Celebrity moms are supposed to get "bikini hot" in three weeks. They're supposed to say cute things abut how "awesome" motherhood is. They're definitely not supposed to be photographed lighting up outside of bars. So now you know, Lizzie McGuire.

When Hilary Duff, who gave birth to her son in March, was snapped clutching a smoke in front of L.A.'s Rock N Reilly's Irish Pub, it set off a wave of concern-trolling heard round the world.

The ever-subtle Daily Mail tsk-tsked that "Getting pregnant is a handy time to ditch those bad habits you haven't quite had reason to dispatch with… But not for Hilary Duff." The story did go on to faux-commend her for "eating healthy food and keeping up with her Pilates as she tries to regain her pre-pregnancy shape" and for "working hard to shed her baby weight." Did they mention she's really trying to not be so repulsively post-partum looking?

More enthusiastically, MTV OMGed, "PLEASE STOP HILARY!!" with two exclamation points for gravitas, adding, "We have a hunch that the new mom might be using smoking as a way to curb her appetite. And Hil, we're not at all opposed to a few weight-loss shortcuts." Crushable, meanwhile, could barely fan itself coherent enough to opine that "it makes me want to crawl into a crib with her new adorable baby son Luca and just cry" over her "highly irresponsible decision." Crushable still wins the least-obnoxious response award for not mentioning Duff's weight.

Duff, expectedly, took to Twitter to insist "Yikes me holding a cigarette for my friend might have been a bad idea! pretty bummed about the photo. Sorry guys, looks worst than it is!"

Let me point out here that as a nonsmoker, an ex-smoker and a person who has lived many years, I have been asked to hold a cigarette for a friend exactly never in my life. And Duff does seem to have a documented history of enjoying a cancer stick or two in her pre-motherhood days. But whether the cigarette was really hers or a (dry, wheezing cough, cough) friend's doesn't matter.

Yes, smoking is a filthy, disgusting, dangerous, smelly habit. This isn't a European movie from the 1970s. We all know that. But was Duff cooking meth at a Klan rally? Was she driving around town with her baby strapped to the hood of her car? Then what she does with legal substances on her off hours is nobody's goddamn business. Even the La Leche League, who are as hardcore as it gets about what moms do, say that "If a mother smokes cigarettes, her baby can still enjoy the benefits of breastfeeding." And as health writer Hanna Brooks Olsen writes in Blisstree, Duff is "a person with person rights. She can smoke outside if she wants." I'll drink to that.

Duff's days as a teen role model are long behind her. The actions in her personal life that do not directly, negatively affect her child – like those of any mother in the world – are not up for public debate. And if there's anything shameful about what happened when she was caught holding a smoke, it's not the cigarette. It's the completely psychotic tabloid eagerness to jump all over Duff's diet and exercise habits, as if getting her butt back in "pre-pregnancy" shape was the most important thing in the world. Maybe Duff smokes or maybe she doesn't. But it's the writers for MTV and the Daily Mail who can choke on it.