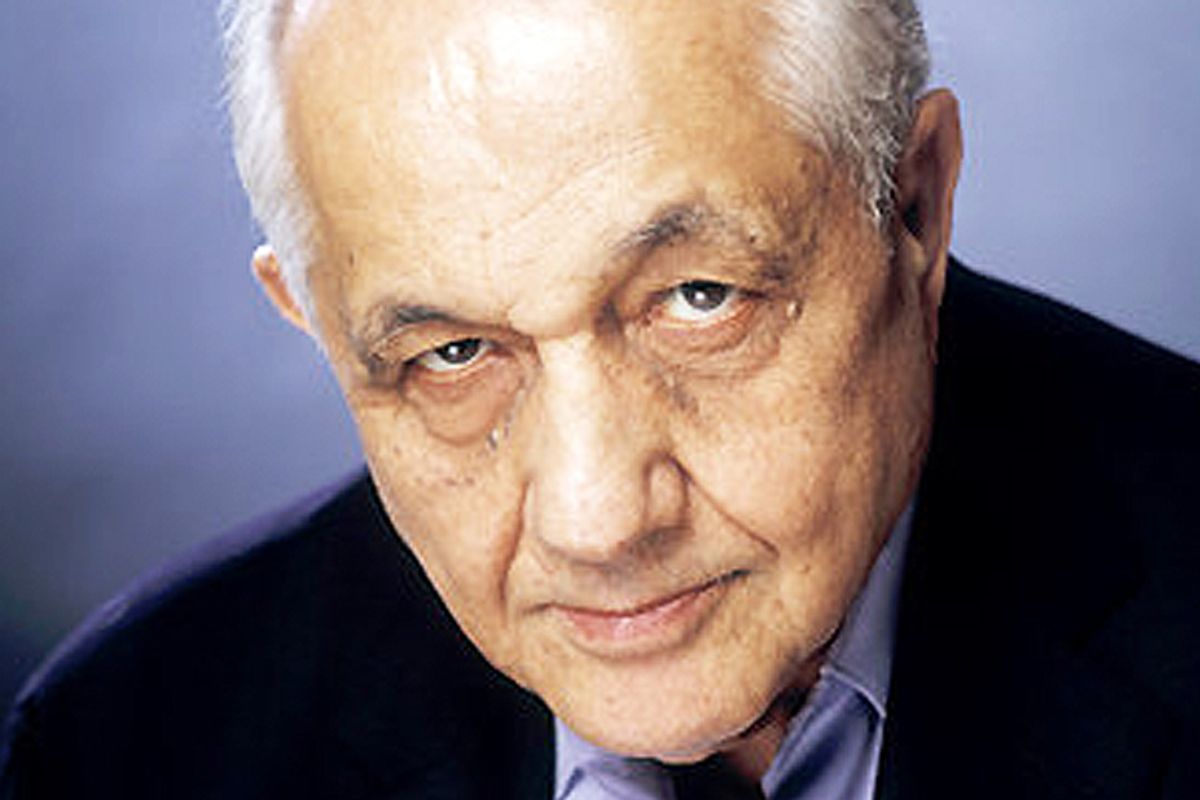 One of my first exposures to the idea that you could treat movies as a topic for serious intellectual discussion came during my brief tenure as a Columbia University student in the '80s, when I sat in on lectures by the legendary critic Andrew Sarris, who died on Wednesday at age 83. I was never enrolled in Sarris' lecture course (although I think my girlfriend was). It seemed much cooler to sit in the back of the auditorium smoking cigarettes -- yes, really! Those were the days -- and soaking up his erudite, almost courtly observations on the masterworks of 20th century film and their importance to the larger culture.

His lectures were memorable performances, sometimes wandering from one digression into another, Diderot-style, without quite losing the thread, and sometimes piercing right to the heart of the matter with a perfect bon mot. Some of Sarris' practiced witticisms have stuck with me ever since, like his description of the director of "L'Avventura" and "Red Desert" -- whom he largely admired! -- as "Antoni-ennui," or his quip about the soon-to-be-forgotten leading man of Stanley Kubrick's "2001: A Space Odyssey": "Keir Dullea, gone tomorrow."

But don't let me mislead you: Sarris was of course overarchingly serious, probably the most analytical and theoretical of the titanic film critics who dominated the New York media conversation in the 1960s and for some time thereafter. Others included Pauline Kael, Sarris' longtime rival, along with John Simon (once described by Sarris as "the greatest critic of the 19th century"), Stanley Kauffmann and the leading feminist critic Molly Haskell, who became Sarris' wife. It was precisely the fact that Sarris possessed such a wide-ranging intelligence that made his injections of humor so effective. When I consider his passions and obsessions -- he always looked for points of connection between avant-garde or art-house cinema and Hollywood movies; he loved the French New Wave but also claimed to have watched "Gone With the Wind" 48 times -- I am forced to conclude that those afternoons in the Columbia auditorium shaped my thinking and viewing life more than I've ever realized.

It's almost impossible, at this point in the 21st century, to imagine the world in which the feud between Sarris, then at the alternative-minded Village Voice, and Kael, who reviewed for the literary-establishment New Yorker, had so much resonance for so many people. In a sense, they were both victorious. Kael's personal, emotional, deceptively casual direct address, and her focus on sensual or visceral pleasure, has become the basis for nearly all published movie criticism, and a lot of other things besides. (Kael was, in effect, a blogger long before the concept existed.) Sarris' baby, an Americanized adaptation of Jean-Luc Godard and François Truffaut's "auteur theory" -- the idea that the director is the true author of a motion picture, and the one person who can lend it artistic unity -- is now a bedrock assumption in almost all discussions about movies, even in the case of studio-produced mass entertainments where it's clearly not adequate.

On the other hand, Kael and Sarris both lived long enough to repent of previous dogmas, and to see movies and movie criticism (as they understood those things) swamped by a tsunami of cultural and technological change. Shortly before her death in 2001, Kael reportedly told a friend, "When we championed trash culture, we had no idea it would become the only culture." Sarris suffered the indignity of being laid off by the New York Observer three years ago, during the great collapse of print media, and told a New York Times reporter at the time that his pugnacious earlier self had been "a solipsist and a narcissist and much too arrogant" (almost exactly the terms Kael might have selected, way back when).

I often find myself in disagreement with Sarris about particular films and directors. Like him, I'm something of a formalist with a weakness for chilly, clinical construction, but I think his views on Hitchcock (enthusiastically pro) and Kubrick (largely anti) are completely backward. Sometimes his writing from the '60s and '70s can seem stilted from this distance, especially in comparison to Kael's freewheeling jazz rhythms. Here he is, recounting his famous decision to see "2001" a second time, while stoned:

I must report that I recently paid another visit to Stanley Kubrick’s "2001" while under the influence of a smoked substance that I was assured by my contact was somewhat stronger and more authentic than oregano. (For myself, I must confess that I soar infinitely higher on vermouth cassis, but enough of this generation gap.)

But what comes through in that passage, as throughout his work, as in those Columbia lectures that so mesmerized me, is a fundamental curiosity about movies and the world and an openness to experience. Sarris got baked and went to see "2001" again and changed his mind about it, something that very few critics are willing to do in public. (In that same 2009 Times interview, Sarris said that he apologized to Billy Wilder, late in the latter's life, for undervaluing his movies.) He saw cinema as a potentially transcendent art form, capable of delivering an experience that was intellectual, sensual and even spiritual. Whatever his flaws as a person or a critic, Sarris' work ennobled the movies, and as long as that possibility of transcendence lingers on the screen, he will not be forgotten.