Will the Republican nominee reinstate the global gag rule on abortion? 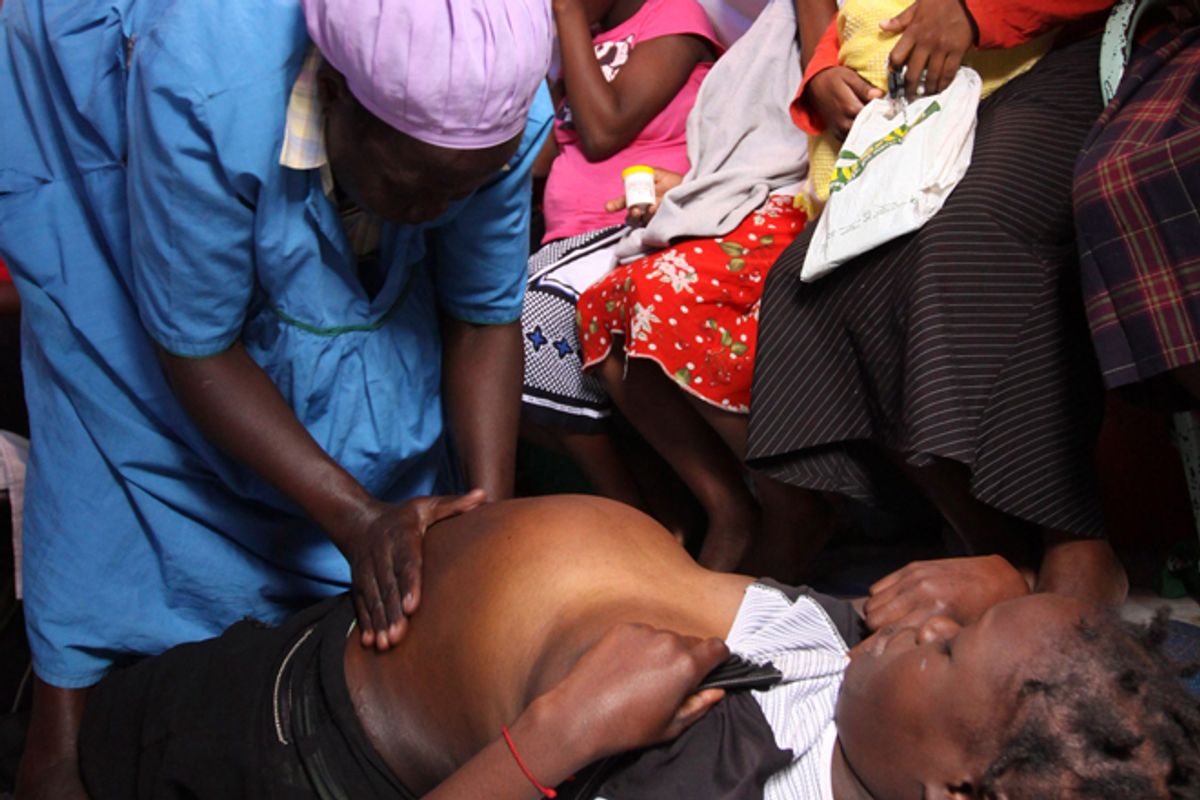 A birth attendant massages one of her clients at a clinic in the Korogocho neighborhood of Nairobi. (AP/Khalil Senosi)
--

As much as reproductive rights were catapulted into major campaign issues this cycle – in the Republican primaries and beyond – one political football has remained unaddressed. That would be the global gag rule, which bars international organizations receiving U.S. funding from providing, referring for or even discussing abortion. It’s been implemented by every Republican president since Reagan and promptly lifted by Clinton and Obama. But reproductive health advocates here in Kenya haven’t stopped worrying.

Rosemarie Muganda-Onyando, a longtime women and adolescent health advocate who now works with the group PATH, put it pretty bluntly.

“We’re not sleeping at night.” She added, “If Mitt Romney did win – oh please do not talk about it.”

During the most recent round of the gag rule, lack of clarity even among advocates created a chilling effect. (Abortion is legal in Kenya in cases of risk to health and life, as well as in cases of sexual violence, though the constitutional provision is still poorly understood.)

“I think people just got really scared,” said Muganda-Onyando. “From our understanding, if you had any work on abortion, whether it was just prevention or education, even if that funding came from somebody else, you couldn’t get any funding at all. Even for a project on agriculture.”

An estimated 30 to 40 percent of maternal deaths in Kenya are attributed to unsafe, illegal abortion. At the same time, the decline in the fertility rate flatlined. There was another complication: “As HIV/AIDS money increased by leaps and bounds, you also did see a substantial decline in support for family planning."

“We know that a Republican win could reverse some of the gains that have been made because since it was listed, “there’s been an increase in the U.S. government’s investment in family planning,” though another advocate told me that not that much has changed and some international staff don’t seem aware the policy has been lifted. Still, she says, “Right now the U.S. government invests more money in health in the region than any other country,” including healthcare projects like PATH’s, which serve an estimated 8 million people.