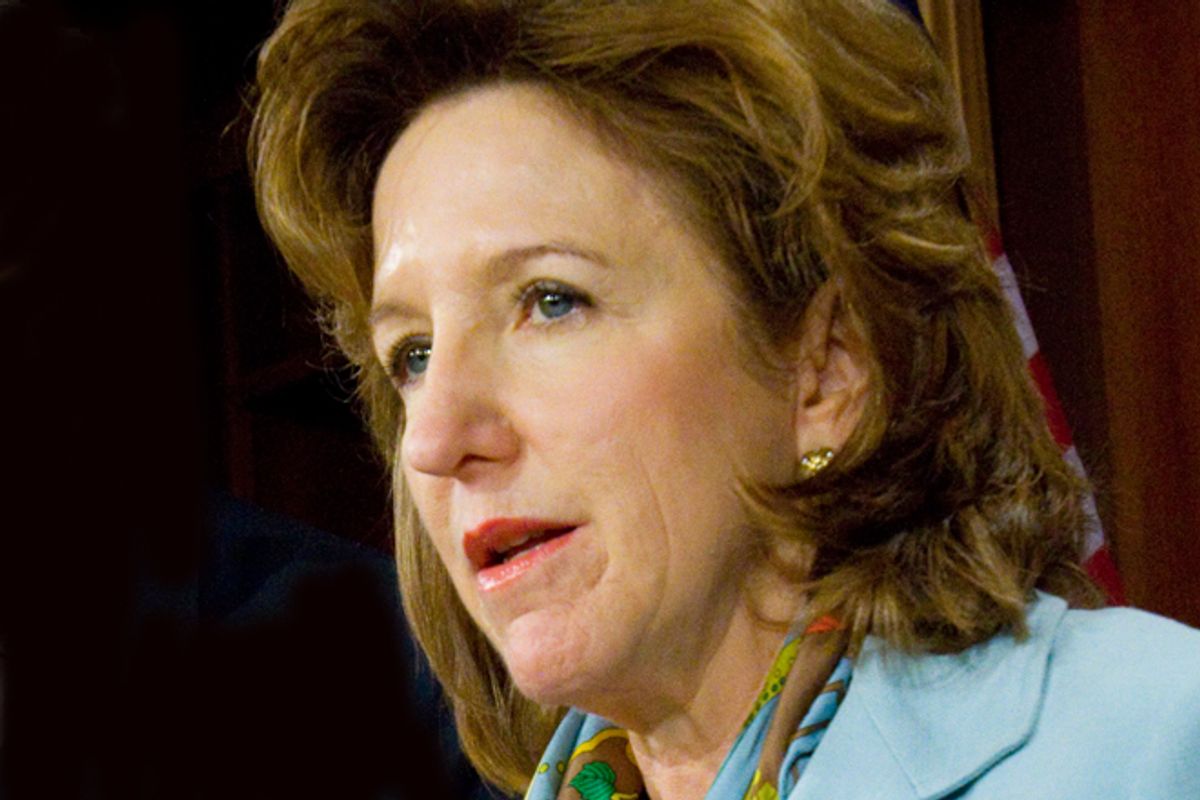 On a conference call with reporters Wednesday morning, Sen. Kay Hagan, D-N.C., promoted a bill she has introduced that would prohibit for-profit colleges from using taxpayer-funded financial aid for marketing, recruiting or advertising purposes.

Make no mistake, Hagan's bill, if it becomes law, would cut for-profit schools off at their knees. The top 15 publicly traded for-profit colleges derive 85 percent of their revenue from federal financial aid. If they can't spend that money on marketing, recruiting and advertising, then they effectively can't market, recruit or advertise -- or at least not at anywhere near the scale they currently do.

I reported last month that Corinthian, one of the biggest for-profit colleges, spends a quarter of its $1 billion-plus revenue on marketing and recruiting. But in the course of answering a question I asked Sen. Hagan about the assertion by for-profit school lobbyists that more regulation would decrease educational opportunities for low-income Americans, minorities and military veterans, the senator delivered an even more eye-popping statistic. Hagan serves on the Senate Health, Education and Labor and Pension Committee that has been leading the government's investigation into the for-profit sector. One of the schools the committee looked at, said Hagan, had 1,700 recruiters and only one counselor.

A little follow-up research reveals that school to be Bridgepoint Inc., a relatively recent, but very fast-growing entry into the for-profit sector. According to HELP committee analysis of data provided by Bridgepoint, as of March 2011, Bridgepoint employed 1,703 recruitment sales staff, and only one job placement counselor. Bridgepoint spends 30 percent of its revenue on marketing and recruitment. (The Chronicle of Higher Education reported in February that Bridgepoint did not contest the numbers in a press release.)

Why would a school with a total, at the time, of 77,892 students, need 1,703 recruiters? An extraordinary withdrawal rate of 84 percent from its two-year associate degree program might go some way toward explaining that. To keep generating new revenue from federal loans, Bridgepoint must keep enrolling new students.

Bridgepoint would not exist in its current form if Sen. Hagan's bill becomes law. Technically speaking, that might be construed to support the argument that the type of student that enrolls at Bridgepoint -- low-income, minority, military veteran -- would have fewer opportunities for an education. But given those withdrawal rates, as well as the very high student loan default rates that plague the for-profit sector, one has to ask, is that such a bad thing?