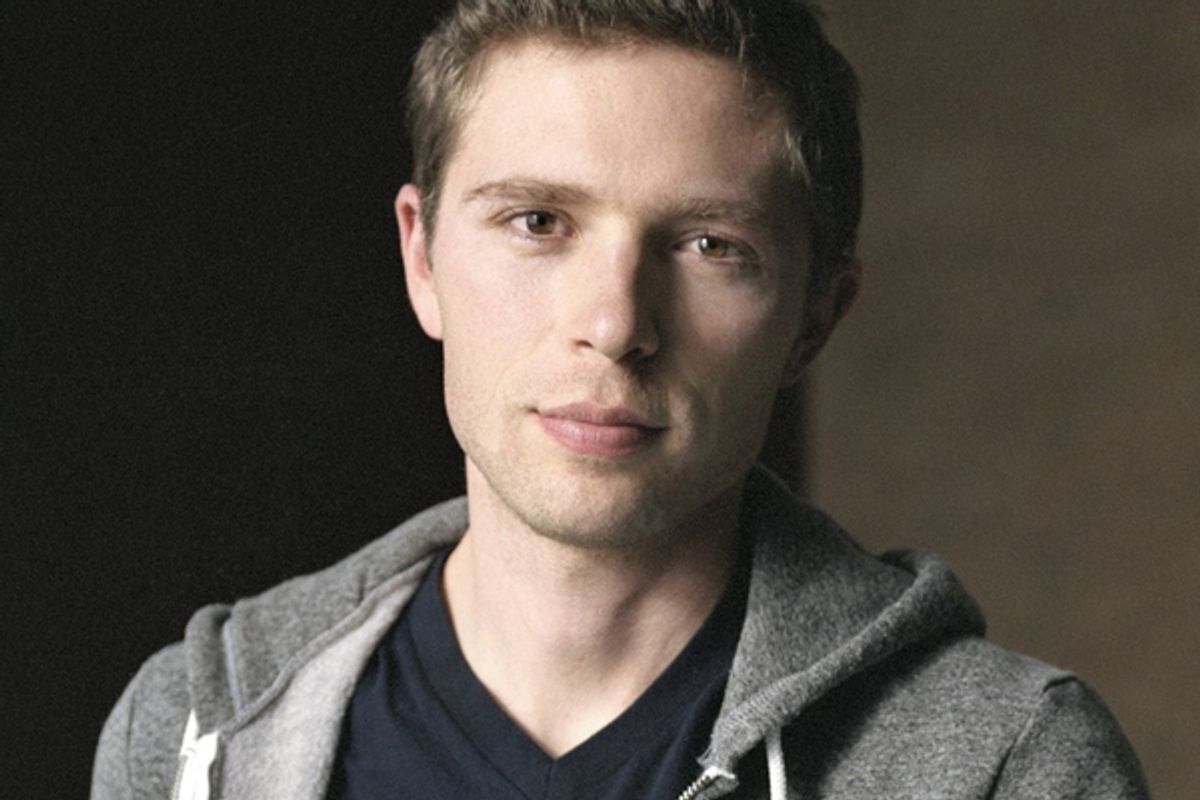 On Monday night, some 400 people attended a fundraiser at the cavernous Brooklyn Brewery, most of them people whom magazine editors in New York contend to be a rare breed: serious women writers. It was a benefit for VIDA: Women in the Literary Arts, the organization that recently shamed many editors by compiling byline statistics that showed that the "serious" journalistic publications of this country, including Harper's, the Atlantic and the New Yorker, overwhelmingly publish men.

This week, one of those men who writes for one of those publications -- Jonah Lehrer of the New Yorker -- has found himself in a tight spot. On Tuesday morning, the media reporter Jim Romenesko pointed out that the opening paragraphs of Lehrer's mid-June post to his New Yorker blog, Frontal Cortex, had previously made an appearance in an October Op-Ed Lehrer wrote for the Wall Street Journal. By midday, a reporter at New York magazine's Daily Intel blog spotted a few more double-dips -- anecdotes and examples reused in different stories -- and everyone was off to the races. The New Yorker added unhappy-sounding caveats to most of Lehrer's posts ("We regret the duplication of material”). A freelancer began cataloging, on his Tumblr, passages from Lehrer’s old New York Times Magazine pieces that later resurfaced in Lehrer’s posts at Wired. By Wednesday morning, the literary blogger Ed Champion had compiled an incredibly long list of repurposed material in Lehrer’s books and articles, and he was only a couple hundred pages into the book. Late yesterday, Lehrer finally commented, to the New York Times, that "It was a stupid thing to do and incredibly lazy and absolutely wrong." But so far, he still has a job at the New Yorker.

Is there a connection between Lehrer and VIDA? Well, yes. The attitude many editors take to byline counts was captured by New York magazine's Jonathan Chait (then at the New Republic) when he told the Jewish Daily Forward that he felt the problem was that young women lacked “confidence in one’s opinions and a willingness to engage in intellectual combat.” A somewhat less self-flattering explanation was offered at an event designed for young women journalists in New York last month, where this sort of thing was referred to by its proper name: “entitlement.” The import is clear: It isn’t the editors who need to change, it’s the women. They need to pitch more, be more confident. No distinction is ever made between confidence and arrogance; in this context they have identical definitions. And as the Lehrer scandal unfolded all I could think was: So this is what they mean? Lehrer clearly had the kind of confidence needed to succeed, complete with the book deals and hefty speaking fee to prove it, and look where it took him. Right off the cliff.

Mind you, I identify the cliff a little differently than most people do. I don’t think it’s an accident that the only term anyone has handy for Lehrer’s sins, “self-plagiarism,” is an oxymoron. Lehrer definitionally can’t steal from himself, and he didn’t steal from his readers, either. But what he almost certainly did was draw the ire of his bosses. If a man hires you to bake his bread, he doesn’t expect year-old loaves, no matter how well you insist they’ve kept.

Everyone now chewing over mouthfuls of stale bread has a theory about where Lehrer went wrong. Josh Levin at Slate says it’s because Lehrer’s quit being a journalist in favor of being an ideas man, an accusation oft thrown at Lehrer’s idol Malcolm Gladwell. Felix Salmon at Reuters says the real problem is that Lehrer wasn’t using blogs properly; he was producing “mini-New Yorker articles” rather than doing what a good blog does: “gloss the news.” They’re both only half-correct. It’s obviously possible to write well about ideas both at length and in blog format. But what it takes is flexibility of thought and a willingness to admit mistakes, neither of which are habits of mind the “confidence” model of professional journalism much admits.

Lehrer's shortcuts could be called a consequence of journalism's personal-branding age, but it's also the consequence of terrible thinking. Sadly for Lehrer, it’s not a mark of intellectual curiosity to repeat the same mantra, over and over; it’s a mark of dogma and blind, incurious faith. Even were it not the case – and it is the case – that critics have found inaccuracies in Lehrer’s work, it’s a bit disturbing that he hasn’t even revisited these issues enough, over the years, to tinker with the wording he uses.

That's the confidence that gets rewarded -- confidence that masks a lazy arrogance. “Vanity,” Salon's Laura Miller recently wrote about John D'Agata, another guy pretty sure of his understanding of the world, “has the effect of blinding an artist to the very truths [he] intends to pursue.” Perhaps a little bubble-bursting is the right order, if the point is to publish excellent work. After all, so confident were Lehrer’s editors in his talents they apparently didn’t read his old work close enough to notice it was being handed right back to them. Perhaps a little less confidence and some more self-questioning would have done them some good, too.

Michelle Dean is a writer, editor and attorney whose work has appeared in ELLE, the Awl, Toronto Life and elsewhere.